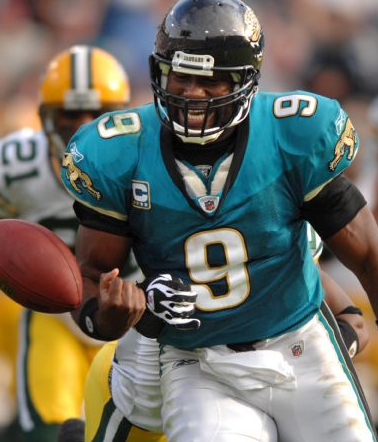 The Fumble, followed by the Recovery: The one bounce that went our way...

"A nice way to have the day end. I thought we did a nice job coming out starting fast. Offensively took the ball, wanted the ball, wanted to give our offense a chance to go down and score. We were able to do that to start the game; that was big. It's sure nice to jump out and get a lead. I thought once again, I think all year now, seven home games during the regular season our fans have been terrific, and I just want to thank all the people that showed up and supported us the way they did today. It's been a rough year, we understand that, and to have our core base show up like that, be that supportive, I'm very appreciative. I thought it was outstanding

(ESPN reported that Gregg Williams will not return next year. Is there anything to that?)

"No, that's people getting ahead of the story. Gregg does have a one year deal. He's got a lot of options. He's a very popular coach. He's a very good coach. He's got a lot of options. We have not visited on that. When he came in, I was lucky enough to hire him this year. He knew that we would get to the offseason and discuss. He's going to be a popular guy, very much in demand, not only for other coordinator jobs but for possible head (coach) jobs. So, he's earned that ability to take a good look around and decide what he wants to do. But people making things up like that… It hadn't come from me and anything that doesn't come from is just people speculating."

: David Garrard: (on almost losing the fumble on the last drive)

"You know I should have been thinking about what my wife tells me all the time, ‘There's always somebody behind you.' I guess she's saying I'm just not fast enough to outrun guys…which is true…and that was a prime example right there. Luckily some angels kept the ball close enough and I was able to corral it and not give up a terrible play."

: Maurice Jones-Drew (on the confidence during the losing streak)

"I don't think we lacked confidence. I just think we weren't executing that well and by showing everyone on the same page today showed that we can still do it. We went out and played hard. The defense did a good job of getting us the ball back, special teams did a good job, and on offense, we held up our end of the bargain scoring points. We pulled out a victory and had fun."

: Dennis Northcutt: (on what he was thinking after he dropped the pass early off his finger tips)

"Well number one, I should have had that of course and I know that more than anybody else, and (you) just got to move on and get the next one. Stay focused, eyes on the ball, follow it all the way in. At the end, I just didn't follow it all the way in. It was a drop by me and I just kept telling myself ‘stay focused, stay focused, the quarterback is counting on me.' It feels so good to have a quarterback like Dave [Garrard] because for the first time in my career, I have the best quarterback possible. We stay after, we work and work and the chemistry that we have, there is no way that I can do what I do without him staying with me everyday, and that's definitely the chemistry that we have."

: Reggie Hayward: (on moving on to the next game to face Peyton Manning)

"He's a tough guy to get pressure on and he doesn't get rattled very much and he's so quick to get rid of the ball. So it's going to be a great challenge and we're going to have to come in with a great game plan. If you mess up their timing, they can't run their offense smoothly so that's our job as defensive linemen to mess up their timing. Hopefully, we can get in their faces."

: Derrick Harvey: (on success of forcing the quarterback out of the pocket)

"Just working hard and trying to get after the quarterback."

"That was a turning point in the game. It came at a point where the momentum could swing either way. We brought out five defensive linemen and got low and just came off the ball and made a new line of scrimmage."