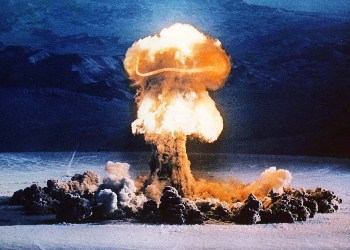 With that performance to tide us over until next Sepetmber, the 2008 Jacksonville Jaguars sulk off the field for the last time.  Never again will we see Reggie Williams drop a critical pass in the end zone or  Gerald Sensabaugh tackling in the secondary.  We saw Khalif Barnes and Company complete the season with David Garrard as the most hit quarterback in the NFL.  Amazingly, the most hit quarterback in the NFL also had the most Wide Receiver Drops in the NFL.  Ask Vic today said it best:

Vic: Can’t block and can’t catch is a bad combination.

The Ravens were playing for the playoffs while the Jaguars were playing for a sense of pride as they headed into the long dark offseason.  Fans discovered which is more motivating as the team laid an egg of a performance.  Other than a suprise 23-yard touchdown by Alvin Pearman and a nice 78 yard rushing performance by Maurice Jones-Drew, there's little to be proud of by their performance in Baltimore.

Did the Jaguars Quit?:

“This summed it up. That’s been the story. The good thing about it, though, the guys in this locker room – I know you all wrote us off early with everything that had happened – but these guys never quit. You can say whatever you want to say about us, but you never saw anybody in this locker room quit. We fought until the end. A lot of those games we lost, we lost at the end of the game – a play here, or a play there. So with that being said, the year didn’t go the way we wanted it to go, but you learn a lot about the guys. I think the coaching staff learned a lot about a lot of guys, and they learned a lot about the coaches, also.”

As does Maurice Jones-Drew:

“It’s been frustrating at times, but this isn’t my first losing season. In college, I was in two [losing seasons] and here, it is my first one. You just learn so much about the guys you play with, and I think the guys fought hard and a lot of people thought we were going to quit. We just kept fighting hard. Sometimes, the ball doesn’t bounce your way. We just have to get better and remember this and look back at it and see what we did here and know we have to fix it.”

The major organizational change for the Jaguars is already behind us with the resignation of James "Shack" Harris. Jack Del Rio, no matter what you hear, is 100% secure.  We will see the departure of Gregg Williams to (financially) greener pastures, as he's a free agent and I believe that his salary subsidy by the Washington Redskins is completed.  I've a sneaking suspicion that there will not be much attention paid to the Jaguars assistant coaches during the offseason for promotions from other teams, a disappointing 5 and 11 record will do that to your career options.  What ever happens, I hope that Joe DeCamillis stays with the team.  Despite the drop in special teams performance (12 men on the field, come on), he's one of the best special teams guys in the NFL.

There are a few people I'd like to see considered for defensive coordinator positions from outside the Jaguars.

In no particular order:

1. Sean McDermott: Former Defensive Back and Linebacker coach and current Secondary Coach for the Philadelphia Eagles.  Scott's overseen some of the best secondaries in the NFL, including his 2004-2006 years as secondary/safties coach where Brian Dawkins and Michael Lewis went to the Pro Bowl.  McDermott's spent nearly 10 years under Jim Johnson in his "attack style" 4-3 defense.

2. Chuck Cecil: Defensive Backs coach, Tennessee Titans.  Cecil's a hard hitting no-nonsense secondary coach that knows how to utilize players according to their ability, not according to "his scheme".  He also does not accept poor tackling and lazy hitting, which is exactly what the Jaguars defense needs after a year of arm swats and weak wrap-ups.

3. Mike Waufle: Defensive Line Coach, New York Giants. Look at the Giants defensive line over the last several seasons, especially in how they've adjusted to rookies, retirements, and injuries.  Waufle is no waffle on defense.

I'm glad it's over.  Now it's onto the re-tooling of the Jaguars for the future. Big Cat Country will be with it every step of the way.  So stick around!