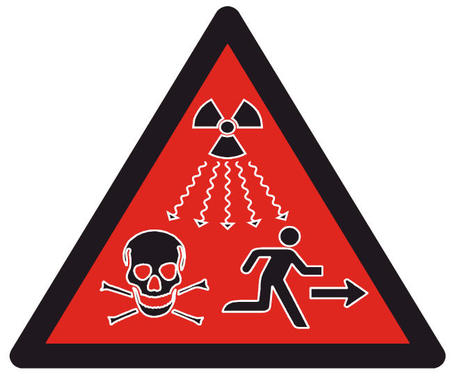 WARNING: DO NOT JUMP TO CONCLUSIONS

Today we continue with the theme of "things that terrify Chris about the offseason".  This episode is all about the Miami Dolphins and Atlanta Falcons and how their remarkable turnaround should not be applied to the Jacksonville Jaguars of 2009.  Please note: I am not concluding that the Jaguars cannot have a successful season next year, only that operating under the expectations that the team will turn around in one season will lead only to disappointment.  Hence the term "Meta-Jaguars".

The expectations we set for next season are defined by past experiences.  Conventional wisdom says that it takes more than one season to turn around a sub-par roster, especially an older one.  Unfortunately for the conventional wisdom, three teams emerged this year as an outlier to the multi-year rule of development.  Now, I don't want to downplay the remarkable accomplishments of the Dolphins and Falcons, I'm merely illustrating that the factors that brought them to the playoffs are unpreditcable and therefore unapplicable to the attitude we should have toward the 2009 Jacksonville Jaguars.

The Miami Dolphins fell into a starting quarterback just as their defense congealed under Tony Sparano, this combined with the loss of Tom Brady and the collapse of Brett Farvre allowed a 1 and 15 team to win their division.  Playing the entirety of the awful AFC West and NFC West also helped.  The Jaguars would have probably won a few more games had they played the Rams, Seahawks, and Raiders.  Of course, I'm cherrypicking a little bit here, but the proof is in the pudding, the Dolphins played a fairly easy schedule.  Don't forget that they played the Patriots after Tom Brady was injured and before they got rolling under Matt Cassell.

Now, with the "luck of the fates" was also some smart moves.  Tony Sparano turned a poor defense into one that could keep up with an occasionaly stuttering offense.  They also drafted the best big guy availble (BABG) in Jake Long, a move that kept Chad Pennington on his feet and the offense alive.  We've seen that adding a top tier rookie left tackle (Joe Thomas and Jake Long) can create instant offense in teams that are otherwise struggling.

Lessons: The Jaguars do not have a quarterback problem that will be suddenly solved at the last minute.  They may have an underutilized defense that a different defensive coordinator could bring to life, but the age on the defensive line is only fixable through replacement and the draft, which is not a one year fix.  The lesson the Jaguars can take from the Dolphins is that drafting an offensive tackle can solve a lot of offensive woes, especially if surrounded by creative play calling and players that buy into a system.

Atlanta made aggressive moves to replace its GM and Head Coach, adding Tom Dimitroff and Mike Smith.  Smith, formerly of the Jaguars (duh) was considered an unknown prospect, at least to everyone outside Duval county.  What Atlanta got was a Head Coach/GM Combination that proved effective and motivating, espcially when dealing with a Rookie Quarterback in Matt Ryan.  Ryan, of course, was one of two quarterbacks that broke the rule that first year quarterbacks must struggle.  Then again, Smith/Dmitroff backed Ryan up with one of the best free agent signings during the offseason, Michael "The Burner" Turner, who's opened up a running game that protected Ryan through his occasional struggle.

Lessons: Good drafting and solid free-agent spending combined with the rarest of rookie quarterbacks lead the Falcons to the playoffs.  The Jaguars can learn from this, though again, they're not a quarterback away from winning their division.  They're also not infusing new blood into the franchise at the top, though Gene Smith is movement in the right direction.  If anything, can we have Mike Smith back?

The Moral of the Story:

The expectation for the 2009 Jacksonville Jaguars offseason should be simple: To restock the shelves on the offensive and defensive lines in order to build toward a better season than 2008.  Any selections or draft picks taken with the idea that they will turn the Jaguars into Super Bowl champs in one offseason are poor decisions.  The team needs to rebuild not reload, that takes time.  We cannot go into the free agency and draft period thinking that we're a left tackle away from taking down the Colts and Titans, though we could certainly use a left tackle.  This year we let our expectations get ahead of us, I'm as guilty of it as anyone.  I won't make that mistake this year, the 2009 Jacksonville Jaguars are rebuilding, I accept that, and will cherish every moment of it as one step closer to the ultimate prize.  But I won't allow myself to be deluded by the short-term turn arounds by the Falcons and Dolphins.  Good for them, by all means they deserve a tip of the hat, but expecting the Jaguars to do it just as fast will only lead to disappointment.