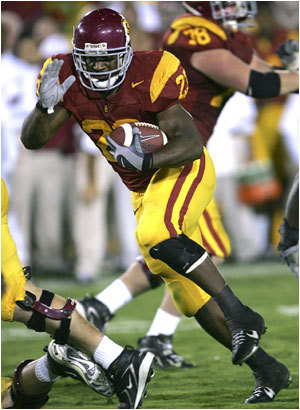 The Florida Times-Union is reporting that the Jacksonville Jaguars have signed 7th round draft pick Chauncey Washington to a contract.  Chauncey is the first of the Jaguars five draft picks to sign a contract.  The Jaguars recently released five players to ensure room for the draft picks under the 80-man roster limit.

The Jaguars have a strict policy to not release terms and conditions, including signing bonus and duration were not released, though for a 7th round player it's not much of a concern.

Washington is one of four running backs currently on the Jaguars roster, including Fred Taylor, Maurice Jones-Drew, and UFA Lavarus Giles.  Given the competition, it seems very likely that Chauncey is the 3rd running back on the depth chart.

The other Jaguars draft picks are yet to be signed, but given the release of the other players, it seems likely that others will sign up in the next few weeks.