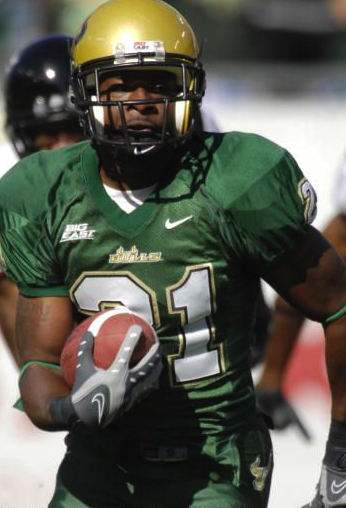 Adam Caplan is reporting to JagNation.com that Jaguars fifth-round pick, defensive back Trae Williams has signed a four-year deal.  Details at JagNation.com

Williams is expected to compete with Scott Starks and Gerald Sensabaugh for the Jaguars nickelback job.

Williams is described by scouts as a perfect nickel cornerback prospect. Trae Williams and Scott Starks will battle it out for the fourth corner position with the loser possible being the fifth corner, or cut if the Jaguars choose not to keep 5 corners.

The Jaguars now have three of five draft picks under contract.  Second round pick Quentin Groves and first round pick Derrick Harvey are next, and should be signed before the start of training camp.  As of now there is no indication that either pick is proving difficult to sign and both "should" be ready for next Friday's opening of training camp.

Trae Williams is going to have to prove himself a valuable asset in the Jaguars secondary to beat out Scott Starks, simply because Starks is beloved by the coaches for his hard work and willingness to do whatever they ask.  If the Jaguars carry five corners, Trae has a good shot, unless the 5th spot is for Brian Witherspoon, who can return kicks.

This is one of the more interesting position battles, albeit one that will be overshadowed by the battles at safety and linebacker.