Share All sharing options for: Jacksonville Jaguars Signing: The return of Paul Smith 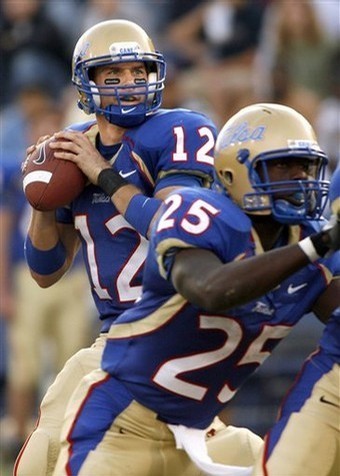 The Jacksonville Jaguars rounded out their practice squad today by adding former Tulsa Quarterback and Friend of Big Cat Country Paul Smith to the roster.  Paul had a somewhat rough training camp and was cut early on due to injuries and, ahem, holdouts, but will return to Jacksonville to develop on the practice squad.  While letting BCC interview him is an easy way to get some love over here, Smith is a solid choice as a developmental quarterback.  Remember, the Jaguars have nobody in the pipeline as far as building a future quarterback, even if it's a future backup, so having someone on the squad who can throw the pigskin is important.

Besides, he was kind enough to talk to us, and that's got to be worth something.  In all honesty, my approval of this signing has as much to do with him being a true "good guy" more so than his ability to translate what he did with Tulsa to the NFL.  There are a whole lot of good stories who get lost in all the bad news.  So it's nice to have something positive to watch.

Jamal Fudge was sent home today to open up a spot for free-agent cornerback William James, formerly of the Philadelphia Eagles.  They're a team known for solid secondaries, though James was probably the least important member of that defensive backfield.  He's a veteran signing like Aaron Glenn was last season, probably a guy who spends a lot of time on the bench or inactive on game day, but having a spot of veteran leadership is never a bad thing.

That's all I've got for now, back in the AM!