Share All sharing options for: Gene Smith given promotion to General Manager 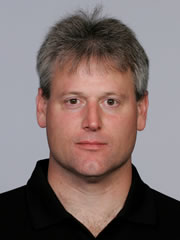 Alright, so I admit my tinfoil hat was on too tight in this situation. I thought the stars were aligning for the reign of Emperor Del Rio with the Jaguars. I figured Smith was Del Rio's mouthpiece and we were heading for a situation similar to the end of the Coughlin era where one man was in total control of the team. Instead, we have an annoucement of the first official GM in the team's history.

Speaking of the Coughlin era, I believe this move may have been motivated by Weaver's memories of what happened at the tail end. While I think Coughlin was a good coach, his track record as GM, was well, awful in my opinion. Now there is no room for Del Rio to try a power grab, and hopefully everything will be in harmony.

Collin and I will be doing a VS series later in the week and I will certainly address this move more during that time.