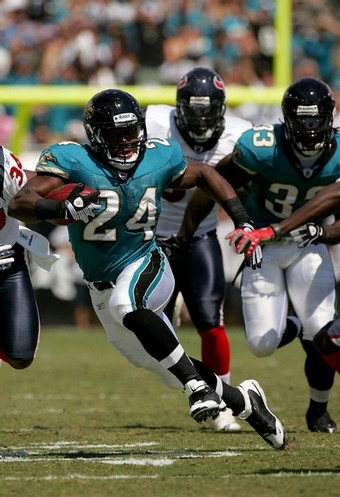 The Jacksonville Jaguars made quite a few mistakes in the 2008 offseason, especially in regards to contracts.  Players felt that hard workers were cast aside for expensive free agents or massive investments in players with only one true outstanding year (David Garrard).  This puts the Jaguars in a delicate position of having to offer contract extensions and restricted free agent tenders for the 2009 roster in a way that helps resolve some of the issues from last season.

The Jaguars took a good step in that direction by signing Special Teams ace and Fullback Montell Owens to a contract extension, with the terms (as usual) unreleased.  I won't sweat the numbers though, Owens deserves every penny, no matter how big.  This is a good insurance policy to protect the Jaguars from an injury to Greg Jones, Fred Taylor or Maurice Jones-Drew, as he's ready and willing to line up anywhere in the backfield.   He's a player who seems to get better the more time he spends on the field and will hopefully be rewarded with an increase in the rotation in 2009.

Of course, this signing also makes me wonder about Fred Taylor, as Greg Jones is likely seen as a player to move from fullback to running back should Taylor leave the Jaguars.  Owens would move to full time full back should this happen.

Anyhow, here's a tip of the hat to one of my favorite Jaguars, if anyone deserves a raise, it's Montell Owens!