Del Rio to be Defenisve Coordinator: Watch your back, Jack

Share All sharing options for: Del Rio to be Defenisve Coordinator: Watch your back, Jack 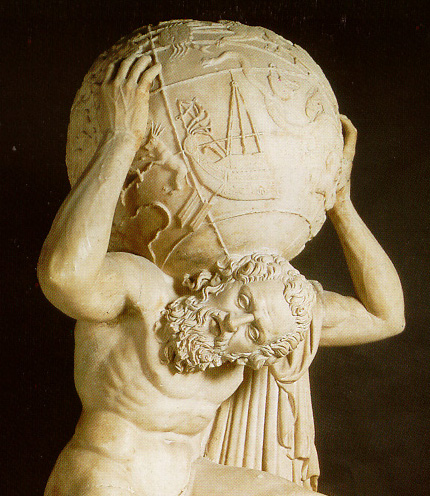 The weight of the team is on Jack's shoulders: Will he hold or will he shrug?

[Note by River City Rage, 01/23/09 11:29 PM EST ] So WOKV was wrong to say that Del Rio would be DC.  The Florida Times Union reports that Tucker will in fact be the defensive coordinator.

The Head Coach as Defensive Coordinator: One out of 32

With the announcement that Jack Del Rio will assume the duties of Defensive Coordinator, the future of the Jacksonville Jaguars comes into focus.  Del Rio will be the only coach in the National Football League that acts as his own defensive coordinator.  Sure, there are coaches with a defensive background, but they still have their own coordinators.  Wade Phillips had Brian Stewart, though the much maligined Dallas Head Coach might find himself doing what Del Rio does if the Cowboys fail to find a replacement coordinator.  Romeo Crennel, the "defensive genius" cut from the Belichick cloth had a coordinator.   The brightest defensive minds in football rarely if ever assume the mantle of defensive coordinator in addition to head coach.

What Jack Del Rio is doing, as best we can determine, is continuing his 2009 offseason trend of assuming 100% responsiblity for what happens on the field.  It started with the post-season press conference where Del Rio put the blame and accountabilty on his shoulders.  He rejected his previous approach of being a players coach, regardless of if it turns people against him or not:

"Smart and tough football wins," Del Rio said. "When you collect people that like football, that play with passion, that are unselfish, that give it up for a cause, that sacrifice for each other, you can accomplish great things. And that's what we're going to do. We're going to collect those type of people. We're going to coach 'em up, and we're going to go out and win a bunch of football games."

In essence, he's going back to square one.  Except in this case there is no margin for error.  Things are done on the field Jack's way, and if that leads the Jaguars to anything less than a winning season with a return to Jaguars style football, Jack Del Rio can expect to be jobless in 2010.

This year the axe fell on James Harris, next season it's Del Rio or bust.  Firing a head coach after the first year of an extension is vastly different than after his second, particuarly when Del Rio takes on the responsiblity for the on the field product.  His range of duties has drastically shrunk with the emergence of Gene Smith as the General Manager, thereby putting extra emphasis on excelling where he has control.  Every defensive snap, every blown 4th quarter lead, every big play allowed on 3rd down, each and every play is a referendum on the leadership and ability of Jack Del Rio.

Frankly, I'm not sure how I feel about this.  This raises many, many questions that we won't approach answering until September.

1.  Will Del Rio's focus on Defense open up Koetter and the offense?

2. Will the pressure of being Defensive Coordinator show up in his play calling, particuarly in deciding to bring pressure or "bend and not break"?

3. How will the players react to a coach who is so obviously on the thinnest of ice?

This will be something to watch closely.  I'd be curious to hear what everyone thinks of Del Rio the DC in the comments.