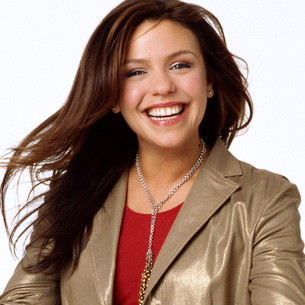 Things I never thought I'd post on Big Cat Country...

David Garrard, our embattled quarterback, will be a guest on the Rachael Ray show on Thursday.  No, the producers of the show did not pay me to promote his apperance.  In fact, if you made a list of things that I never expected to post on BCC, Rachael Ray is probably in the top five, if not number one overall.  David is going on for an NFL players cooking segment, where he makes his "Buffalo Chicken Dip" 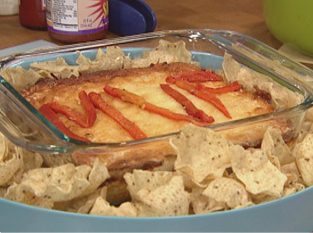 Notice the MVP spelled out in red peppers.

Anyhow, I thought this apperance was absurd enough to merit being posted, though I can't tell you exactly how to make this dip.  You see, the show's website has the recipies, but won't post the whole thing until after they air the show.  So if you're sitting at home today with a hankering for David's dip, you'll have to wait.

Here's what you'll need to make it though:

I'd be willing to bet that you take the components, put them in a pyrex oven safe pan, and bake it until it's melted and brown.  I can't imagine this being anymore complicated than that.

How about you, do you have any special recipies for tailgating food?