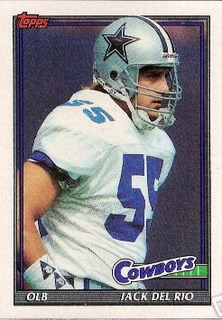 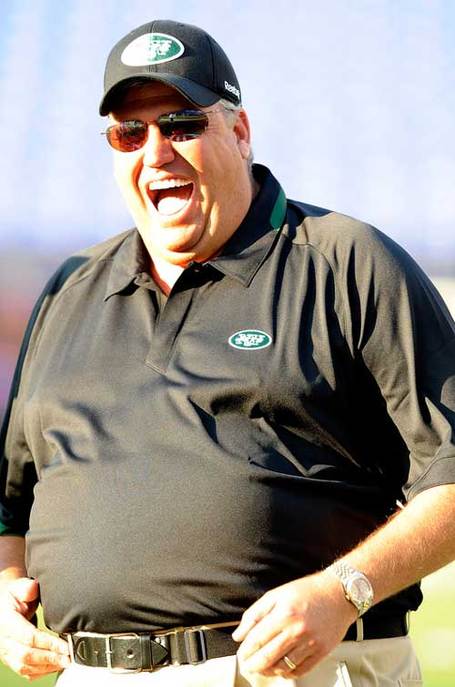 Welcome to the Playoffs:

The Jaguars face the New York Jets in what is a playoff environment for both teams.  The Jets and Jaguars are looking at the wild-card if they've got any shot at going to the post-season, and dropping to 4-5 would begin the long slow road to mathematical elimination.

Shocking Jaguars Fact of the Day:

If I was drinking coffee this morning, I would have spit it all over my screen at the most recent posting on Vic Ketchman's pre-game blog:

The Jaguars haven't thrown a touchdown pass on the road this year. That, in my opinion, has to change for the Jaguars to have any chance of winning today.

The Jets are going to blitz, blitz, and blitz some more.  Hell, I wouldn't be surprised to see Matt "Chimichonga" Sanchez on a blitz or two. (hilarious but potentially offensive link).  They're going to rush from every angle, every position, and on third down they will rush everyone.  David Garrard will have to know exactly where the ball is going on every snap, lest he sit in the pocket and be sacked by the waterboy.  The Jets have a tremendous cornerback in Darrelle Revis that they can lock onto Mike Sims-Walker all day and not worry about a Chief's-esque blown coverage.  The man-to-man coverage on the outside is what opens the doors to the Jailhouse Blitzes that the Jets employ on 3rd down.

Who are we rooting for and against:

Today, the Jaguars-Nation must be fans of the following teams:

Tennessee Titans: Ugh.  Is there anything worse than wanting the Titans to win?  I don't really understand why the Titans beating Buffalo effects the playoff picture, but I'll roll with it.

Washington Redskins: Denver's got some issues, Washington has to win one, right?

Philadelphia Eagles: Why is Norv Turner still coaching the Chargers?

If you really want to take it to the extreme, you root for Pittsburgh to beat Cincinnati and take the AFC North lead because the Bengals have lost to Denver and Houston, which are AFC losses that would hurt them in the tiebreakers and, thus, make the Bengals more vulnerable in a tiebreaking situation than the Steelers currently would be.

Does anyone know of a Sports Bar in Miami that's open to the possibility that someone might actually want to watch the Jaguars play?  There's no worse Sunday for me than when the Dolphins and Jaguars play at the same time.  Thankfully I have NFL Mobile Live on my Palm Pre and can at least be that awkward guy who's trying to enjoy the sports bar while listening to the game on his phone.

1. Feed the Ball to Maurice Jones-Drew, it works every time.

2. Know where the ball is going, especially on 3rd down.

3. When Mark Sanchez struggles, the Jets lose, Harvey, Smith, give him something to stress about.