Texas@Jacksonville ... When the Game was Won

Share All sharing options for: Texas@Jacksonville ... When the Game was Won

Make no mistake, the only way the Jaguars were going to lose was if  they beat themselves. They came out fired up and the energy lasted the entire game.  To prove it, here is the final drive sequence that won the game.  It was nothing special, just "We are better than you man on man".

It was just what everyone says, put the ball in the hands of the best player. Unfortunately, he needs a line to block.  The Jaguars couldn't punch it in earlier on four chances, so this final sequence was risky. 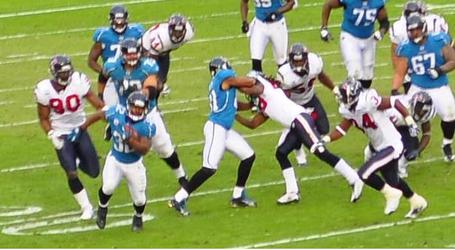 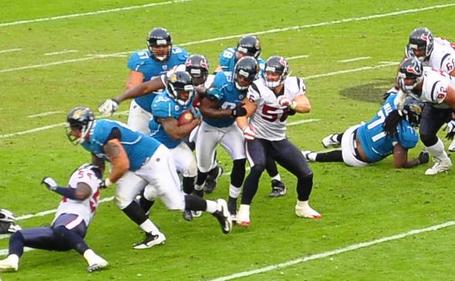 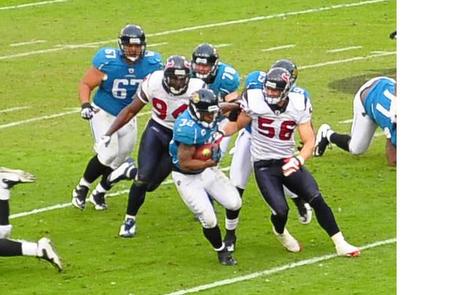 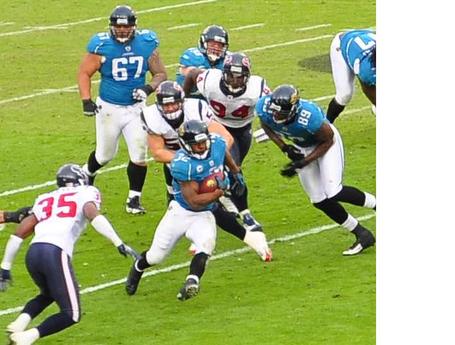 Another run to Eben Britton side. 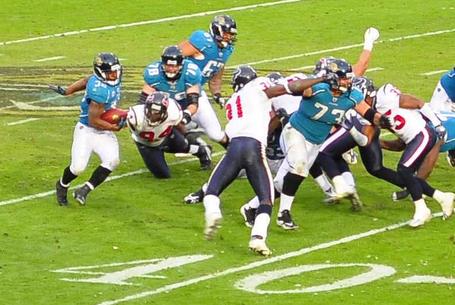 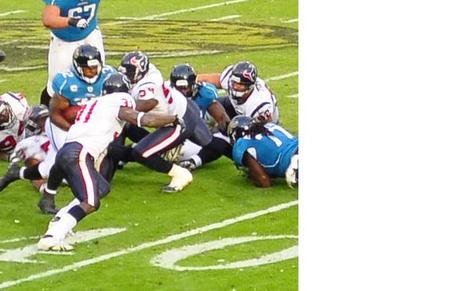 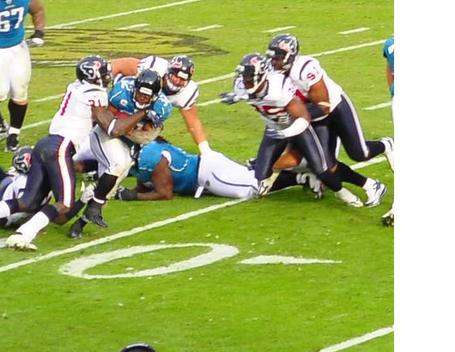 If he makes 3 yards we win.  We couldn't make three yards on the goal line before in four chances, now we have one chance. Again, the run is to Eben Britton side and there is no misdirection.  This is an "in your face" bold move and it worked. The Texans could have stopped him for a loss, then they could have stopped him short. In the end, they couldn't stop him at all. Three yards needed, three yards delivered. Did we expect anything less?

It was a great struggle, but one the Jaguars deserved to win.