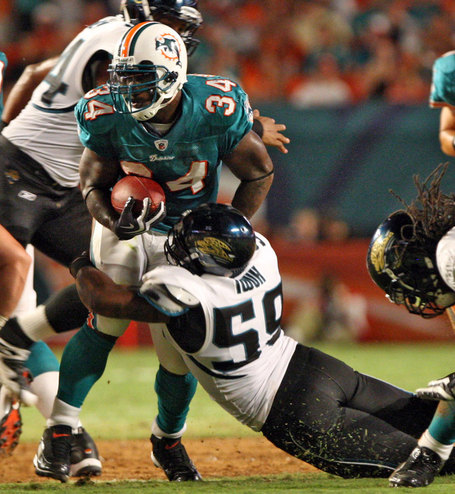 Nothing ground breaking or cutting edge. I just thought it might be fun to look back and highlight some items from the Jaguars\Dolphins series.

You don't know where you might be or who you might be with, but the ability to throw out useless information has been known to impress a friend or two. It may also allow you to win an argument or lay down some serious "smack".