Meta-Jaguar issues, The State of the NFL, and Why this is the worst part of the year.

Share All sharing options for: Meta-Jaguar issues, The State of the NFL, and Why this is the worst part of the year. 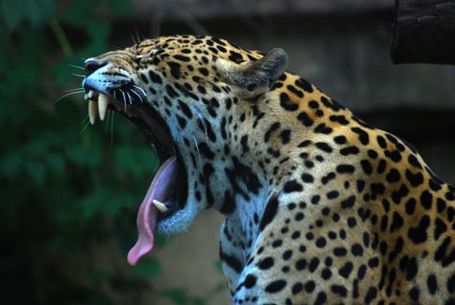 Ticket Sale Issues, Jaguars to LA, and other things that make me yawn.

The Jacksonville Jaguars were given to the city of Jacksonville on the promise of growth and the idea that the NFL could be profitable in a smaller market.  This promise has been matched with the Jaguars, purchased for 203 million and currently worth somewhere around 876 million dollars.  The team has seen rapid success, competed with the big dollar teams, and carved out a respectable but small corner of the league.

But, with the passing of the draft and the slow entry into the dead zone, it's time for the yearly struggles with ticket sales to emerge. It's a problem that I'm completely convinced is part of the Jaguars yearly marketing scheme.  We get to late May and then Tim Connolly, vice-president for business administration, gives Vito Stellino a call and suddenly we've got a few hundred words all over the internet about how the Jaguars, yet again, can't sell their tickets.

Every year, every damn year, every single offseason we go through the same merry-go-round of stories.  First, someone within the Jaguars goes to the media to talk about ticket sales, then Michael Silver will write his yearly article criticizing "whine Weaver", and then someone from the LA Stadium Group will announce that there are "several teams interested in moving to the new facility".   And we'll debate it, I'll get angry at it, and we'll all talk about how if there were just a few more die-hard fans, the team would be set.

This year, I just can't do it.  I refuse to fall into the trap.  I don't want to spend the offseason worrying about the state of the Jaguars or how many non-premium tickets are left to sell, or if covering seats is embarrassing or if Stampede Blue calls out Wayne Weaver for opting out of the league mandated pension plan. I just don't care.  No, this is a rebuilding year, and there's a good chance that ticket sales will lag, and some games won't be on TV.

Kickoff, opening day, the 2009 Jaguars take the field, and the team continues it's building toward something special.

So let's take a breather, if you can afford it, buy season tickets,if you can't, be sure to pick up a single game ticket or three, and remember that it's our house.  Let's not fall into the trap of worrying ourselves half to death about ticket sales.  Instead, let's figure out who the hell will make up our defensive secondary, let's see if Tony Pashos starts at right guard or if he'll get beat out by the rookie.

But I won't endlessly debate the ways the Jaguars could sell more tickets.  It's something I just can't wrap my head around.  There are only so many outrages I can muster up, this year, this time, it's all about what the Jaguars are building.

Call me what you will, but I'm out on the ticket debate.