John Henderson: What is your MALFUNCTION

Share All sharing options for: John Henderson: What is your MALFUNCTION 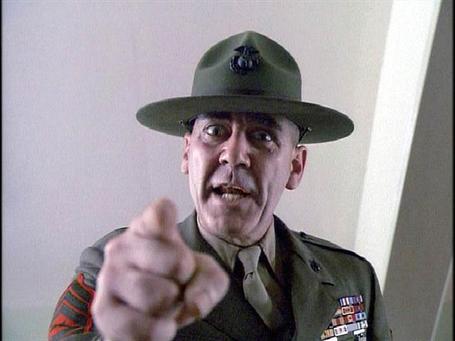 WHAT IS YOUR MAJOR MALFUNCTION JOHN HENDERSON!

I was "all in".  I saw what Jack Del Rio said to John Henderson and I was OK with it.  I saw that Henderson elected to respond positively and announce that he's "all in", and was OK with it.  It looked like this would be an example of Jack calling a player out and it not being a sign that the guy was on the way out.  Then I see as a toss-away item on Jaguars.com that Big "Lazy" John had missed another practice with his mysterious shoulder:

Stunning.  Eight words that beg so many questions.  Is the shoulder hurt so bad that he cannot take the field?  Is he being legitimately held out?  Or did he tell Jack Del Rio to shove it?

Normally I'm slow to react to things like this.  There should be a certain tension within a team, as the coaches do their job and drive their players to push a little harder.  Comments, like the ones made by Del Rio, send a message to everyone that anyone in that locker room can be pushed out if they fail to buy in to the overall direction.  There are thirty rookies or UFA's on this roster right now, all of them need to learn, and all of them must see that the coach calls out the sure thing roster locks and pushes them to show results.

But no, Henderson rides the bike during the OTA and Jack backs down during the post practice interview.

Call me crazy, call me irrational, call me short tempered, but I think this is something we should be outraged about.  I'd like to shout from the rooftops that this is an undercutting of the new regime, (the last for Del Rio, should things not improve), and that Henderson should face serious consequences.  And if you pull the "these are voluntary practices" card, I'd encourage you to look at the contact drills held throughout the league at this time before you complain.

Henderson, in my opinion, is sending a bad message to a crowd of rookies fighting for his roster spot.  If Big John wants to burn his way out of the team, more power to him.  We have a young and developing roster.  Derek Landri has put on the weight and spent the time working to contribute at DT as a serious part of the rotation.  The Jaguars have no time, no place, and no need for anyone who's going to speak out of both sides of his mouth.  You're either all in, and coming to practice, or you better damn well have a serious reason to be absent.  Should John have a serious injury, then I'll by all means take this back, but to announce to the press that you're responding to your coaches, and then miss another practice, that reeks of nonsense.