Top Ten Things the Jaguars need to do to be Great!

Share All sharing options for: Top Ten Things the Jaguars need to do to be Great! 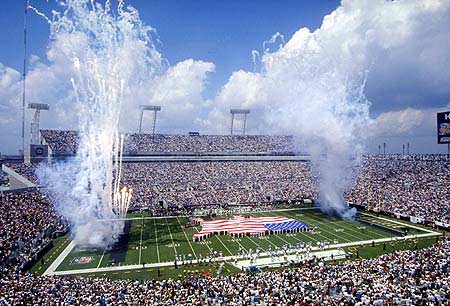 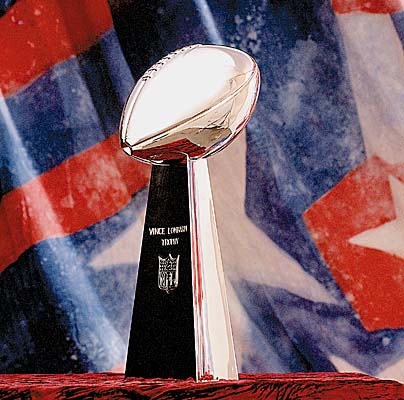 Some teams emerge from the ashes quickly, others languish at the bottom for years.  Which way will the Jaguars go?  Here are my top ten things we need to see happen to get back in the playoffs.  I've also included my probability of seeing it happen in 2009.  Of course your crystal ball may be better than mine, so feel free to speak up.  If you see it like I do say it. If not, say it louder.  Either way, enjoy!

1. Andy Heck forms an Offensive Line that works together.  We have new people everywhere on the line and people returning from injury. How do you get through the evaluation of ability phase, the establishing of roles and responsibilities phase, the work together phase and finally forming a strong working unit? In my view Andy Heck is the man that has a chance to do it. Andy is the best coach on staff right now with probably the best raw talent to work with.  Probability of success - 88%

2. Mel Tucker can design a secondary scheme that Reggie Nelson and Rasheen Mathis can live in. This is my opinion, Rasheen and Reggie have strengths but also limitations. Rasheen needs over the top help so he can gamble. Reggie needs a simple assignment profile or he gets eaten by a good QB. Now add in new people Considine, Alexander and Derek Cox along with Brian Williams and Spoonie and you have a lot to settle down quickly. The good news is this is a motivated bunch but the talent may not be as good as the O-Line has. Tucker is also a risk. Probability of success - 70%

3. Receivers emerge and Mike Shula can coach David out of looking only at Torry Holt.  David had to be coached out of locking on to receivers and he did well when he trusted his group and his protection. If he has protection and he has people get open, David will come through. The problem is our receiving group is mostly based in rookies. If they go through a learning curve on how to get open, David will lock on Torry. I believe the Tight Ends will be more of a focus of the receiving game and I am hopeful one of the rookies receivers will make it. Receivers coach Todd Monken has his work cut out and we will see what capability he has. We have excused Reggie and Matt as not his fault and we are probably right to do so. I think he has the talent now. Probability of success - 78%

4. Maurice Jones Drew remains healthy. Without Maurice, the backfield threat vanishes unless Rashad Jennings comes up big. Maurice was made of iron his first year, but I have watched him get up slowly too many times in recent games and am not sure his style of hitting back isn't going to wear his body out. He is the man to key on for the defense right now and I see a real chance he goes down for a bit.  Probability he plays all 16 games - 50%

5. Jack Del Rio motivates in some fashion other than agitation. I used to be a big fan of Jack Del Rio but the more I watched last year unfold, the more I saw I didn't like. I think he checked out early last year and then came back waving his arms and yelling and the players saw the hypocrisy and wrote him off. I don't know how much loyalty he can call upon in the locker room and calling players out in public only goes so far. Probability Jack provides motivation - 40%

6. Defensive Line creates some push and creates chaos. Well Ted Monachino is our defensive line coach and longtime readers know I think he is the weakest coach on staff. He has no real background to stand on and no evidence of coaching or teaching ability. We are now placing our hopes on him and Derrick Harvey and Quentin Groves, neither of which established themselves as potential stars last year. We added Terrance Knighton in the middle and Jack is already calling out John Henderson. I am not feeling good about a strong defensive line. Probability of success - 30%

7. Linebackers turn in great play. Linebacker coach Mark Duffner has been highlighted as a potential defensive coordinator and why he wasn't promoted is beyond me. I think the linebackers have never been weak for Jacksonville and some years they were the team strength. This is an experienced and talented group and there is talk of a 3-4 alignment experiment along the way. I think it is a lock that we see good linebacker play this year and am probably betting on a pro bowl second team potential from the group.        Probability of success - 94%

8. Fans show up and encourage the players to be great. OK, season ticket sales are lagging, but the Jaguars still put Fannies in the seats in good number. The Jaguars were the 20th best attended football team in 2008. The Indianapolis game last year after the season was over had a loud and supportive crowd. At no time did this town give up on the Jaguars. The television audience is the third best local market in football. I don't for a minute believe this town quits on the team. Probability of fan support - 100%

9. Good Defensive and Offensive Play Calling. So we all know Jack Del Rio is the defensive coordinator. One thing I do believe, Jack is a defensive coordinator. With him calling the defense I think we will be a sane and stable defensive unit. I also believe Dirk Koetter can call Offensive plays to a moderately successful level. He blew open Arizona's offense and blew open the Jaguar offense not long ago. I don't think we are going to be bad in these areas. Probability of good play calling - 85%

10. Special teams put Jacksonville in good position both offensively and defensively.   It all starts and ends with special teams, the opening kickoff, the running punts back and pinning the opponent back. I never saw a more creative guy than Joe DeCamillis. The more I think about losing him and his accident in Dallas, the sadder I get. I don't believe in Russ Pernell and I don't think we will be better than last year. The real question is will we be good. I like the guys on special teams except Podlesh, and I like the runback ability we have. If Russ Pernell (I hate that name already) doesn't screw it up, we can be decent. Probability of success - 50%

So there you have it, my top ten list. I don't believe in special teams or the D-line or JDR as head coach. I do believe we have a good probability of significant improvement. .