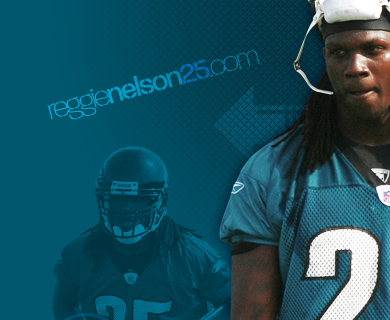 I receive an email from Chris with 40 story ideas he would like us to work on and he asks us to sign up to write the ones we are interested in. I didn't know much about Reggie Nelson so I picked up this assignment. When I sit to research a story, I never know what I will find out and after researching Reggie; I am still not sure what I know. Not much of Reggie Nelson's life is public information, in fact most of what I know is based more on the absence of facts than on actual documentation. What I did find out, however, left me with a bit of respect for the man and a hope for his future. Many of you may know more about him than I will write, and if so, leave more of the story in the comments. I think it will be of interest

Reggie Nelson is from Melbourne Florida and graduated from Palm Bay High School and was about 4 months shy of his 20th birthday at graduation. I'm guessing here but that sounds like a year of being held back, but I can't verify that. I can verify when he was 18 years old his first daughter, Tyjaezia was born. That is a bit early to be a father but it might have been the best thing to happen to him. In his own words:

The phrase that strikes me is "they didn't ask to be here". I believe, no matter the circumstances, children are a blessing and if we bring them, then we owe them a chance to grow up healthy and happy. Right there, in that statement, I know Reggie was brought up with the right attitude. I respect him immediately just for that statement.

Reggie was the first in his family to graduate high school and he is proud of that. He has two brothers and one sister, all reasonably successful with education and good jobs. Credit goes to his mother, Mary Lakes, who Reggie points to in many statements as the major influence on his life. Sadly, his mother passed away on December 21, 2006 just weeks before his Florida National Championship. That had to be a blow. I know she did a good job raising him because there is no record of Reggie being arrested or ever in trouble with the law. Mary Lakes did live long enough to see Reggie's second daughter, Ashlyn, born in 2005.

The one thing Reggie has always been, even before being a father, was a football player. Two times he was named first team High School All-State and has a State Championship to his credit. He wanted to be a Gator but took a bit of a life turn before that happened. First stop after High School was Coffeyville Kansas. 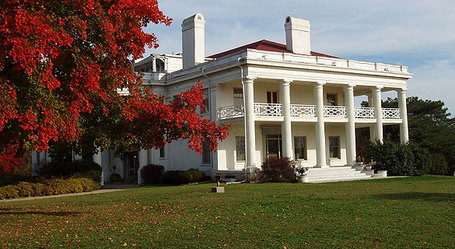 Coffeyville Kansas is a small town of about 11,000 people, well 15,000 if you expand it to a 3 mile radius. Coffeyville has a very interesting Community College with a very interesting football team. In my home town of Erie, Pennsylvania I can remember 3 NFL players in my life, Fred Biletnikoff, Bob Sanders, and Mike McCoy. Erie has 200,000 people. The Coffeyville Community College football team has produced over 50 NFL stars including Mel Grey, Leonard Little, Mike Rozier, Ryan Lilja, Brandon Jacobs and Reggie Nelson. It is a football factory in the middle of nowhere. You can't get into much trouble in Coffeyville Kansas, but you can learn how to play football. Just guessing again, but this might be a backdoor to Division 1A football when one has a bit to brush up on scholastically.

Whatever happened to Reggie in Coffeyville, it was life changing. He red shirted his first year and then in 2004 set the school record for interception return yards. But not only did he learn football, he also earned his associates degree. Reggie Nelson spent these two years buckling down and getting serious about his life and then returned to Florida to begin an amazing Gator football career.

His run of good play continued into his rookie season as he became an immediate starter as a Jaguar. As a rookie, he recorded 58 solo tackles and 5 interceptions finishing by being named on the all-rookie team.

Which leads us to this question, why is Reggie Nelson being questioned today? Why does Rashean Mathis get an automatic pass but Reggie is under fire? For one reason, Reggie found himself out of position a number of times last year that resulted in losses. Rashean Mathis, almost under his breath, stated once that he wasn't burned for a touchdown; he was covering a missed assignment.

So is Reggie at risk of losing his starting job? No, absolutely not, he is much too much of a dedicated playmaker for Gene or Jack to make that mistake. Reggie Nelson will be the starting Free Safety on opening day. What is happening are two things; everyone will have to compete for their jobs as a strong bench is developed and a new defensive scheme is being formed. The Greg Williams defensive scheme wasn't taking hold and the man on man experiment failed. We will probably see a return to cover two this year. We will see a defensive scheme that takes full advantage of Reggie Nelson, Rashean Mathis and Brian Williams. There is simply too much talent there to have a bad secondary.  Reggie Nelson is a great player caught in a bad situation last year, as was Mathis and Williams.

The real question is not whether Reggie Nelson will step up, it is whether Mel Tucker and Jack Del Rio can be equal to Mike Smith in designing to player strengths. If Reggie Nelson is having a bad year, expect Jack Del Rio to be having a worse year.