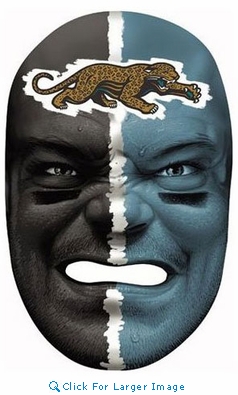 Sometimes, as a fan, the connection to the team is so strong that we amplify the negatives after a loss. The 24 Hour Rule is an interesting concept that can serve multiple purposes based on how you define the rule. Commitment to either side demands discipline and belief that it will improve your NFL experience.

The first interpretation of the rule is:

After a loss, there is a 24 hour period immediately after the game in which the fan can lament the team. Any means of expression, with reason and with respect to others, is acceptable for the sole purpose of allowing the fan to move beyond the game. Once the 24 hour window has closed, all discussion will of said game will cease and focus will be directed towards any future game.

The second interpretation of the rule is:

After a loss, there is a 24 hour period immediately after the game in which the fan is not allowed to publicly comment on the game. This allows the fan to express any emotionally driven opinion in a private or semi-private forum. The expectation is that the fan has the opportunity to review articles, game tape or audio commentary to help put the play into perspective, thereby allowing the fan a more objective public evaluation.

Option one may be better suited for post game tailgating or in home game viewing. Option two for when commenting on blogs, message boards or other public forums where your comments may take on a life of their own.

After the 2008 season, as rational as we may have wanted to be about preseason, it is fair to say most if not all Jaguar fans wanted a strong performance from the first team offense and defense. Last night literally forced the question "Is the glass half full or half empty?"

The obvious concerns will center around the performance of the offense and special teams. The line did not open running lanes nor did it pass protect very well. The first run from scrimmage by Maurice Jones-Drew was more of the him driving for yards. David also did not fair well in pass protection though he did have some time to throw a nice strike to Torry Holt.

Defensively Ted Ginn Jr. hurt us with speed and route running on one series but on the whole the experiment with different schemes and formations was effective. There were some nice blitz packages that allowed Quentin Groves to apply pressure and make and disrupt some plays behind the line of scrimmage.

Special Teams play really stuck out. Rasahd Jenning looked very tentative and uncomfortable returning kick offs. The kick off team was so porous that every return seemed specifically suited to test Josh Scobee's tackling skills. Apart from Josh's tackling, save a face mask penalty, it was hard to find something to applaud.

There were other highlights, and lowlights, of the game which can be taken from the 1st, 2nd and 3rd stringers. With 3 more games to play the one demand is that we should see progress. If we continue to hear that the coaching staff is seeing positives, yet that doesn't seem to translate to consistently good play, then we have actual evidence upon which to dress in our disdain.

The key to any preseason game is deciding how you are going to approach it and knowing what was the real goal. Last night's Miami game was nothing more than a dry run off a bad season. The Philadelphia Eagles game is the one you should pencil is as a "make or break" preseason game.