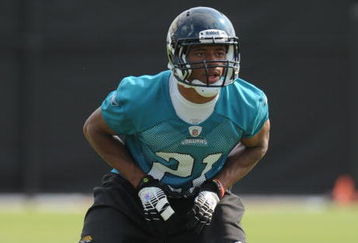 Lost in the excitement of the final roster and the practice squad was something remarkable.  The undraftable, unrated, 106th best cornerback in the draft according to Mel Kiper, pushed Brian Williams off the roster and will be the likely compliment to Rashean Mathis.  Chew that over for a minute.  We all worried when Gene Smith made the move to draft Cox by giving up our 2010 2nd round pick to the New England Patriots, it felt like a move that was counter to his philosophy of stocking up draft picks and using them wisely.  Drafting a player that nobody had ever heard of and giving up the most sacred of Jaguars draft picks (the 2nd rounder) was stunning.

Of course, nobody knew a thing about him or what he could do.  From the Sports-Pundits all the way down to me, we all assumed that if we hadn't heard of a player somewhere, then they weren't worth hearing about.  With Derek Cox, we have hard evidence that the Jaguars front office is working harder to find the folks that might have gone under the radar on Saturdays but can perform on Sundays.

It's shocking, almost, to look back at what we (and by we I mean everyone from this site to ESPN) thought about Cox and now that he's a likely starter, how sensible and smart the move seems.  When it comes down to it, the Jaguars used their 2010 2nd round pick for a starting cornerback with size and speed.  That he's a few days away from lining up across from Anthony Gonzalez in the opening game deserves recognition.

I was wrong, Mel was wrong, we were all pretty far off on this one.  Here's to the Jaguars being one step ahead of the rest of us.