Like the changing of the seasons, one can expect debate over whether these preseason games matter once August rolls into town. Those who claim concerns should be tapered over this four game stretch seem to miss the obvious point: They're playing the games.

This then begs the question of "why". Why do the games matter? The simple answer is to evaluate the players on the roster. Going no further than the simple answer we must then focus our attention on the qualifying statement: "It matters because (insert comment here)." What obviously should not warrant deep analysis are the scores and, for the most part, the stats. They do not matter since the "starters" are limited. But there are positions which have no clear starter, and it is there which we find a high degree of "it matters". Furthermore your starters can get old and it is preseason where you might begin to see cracks in their walls of invincibility.

So let's just quit pretending that these games do nothing more than to service our football needs prior to the games that count. At the very least depth is on display and within that struggle for second string or the practice squad you can sometimes find the unknown star. How many actually thought Mike Thomas would be this good after watching him last year?

But can we also hold off on the quarterback change until at least the Atlanta game? That is where too much emphasis is being put on the preseason. As bad as Curtis Painter looked in game one, he was lights out last night. Luke McCown could be the exact opposite.

I will now take a step down from my soap box. Some thoughts to digest after the jump.

This rush the passer situation is getting a little scary. I keep hearing people say there's no way to evaluate the pass rush w/o Kampman and Alualu on the field. I feel like we should be generating more pressure regardless of those two. Can two people really make a huge difference in a team's pass rush?

Of course they can. You are talking about half the line. Ever seen Dwight Freeney and Robert Mathis? They change games. 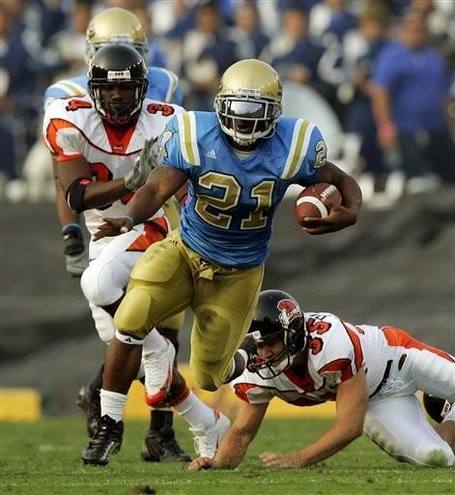 MJD running over the Beavers.