For those that are Jacksonville Jaguars fans, you're all too familiar with their mascot Jaxson de Ville. For those who are not, he's the self proclaimed best mascot in the NFL and has even upset the likes of Bill Polian for his antics. Jaxson will regularly mess with other team's players during down time and even zip lines from the lights of EverBank Field each Jaguars home game. At the Pro Bowl however, it looks like Jaxson is up to his antics... 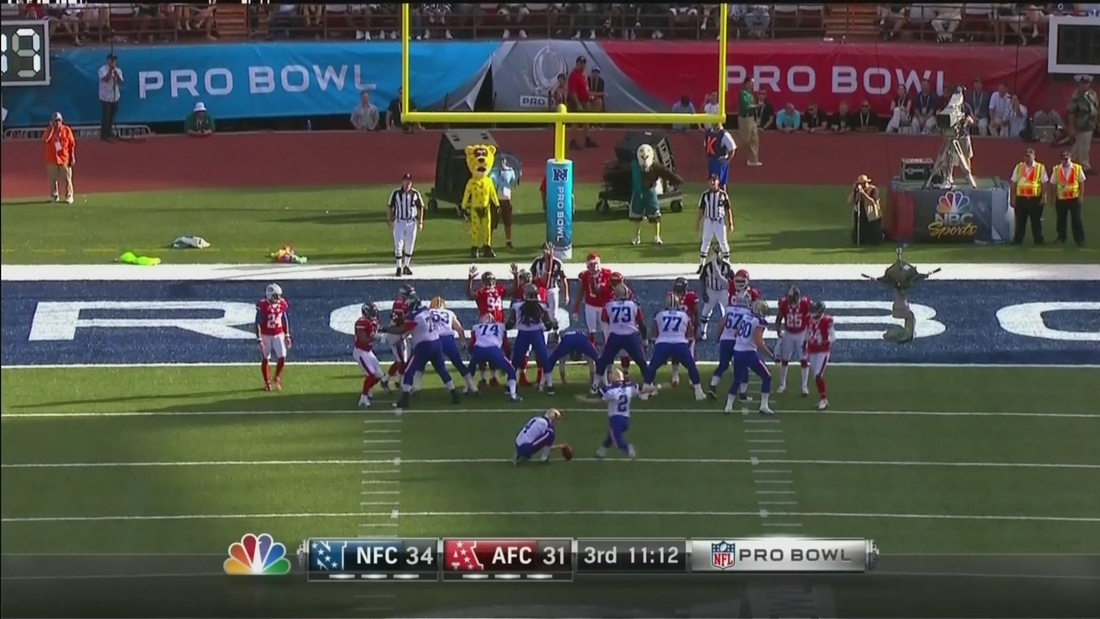 You might do one take at this picture and wonder what the big deal is. Well, I challenge you to focus on the goal posts... and the focus on what's under the goal posts. Just look. You see that big yellow thing to the left of the center goal post?

Yep. That's Jaxson. In a speedo.

Earlier in the week Jaxson tweeted that the NFL wasn't going to let him streak.