As the captain of the defense, Paul Posluszny is expected to set an example as a tough, hard-nosed player in the middle of the defense. Umm...mission accomplished. \m/ \m/ 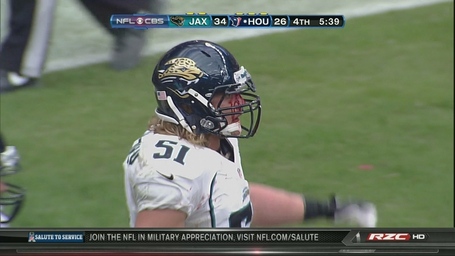 During the fourth quarter, Posluszny suffered a cut over his nose that resulted in a ton of blood streaming down his face. With three minutes remaining in the game, Posluszny has recorded 13 tackles, an interception and a forced fumble that set up a touchdown.