Jaguars head coach Mike Mularkey announced Chad Henne will start at quarterback, because of his performance. It's a bold move by the coach which could signal a shift in the organization.

Note: This is based purely on my opinion of what's going on. There is no source behind this, other than my own logic.

Jacksonville Jaguars head coach Mike Mularkey announced at his Monday press conference that Chad Henne will start on Sunday against the Tennessee Titans. While the announcement itself isn't a surprise, given that Blaine Gabbert now has an injury in both arms and has trouble gripping the football, the surprise is Mularkey's reasoning for announcing Henne as the starter.

It was based on performance, not necessarily injury.

Mularkey could have simply stated that Gabbert was not healthy enough to start on Sunday, but he instead chose to note that it was based on performance and not injury. To me, and this is just my personal opinion, this is Mularkey distancing himself from Gabbert and general manager Gene Smith if that axe does come down at the end of the season. Mularkey played the game with Gabbert and tried to do what he could, but rolling with Chad Henne going forward offers Mularkey a chance to run his offense through a different quarterback and show that he's still the man for the job. 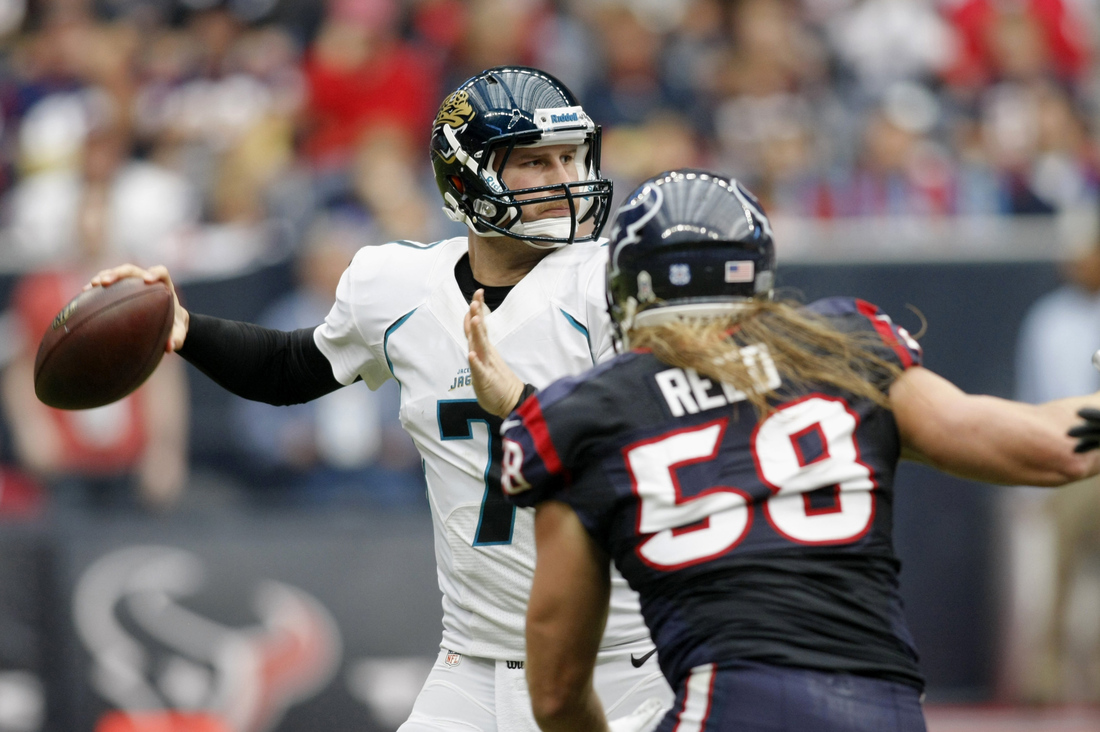 Henne finished Sunday throwing for 354 yards and four touchdown passes after replacing an injured Blaine Gabbert once again. This was a performance on the opposite end of the spectrum for the last time Henne played significant time in relief, against the Oakland Raiders back in Week 7.

The offense under Henne seemed to go blow-for-blow against the Texans offense and even held a 14-point lead at one point in the game. Despite Henne finishing the game just 4-of-17 in the fourth quarter and overtime, the Jaguars offense did more than enough to win the football game, which is something they haven't done much of the past two seasons.

Even if the Jaguars don't win another game for the season, but the Henne led Jaguars offense looks close to what it did on Sunday the rest of the season, it could be a feather in Mularkey's cap and another nail in Gene Smith's coffin. While Smith targeted Henne in free agency, that doesn't change the fact that the quarterback he traded up for in the Top 10 looks like a complete and utter whiff, especially if Henne can play at just a serviceable level.

I don't want to definitively say that Blaine Gabbert as the Jaguars starting quarterback is done, but it certainly looks like it's leaning that way. If it's leaning that way, then Gene Smith is completely done as the Jaguars general manager and Mike Mularkey will have gotten that ball rolling by realizing he couldn't make it work and pulling the plug while there's still time to potentially save his own hide.