I don't normally listen to "Prime Time" on 1010XL in Jacksonville, but I was alerted to a segment where Mark Long of the Associated Press was sitting in and co-hosting, as he's often a guest on the show. Long, who covers the Jacksonville Jaguars for the AP, said something very interesting regarding general manager Gene Smith and about his tenure under Wayne Weaver.

"I don't think there was any question that Wayne Weaver was trying to do this thing (build a roster) on the cheap," Long told host Ryan "Hacker" Green. "Especially when he was trying to sell the franchise, working out the details with Shad Khan. He didn't want a lot of big money contracts, he didn't want a bunch of long term contracts. He wanted to sell this thing (the franchise) and make it more marketable, more sellable so if Shad Khan wanted to come in and put his stamp on it, it would be an easy thing to do."

This portion I don't think is any new information for most fans or media who have followed the team closely. It was no secret in the seasons leading up to the sale of the team, Weaver was playing it more safe after dealing with off the field problems under Shack Harris and the previous front office. The real surprising thing however came when Long elaborated on some of the draft picks and free agency moves that may have hamstrung Gene Smith. 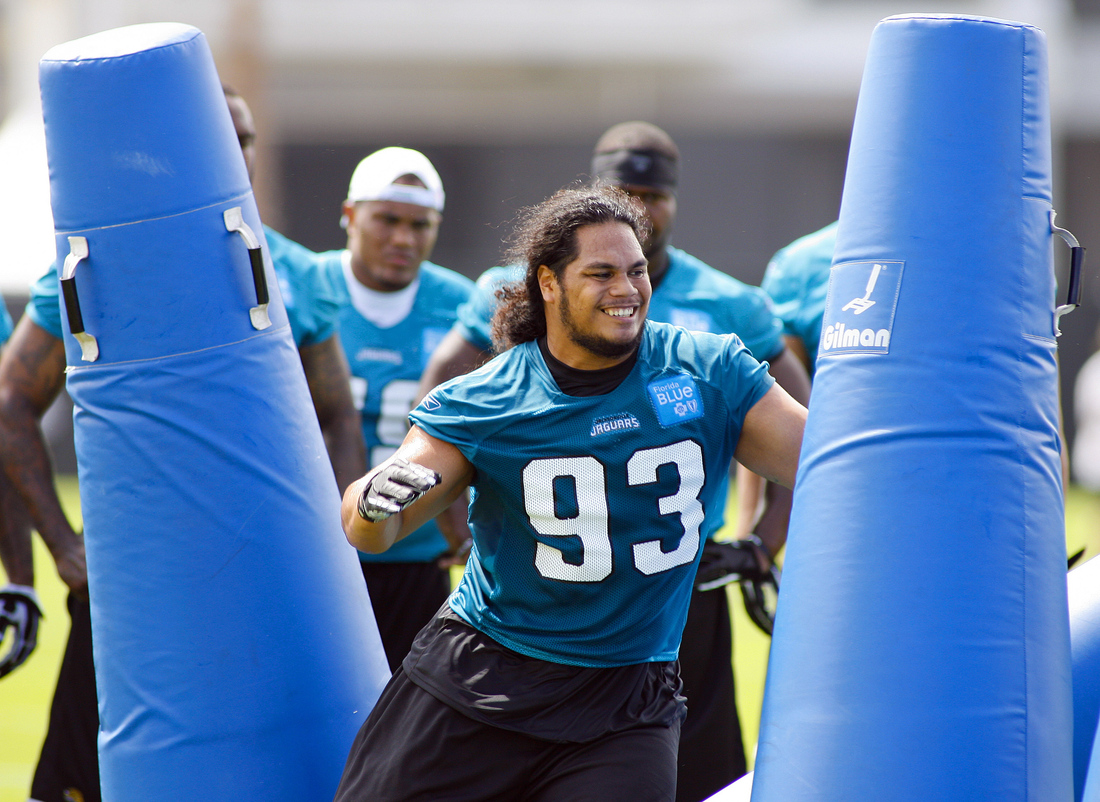 "Gene Smith had to do things that normal, other GMs didn't have to do. He had to take chances on an Aaron Kampman, where you could pay a guy a little bit less than say if he was healthy or in his prime," Long said. "High reward, on the cheap a little bit. There's been a lot of talk in and around the build that Tyson Alualu, when you look back, that was Gene Smith taking a guy they knew they could sign. They didn't want like Derrick Harvey who had held out in 2008, Eugene Monroe had held out in 2009 and Wayne Weaver didn't want another holdout in 2010. So, he (Weaver) told Gene Smith to do whatever you can to get a guy in here who's not going to hold out."

Alualu wound up holding out for a while, but it was less than the previous holdouts and he got into camp. Long continues, noting that Smith basically took Alualu to appease Weaver's requests.

"So, that was Gene Smith responding to his boss and taking Alualu tenth overall, which everyone spotted that around the league. You take a guy who's supposed to be a low first-rounder and you get him at 10 and you'll be able to have signability," Long said on air.

There were many who wondered why Gene Smith got the job when he was hired, and this might be one of the reasons. It's possible Weaver wanted to hire a sort of "Yes Man" while he was getting to trying to sell the franchise. Ultimately however, Gene Smith's drafts have been fairly poor, especially the 2009 and 2010 classes who've netted maybe two or three good players in total and that's what is going to get him fired.

The three year extension that Gene Smith received last year however, looks especially like a golden parachute now. It was called that back when he received it as something for being with the franchise since it's inception, but now it looks like a reward so-to-speak for being a yes man.