The New Era On-Field Caps for the 2012 NFL season were revealed for the Jaguars and the rest of the league on Monday, June 25. The hats will be the official hats worn by the players and coaches on the field and are built with several different properties with improved performance for athletes.

Among the properties that are specially designed for the sideline is a treated fabric designed to repel water and a moisture management system designed to wick away and disperse sweat. Here is the 2012 sideline cap for the Jaguars: 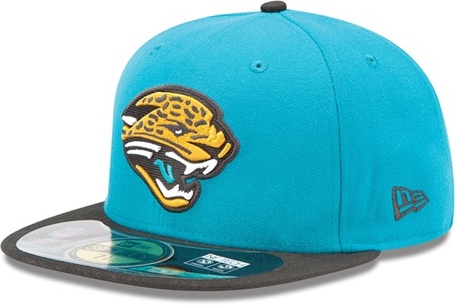 The 2012 season marks the first for New Era with the NFL, who joins Nike as the official apparel designers and producers of the National Football League. New Era debuted their first work for the NFL when they revealed the 2012 NFL Draft caps.

The 2012 NFL On-Field Collection will be made available to fans for public purchase on Thursday, July 12.