How Long Is Gene Smith's Rope?

Share All sharing options for: How Long Is Gene Smith's Rope?

Jacksonville Jaguars general manager Gene Smith is in year four of his rebuilding process, but as it stands right now the team doesn't look much better than it did when he took the controls in 2009, so how long will Shad Khan give him?

There is a saying that patience is a virtue, but at what point does being virtuous just become tired and obnoxious?

Jacksonville Jaguars general manager Gene Smith took over prior to the 2009 NFL Draft, taking the general manager position from James "Shack" Harris who resigned after the 2008 season. Harris had missed on virtually all of his first-round picks during his tenure, with much talk about how his director of college scouting actually was advising him to take different players than who Harris ended up drafting.

In Gene Smith's first draft, he tried to solidify the Jaguars offensive line by drafting left tackle Eugene Monroe with the eighth overall pick, following up Monroe's selection with right tackle Eben Britton in the second round. Then Smith took his first swing at a "small school" player, trading up in the third-round to draft cornerback Derek Cox and then picking defensive tackle Terrance Knighton immediately afterwards. In the next two picks, Gene Smith drafted wide receivers Mike Thomas and Jarret Dillard, then rounding out rounds six and seven with tight end Zach Miller and running back Rashad Jennings, respectively.

In Gene Smith's second draft in 2010, he took a massive gamble in the first round by selecting defensive tackle Tyson Alualu with the tenth overall pick, a player many felt was a late first round player, not a Top 10 talent. The Jaguars next pick wasn't until the third-round, due to the trade for Cox in the 2009 draft, which Gene Smith picked defensive tackle D'Anthony Smith, thinking he was building depth on the defensive line. With two selections in the fifth round Smith drafted defensive ends Larry Hart and Austen lane, then finished the 2010 draft with running back Deji Karim and kick returner Scotty McGee. 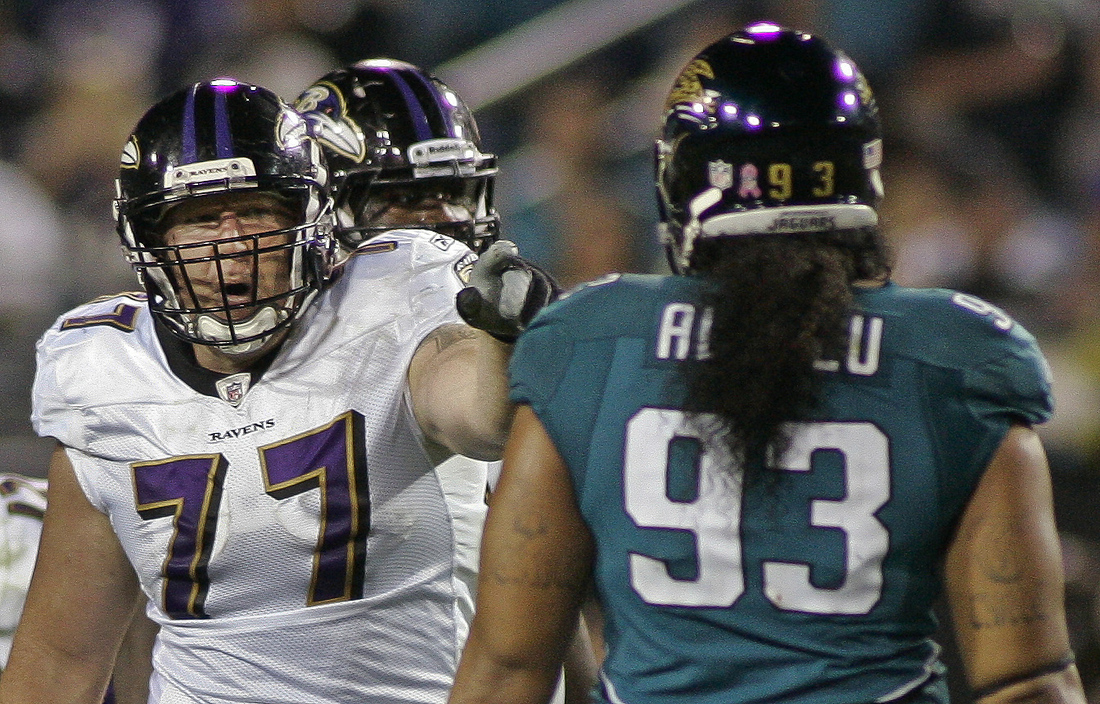 In Gene Smith's third draft as the Jaguars general manager, he took quarterback Blaine Gabbert by trading up into the Top 10 of the draft. Smith continued to build on the offensive line in the second round with guard Will Rackley, adding wide receiver Cecil Shorts III, safety Chris Proskinksi, and safety Rod Isaac with his final three picks of the 2011 NFL Draft. 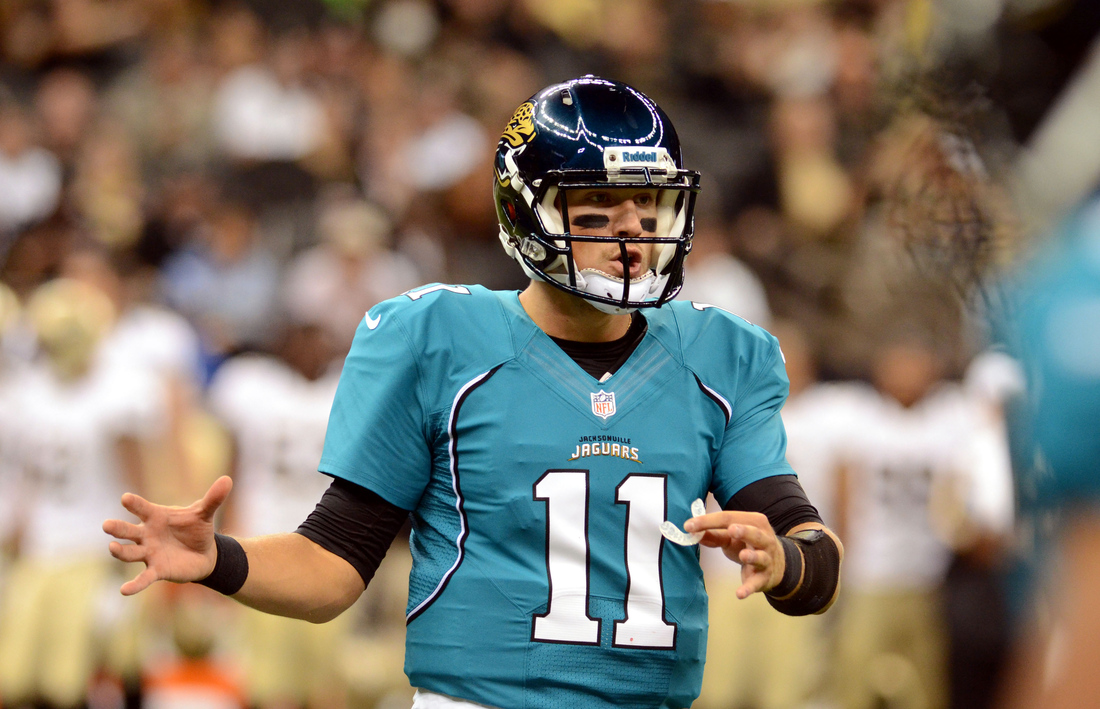 Now a few games into the 2012 NFL season, these draft selections by Gene Smith should be beginning to make an impact on the team, especially from his original draft class in 2009. Left tackle Eugene Monroe is arguably the team's best offensive lineman and seems to be making that leap into the "very good" category, as your eighth overall pick should. The other offensive tackle however has dealt with multiple injuries, missing more games than he's played in so far in his career, and has been forced inside to left guard by undrafted offensive tackle Cameron Bradfield. Defensive tackle Terrance Knighton has dealt with weight issues which has seen his play decline as the season goes on and cornerback Derek Cox has been another who's dealt with injuries early in his career, but has been a good player when he's on the field. Wide receiver Mike Thomas signed a new contract during the 2010 NFL season, then promptly disappeared and hasn't done much yet during the 2012 regular season. Dillard and Miller have both been released, neither doing much but spending time on injured reserve with running back Rashad Jennings. 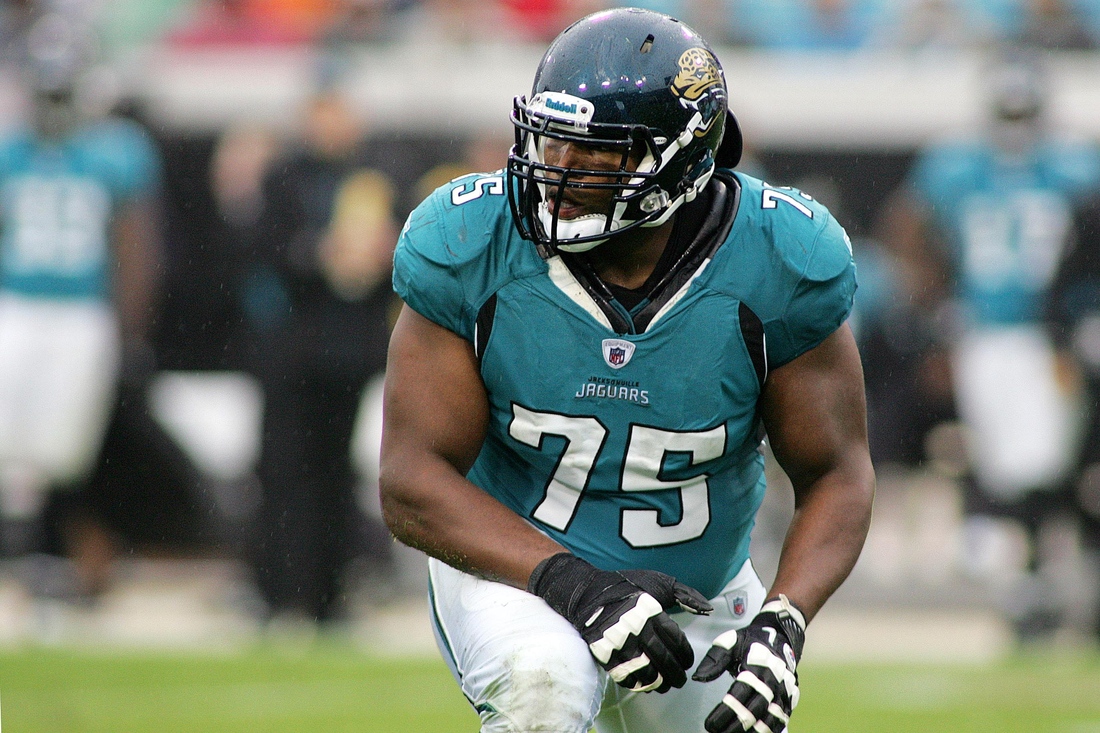 The 2010 draft class actually looks like it could run into the dreaded "lost class" category, much like Shack Harris' final draft prior to the 2008 season. First-round pick Tyson Alualu has dealt with a knee injury so far in his career and has been just kind of average when he is on the field, not providing much of an impact. D'Anthony Smith took his first real snap in the NFL on opening weekend of the 2012 season and has barely even seen the field in the first two games of the year. Austen Lane is out with an injury once again after spending the last two seasons on injured reserve while Hart, Karim, and McGee are no longer with the team.

The 2011 draft class is only in it's second year, but so far the results and improvement are limited. Blaine Gabbert was the worst starting quarterback in the NFL during his rookie campaign, and while there are plenty of excuses for him to be made, he was just plain bad. He's made marked improvement through training camp and the first two games of the season in 2012, but there is still a heck of a lot of work to do. Rackley, like Gabbert, struggled all during his rookie year and is now on injured reserve after missing nearly all of training camp. Cecil Shorts III has made a big jump and is pushing for more playing time on the field, but his overall performance is still kind of average. Chris Proskinski looks like purely a backup/special teams player and Rod Isaac is no longer on the team.

Gene Smith was presented to Jaguars fans and the media as a "base hit" drafter who didn't seem to like to gamble on flashy draft picks. It was drilled that to win in baseball, you need to be able to get base hits and that's how he would build his roster. So far, the base hit philosphy has lead to a lot of runners left on base and a severe lack of a clean up hitter. Base hits can lead to runs, but they can also lead to double-plays. Gene Smith has drafted a couple of good players so far in his tenure, but no real impact players or playmakers thus far. He might have a playmaker in 2012 first-round pick Justin Blackmon, but that story still needs to be written.

If things don't turn around quickly for the Jaguars, as the team is 10 games under .500 since Gene Smith took over and gutted the roster, one has to wonder just how long a leash Smith will have under new owner Shad Khan. Smith was given a three-year contract extension by former owner Wayne Weaver prior to transfer of ownership, but what was dubbed as a four year rebuild plan is quickly looking like a five or six year plan, which is entirely too long in today's NFL.