Will the Jaguars trade for Alex Smith if Greg Roman hired?

It's possible that one of the quarterbacks that David Caldwell has in mind is Alex Smith of the San Francisco 49ers.

Share All sharing options for: Will the Jaguars trade for Alex Smith if Greg Roman hired?

The Jacksonville Jaguars have yet to hire their new head coach, but general manager David Caldwell told reporters on Thursday that he has some quarterbacks in mind for the offseason, be it by trade, free agency, or the NFL Draft. One of those quarterbacks could be San Francisco 49ers current backup, Alex Smith.

It's been long rumored that 49ers offensive coordinator Greg Roman is the favorite to land the Jaguars head coaching gig, as Roman and Jaguars general manager David Caldwell are long time friends. Caldwell, having come up under Bill Polian and Thomas Dimitroff, is likely going to hire a head coach he is familiar and can work with.

Roman fits that bill. The speculation now becomes that if the Jaguars hire Roman as their new head coach, it could be a package deal with the team also acquiring Alex Smith.

If Roman ends up with the Jaguars, it's possible Smith could join him there. Smith, who was replaced by Colin Kaepernick as the 49ers' starter, is scheduled to make $8.5 million total next season, which is considered way too much for the 49ers to pay a backup. Smith's $7.5 million base salary becomes fully guaranteed if he's on the 49ers' roster on April 1.

The relationship between Smith and Roman isn't really all that known, aside from what each has said publicly to the media. It's assumed, and probably rightfully so, that Roman would prefer a quarterback he's familiar with rather than Chad Henne or Blaine Gabbert. Smith also seems to enjoy working with Roman and thinks he's got the make up to be an NFL head coach. 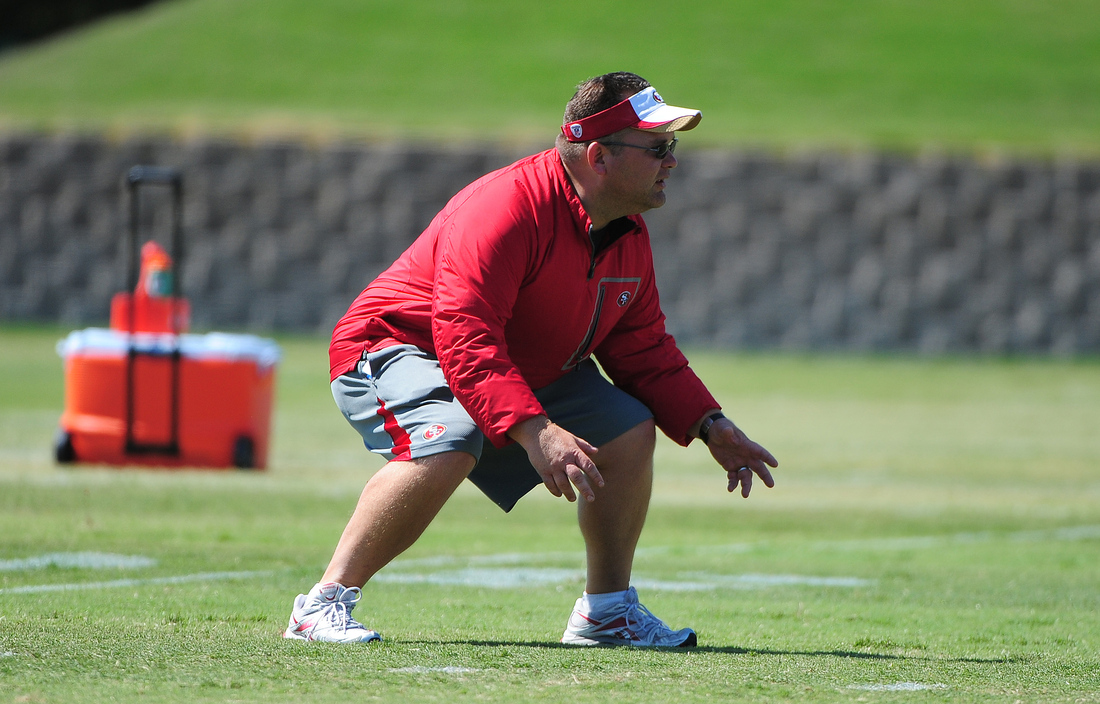 "Obviously, I think he's a great coach, and I've loved my time with him," Smith told San Francisco reporters on Thursday. "He does such a great job and works so hard. (He has a) tremendous amount of knowledge about the game of football. He's coached on both sides. He's coached the quarterback room, coached the O-line room, he knows the passing game and the run game and knows defenses real well.

"I've learned a ton the last two years under him. He's a special coach and works real hard, so I'm happy for any success for him."

Smith has become a hot topic among Jaguars fans and while he certainly would be an upgrade at the quarterback position, the questions comes what would you give up for Alex Smith, being he's under contract? As Maiocco mentions, the 49ers will have to make a decision quickly on Smith to avoid his contract becoming guaranteed. The team might eat the $1 million bonus due to Smith in March if they feel like he can be traded prior to April, but again, what exactly to you give up in a trade for Smith?

Jason Hurley of SB Nation's Niners blog Niners Nation goes into detail about Alex Smith's contract situation and what the best bet for the team would be going forward.

What likely makes the most sense is to cut Smith before the $1 million roster bonus is due. By doing that, the 49ers are only on the hook for the $1 million of his $7.75 million base salary that is guaranteed. The question is basically, is it worth a shot at getting a deal done after league year begins, or to eventually find out there is not a sufficient trade market for Smith, and be stuck releasing him before April 1, and pay him $2 million in dead money.

I'm not sure Alex Smith will make the kind of money he is on his current contract in free agency, but it's possible the 49ers are willing to part ways with Smith for cheaper than most would expect. A kind of a "Thanks for being good with the situation," type of deal, especially to a team across the country in the AFC.

I've said it before and I'll say it again, I'm not sure I'd give up more than a fifth-round or sixth-round pick for Alex Smith, but if he was a free agent I would definitely try to sign him as a "band-aid" type player.