Rebuilding the Jaguars will take time, won't be easy

The Jacksonville Jaguars are getting ready for a legitimate rebuild, and fans will need to show patience.

Share All sharing options for: Rebuilding the Jaguars will take time, won't be easy

The Jacksonville Jaguars have hired their new head coach in Gus Bradley and their new general manager in David Caldwell. The Jaguars are finally taking the "full measure" and going for a proper rebuild. No more pretending like the team is closer than they are, acting like they're simply just "re-tooling" the roster.

The toughest problem for the Jaguars going forward is asking their fans once again to be patient, and Jaguars owner Shad Khan knows that.

Jaguars fans have to be realistic, unfortunately.

"Patience is one thing, but we have to be honest about ourselves and where we are," Khan told the media in Gus Bradley's opening press conference. "I think it's very, very important not to be -- the word is delusional."

It seems the past regime contributed to the delusions that spread through Jaguars fan base. 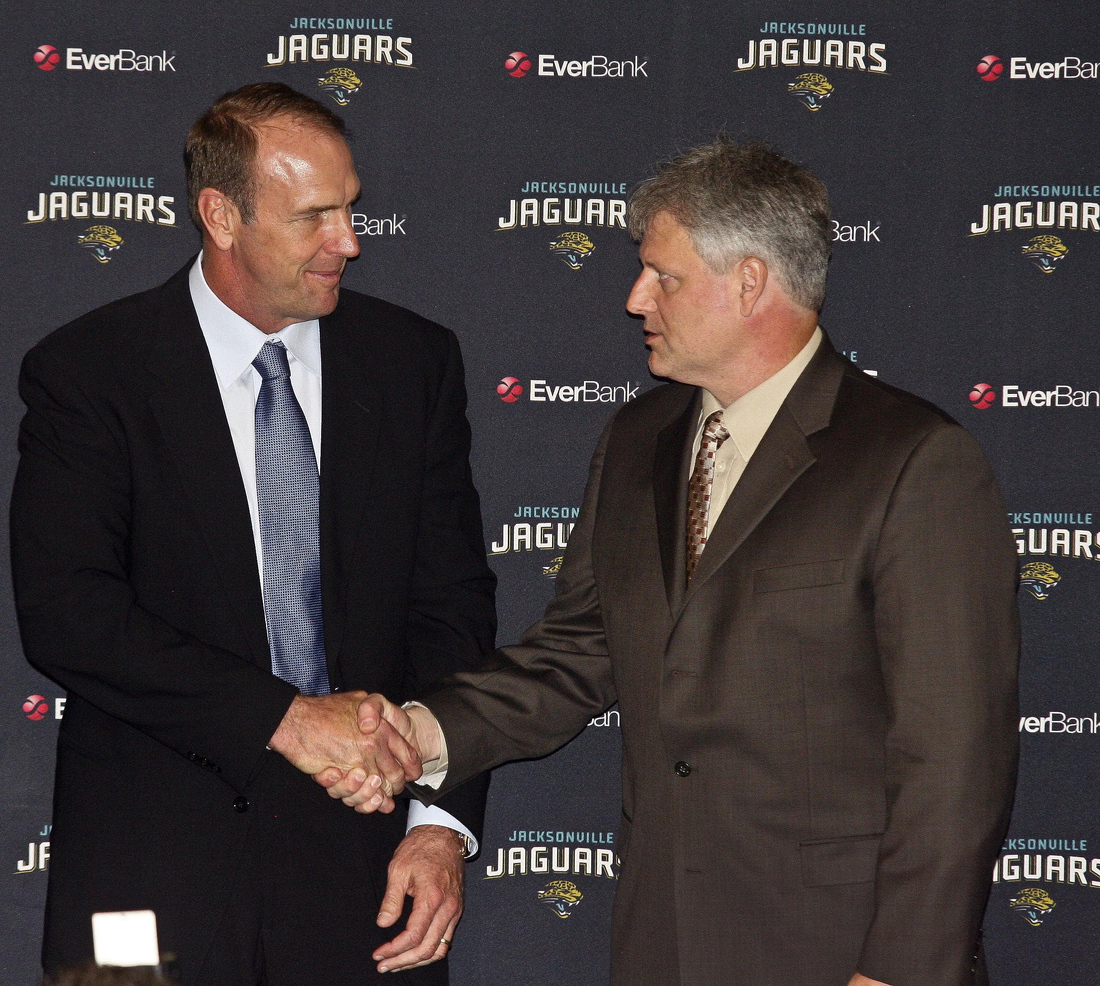 The past Jaguars regime constantly preached that the team was closer than they showed on the field, getting blown out game after game and at times not even looking like a competitive football team. Former Jaguars head coach Mike Mularkey constantly preached the team was "close" and just needed a few things to go right. Former general manager Gene Smith always talked about the "long term vision" and it being a process.

None of these ever materialized however and it became painfully obvious the deeper into the season it got that the Jaguars fans, and even owner, were being fed spoonfuls of shit and told it was sugar.

"When you look at the amount of time and the amount of resources we spent and what we had to show for it, very little. Then you say, 'What do I have to do? What is the right thing to do?'", Khan told media members. "We have to start fresh and we have to get people that believe in the mission and people who aren't going to throw their hands up."

This is not to say that former general manager Gene Smith, and to a lesser extent former head coach Mike Mularkey, intentionally misled fans and ownership. It's natural to try to buy time and say something is close when your job is on the line.

Caldwell has his work cut out for him and will undoubtedly realize that when he finishes the process of evaluating the roster. The team is saddled with some bad contracts going forward, but not enough to cripple the team's ability to spend. Caldwell and Bradley going going to have to make some tough decisions on whether or not to keep some starters, entertain some trades, or go ahead and eat the contracts early in the rebuild.

The offensive line is a mess right now, with likely three new starters (LG, C, RT) coming for the 2013 season. Even with players like Michael Brewster and Will Rackley coming back off injury, you still really don't know how good they are or will be as full-time starters.

The defensive line is also a wreck, with the only pass rush coming from a late season waiver claim in Jason Babin, who in reality is only effective lining up a very specific way. The interior of the defensive line was gashed in the run game and provided no interior rush whatsoever. Jeremy Mincey, who got a new contract in the offseason, didn't really come close to his play in 2011.

The defensive backfield outside of the starting safety pair, is a complete unknown. Derek Cox is a free agent, but a decision about the oft-injured corner will have to be made. Rashean Mathis looks like he just finished his swan song and is also scheduled to hit free agency. Aaron Ross was abysmal in most games he played and eventually was passed over in favor of rookie corner Mike Harris.

The linebacker corps is just as big a question mark. Paul Posluszny carries a hefty contract, but doesn't offer much other than stability and limited mistakes at the middle. Daryl Smith is on the wrong side of 30 and schedule to hit free agency. Russell Allen is a mediocre starter, but an excellent back up. Then overall depth at the position is a massive issue. It's possible, but unlikely, there will be three new starting linebackers in 2013.

This isn't even diving into the issues at running back depth and the quarterback position.

The Jaguars are very likely going to be bad again in the 2013 season, but that's not the fault of Gus Bradley or David Caldwell.

Once again, Jaguars fans will need to be patient.