The Jaguars welcome the Chargers to EverBank Field on Sunday, as San Diego tries to overcome a trip east on a short week. 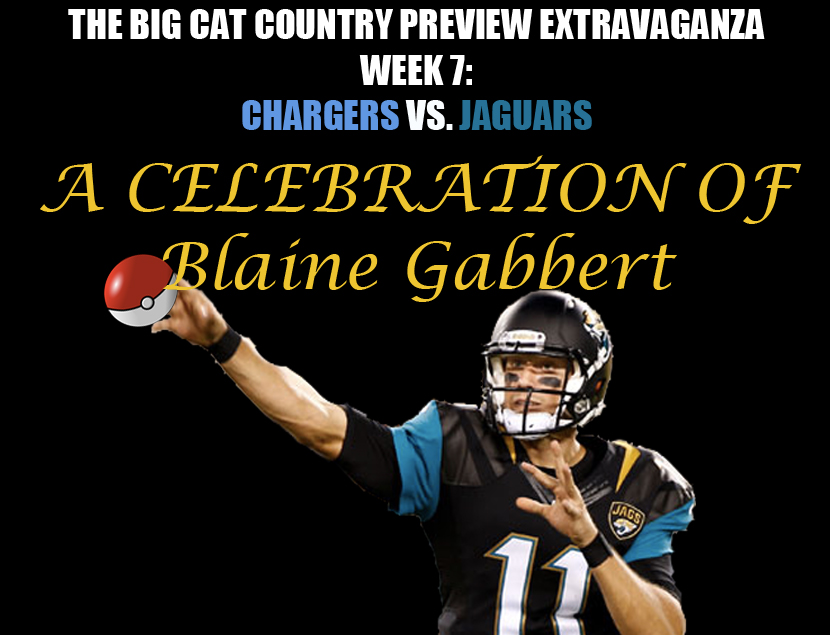 The Jacksonville Jaguars are back from a performance in Denver that didn't disappoint as much as everyone thought it could. This Sunday the Jaguars face the electric Chargers, newly re-energized after a win against the Colts. Big Cat Country has everything you need to know about the game and where the party will be at before the game. Also, BCC has a celebration of Blaine Gabbert.

The Jacksonville Jaguars are coming off a loss against the Denver Broncos that was the team's best performance of the season. The Jaguars still lost by double-digits, but they were in the game until the fourth quarter.

They're getting a San Diego Chargers team who's been a bit up and down most of the season and they're traveling east on a short week, after beating the Indianapolis Colts on Monday Night Football.

This game is arguably the Jaguars best chance at a win the next few weeks.

Odds: The game opened with the Chargers favored by 10.