Eugene Monroe trade: More moves could be on the way for the Jaguars

The Jaguars aren't going to make the playoffs in 2013, so there's no reason for Dave Caldwell not to trade away players he doesn't perceive as pieces worth keeping around in 2014.

Share All sharing options for: Eugene Monroe trade: More moves could be on the way for the Jaguars

The Jacksonville Jaguars are less than a year into the process of assembling a roster that general manager Dave Caldwell hopes will eventually result in a Super Bowl victory for the franchise. That sounds like a simple and obvious goal, but the patience required can be taxing on fanbases that don't want to watch blowout losses every week.

Adding quick, instant fix-type players can seem like a good way to make a bad team just a little bit better. I mean, why not? The simple answer is this: If a player added to the team isn't going to eventually help the team to a Super Bowl victory than they aren't worth the addition. 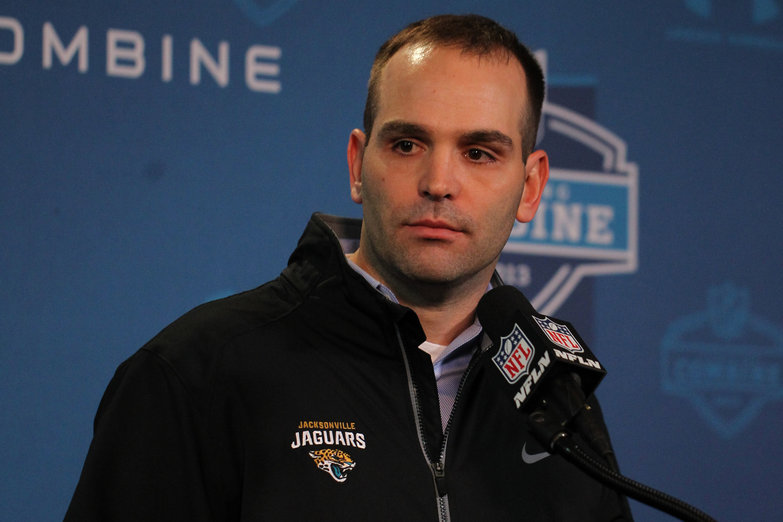 Did David Caldwell make the right move in trading Eugene Monroe to the Ravens for draft picks?

That means no for a guy like Josh Freeman, no for guys like Brandon Lloyd and certainly a no for Tim Tebow.

On that same path of logic, if a player currently on the roster isn't considered a player that will be part of the team's eventual championship run, then why keep them around? Why not go fishing for some extra draft capital to add players that may prove to have the potential to be a part of that team?

With that in mind, the counter-argument for Tuesday's trade of Eugene Monroe to the Baltimore Ravens is simple; many would argue that the 2009 first-round pick was that kind of player. That despite the large contract his above-average play at left tackle would demand and despite the second-overall selection being used on a player that would be stuck in a lesser-valued role on the right side of the offensive line, most would argue that Monroe is a player that can win a Super Bowl.

The counter-argument is easy to make if you believed that Monroe was a long-term piece for the team. The fact of the matter though, is that the Jaguars didn't.

...if they aren't part of Caldwell's plan, there's no reason not to trade them.

The reality is that the Jaguars just didn't view Monroe as worth the pay the market would eventually determine he was worth and that he wasn't a player they would sign after the season. Ultimately, he was a player that was about to play his final 12 games with the Jaguars before leaving in free agency, whether he wanted to re-sign with the team or not.

He won't be the first player viewed like that either. In fact, there's no doubt in my mind that the Jaguars have already come up with a few names that won't be considered long-term pieces. And if they aren't part of Caldwell's plan, there's no reason not to trade them.

Maurice Jones-Drew is the most obvious of those names. A three-time Pro Bowl running back, on paper Jones-Drew would seem to be an attractive option for a team, but with an expiring contract and little production after injury, it's tough to see the Jaguars getting much at all for the back.

The same could be said for tight end Marcedes Lewis and linebacker Paul Posluszny, each of whom are likely in their final season with the team. But with each having contracts that far exceed their contributions, who will want to make a move for them?

I hope they trade Lowery because that dude is a solid player who could start for a bunch of teams.

Instead solid trades would likely have to include a player with a future ahead of them that isn't going to break the bank for a team. A player like safety Dwight Lowery, perhaps?

Lowery, 27, has been a solid starting free safety for the Jaguars since the team acquired him in 2011, but it seems clear that rookie Josh Evans is a player that the team will likely consider a better long-term piece to build around in Gus Bradley's defense. Due to receive $3.1 million in base salary in 2013 and 2014, as well as $3.3 million in 2015, Lowery's absolutely an affordable piece for a team in need of an upgrade at the safety position.

The Jaguars aren't going to make the playoffs in 2013, no matter how you dice it. So, at the end of the day, the Jaguars will likely continue to look to trade away players that don't look as though they are pieces that will be on the team beyond this season.