Was Gus Bradley 'gutless' against Chargers?

One local reporter categorized Jaguars head coach Gus Bradley "gutless" on Sunday, but was he really?

Share All sharing options for: Was Gus Bradley 'gutless' against Chargers?

The Jacksonville Jaguars were dominated at home once again, losing to the San Diego Chargers 24-6. Blame hasn't fallen on rookie head coach Gus Bradley so far on the season, but criticism cropped up on Sunday afternoon after the loss and some strong words were written. 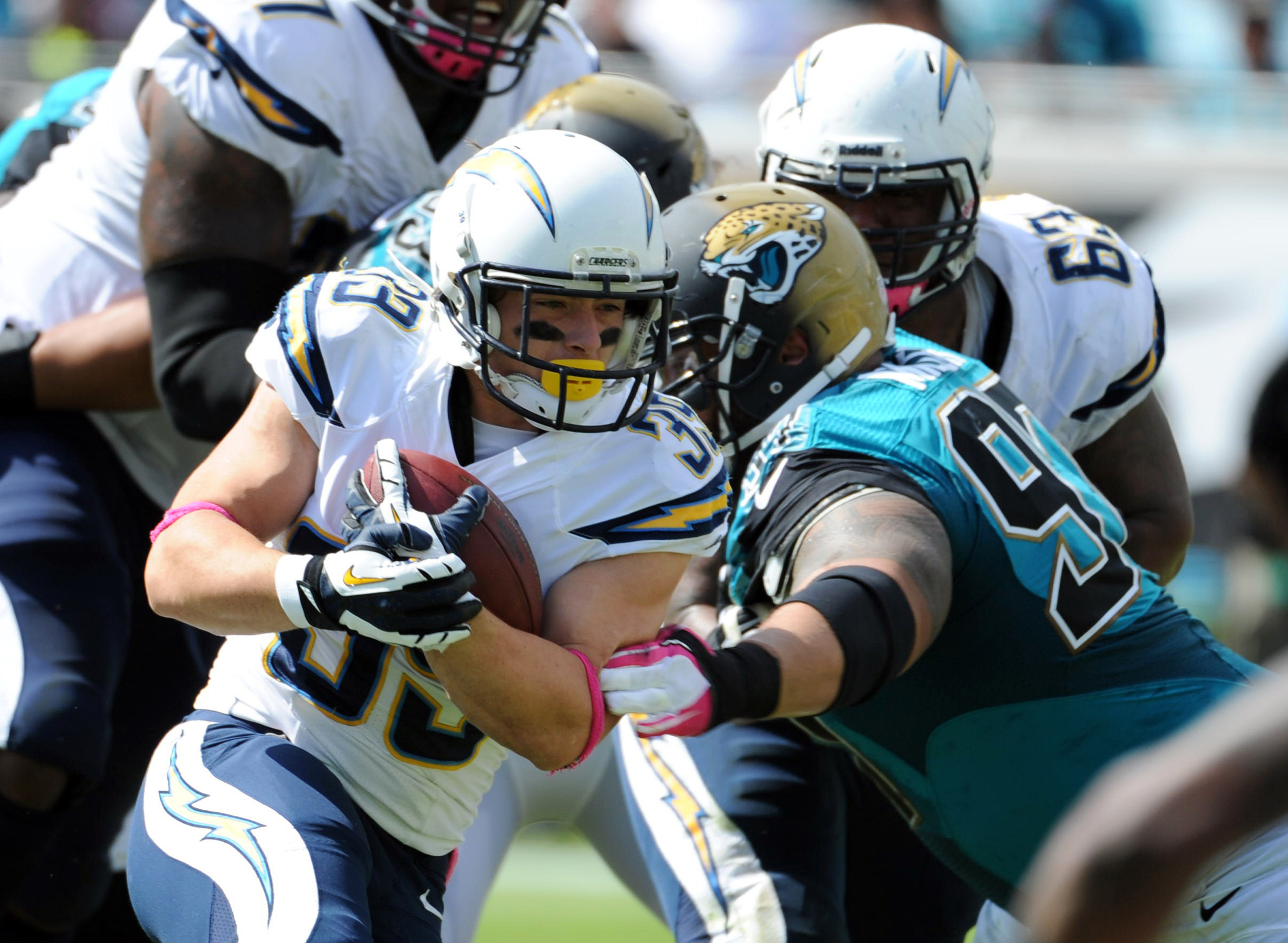 Chad Henne accumulated over 300 yards passing for the Jaguars, but the Jaguars had only six points to show for it.

Gene Frenette of The Florida Times-Union categorized Bradley as "gutless" on Sunday, when down 17-3 he decided to kick a field goal on 4th and goal from the 5-yard line, taking the three points rather than risking coming away with nothing.

"The infuriating thing for fans isn't just that the Jaguars (0-7) are winless. You throw in the players being listless and the head coach being gutless..." Frenette wrote. "... at least during the closest thing to the game's pivotal moment - and that adds up to a big heaping of misery."

Strong words, but a misguided take.

Frenette's rationale was that Bradley "wasted" a timeout to decide if he should go for the touchdown, to make it a one score game, or to play it safe and come away with the points. Either way, the Jaguars would need three scores to take the lead against the Chargers.

"I initially said we’ve got to be aggressive here because on defense it’s not like we were stopping them, and I felt like we needed to be aggressive there," Bradley told reporters after the game when asked about the field goal.

"But I think offensively where we are and how we’re doing in the red zone we haven’t been tearing it up when we get down there," Bradley continued. "I think at that time we needed points and felt like let’s put the challenge back on the defense to get a stop."

The Jaguars are one of the worst teams in the NFL in redzone. They haven't scored a touchdown at home all season, have just five touchdowns in the redzone all year and the last time Bradley went for it on fourth down on the goal line it resulted in a turnover and zero points.

I'm not sure playing it safe in the middle of the third quarter, with plenty of time left in the game, would fall under the "gutless" category. Especially when you're talking about a coach who faked a punt on the first drive of the game against the Denver Broncos a week prior, going for it on fourth down two other times in the game. Or a coach who later in the game against the Chargers went for it on fourth down and came away with a sack and no points.

As a team, the Jaguars have the second most fourth down attempts in the NFL on the season.

It's easy to second guess what teams down after-the-fact, but labeling Gus Bradley as gutless is a heavy charge for a coach who's been anything but that on the season so far.