The Jaguars are set to take on the 49ers in Wembley Stadium in London. 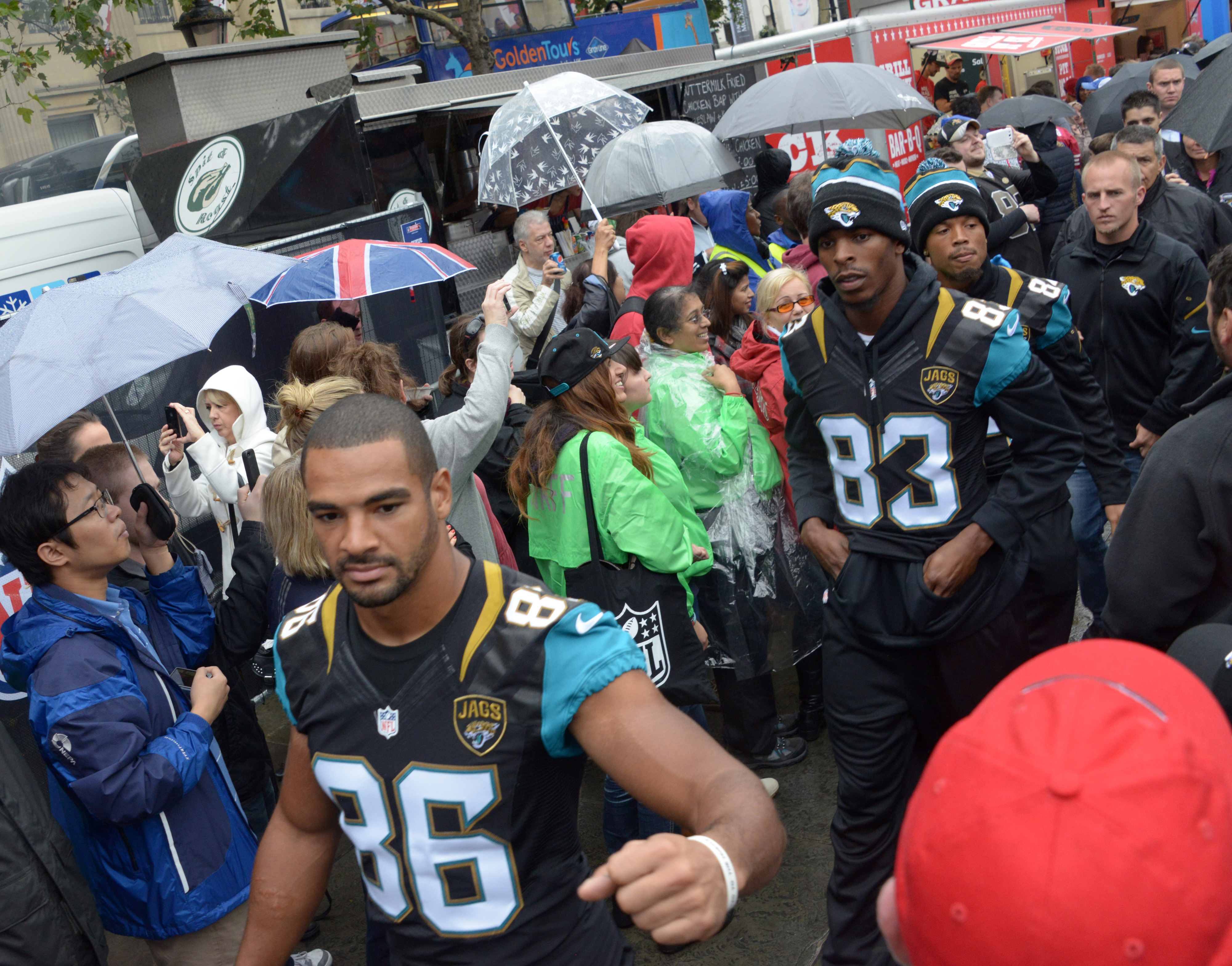 The International Series games traditionally are scrappy affairs as a result of a Wembley turf not designed to give the same purchase as football fields - and with Sunday's impending hurricane-strength winds in the South-East of England, that might be more true this weekend than ever.

Jacksonville has set across the pond and are ready to take on the San Francisco 49ers in Wembley Stadium in England, one more game before their bye in the 2013 season, which has been a disappointment to say the least.

The Jaguars are coming off another brutal loss at home, but this loss was a bit different than the rest, as the San Diego Chargers dominated from the get-go. The Jaguars had a let off from their tough loss to the Denver Broncos, so head coach Gus Bradley and his team will be looking to put more effort on the field than they did against the Chargers.

Odds: The line was as high as the 49ers getting 16 points.