Jaguars fan Casey Ayers made the trip to London, to experience Wembley Stadium and the even of the London game. What he saw was a ton of potential, and Shad Khan trying to capture young hearts.

Stepping into Wembley Stadium, it's immediately clear precisely what Roger Goodell sees in London: a palace worthy of the world's greatest game.

Wembley is in nearly every respect an NFL-caliber property. From the outside, it's an immediately recognizable icon. On the inside, the stadium feels massive thanks to its tall layout. EverBank Field feels yawning by comparison, with its top seats farther away in horizontal distance albeit lower in altitude. The roof - offering coverage for fans while leaving the playing field exposed - feels like the often joked about "Shade Machine" come to life, though I wonder if it wouldn't simply trap muggy air inside if built in a climate like Jacksonville's. If that's not an issue, I'd bet a shiny nickel that if Jacksonville builds a new stadium around 2025-2030, it will be similarly covered.

While we're comparing Wembley to EverBank, if you like to sit in the general bowl and enjoy a fair variety of beer and concessions, kiss the ground and pray in thanks next time you step into The Bank. Wembley offered only Budweiser and Carlsberg, plasticky chicken fingers, hamburgers, hot dogs, some kind of popcorn impostor and a few candies cleverly disguised as "confectionaries". I had hope for something called "Bacon on a Stick", but upon further review, it looked far too much like briefly warmed ham. 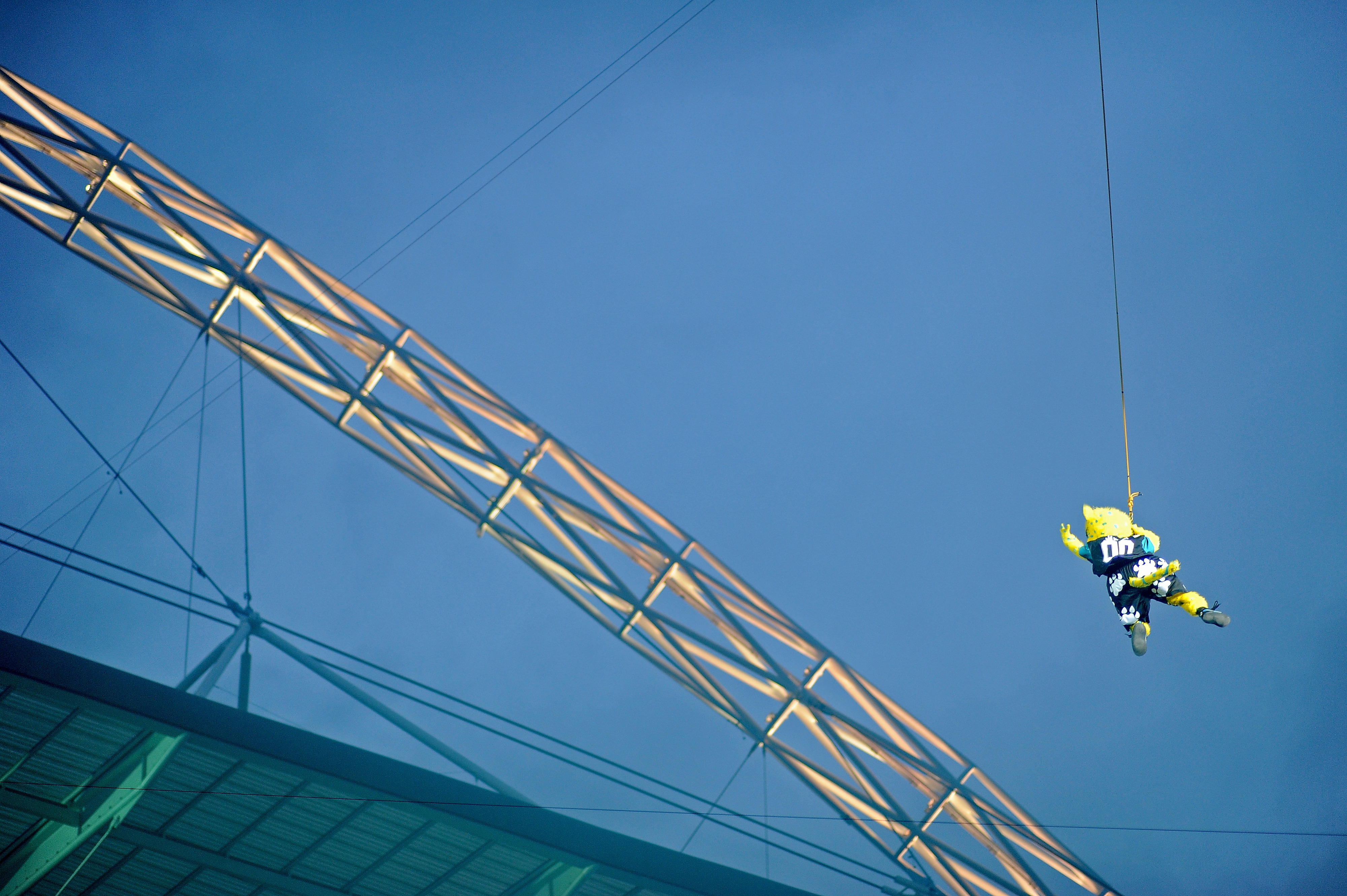 Rewinding a bit, the pre-game experience was, without exaggeration, similar to a Super Bowl. Tens of thousands filled the outside lots of the stadium, buying merchandise and gameday programs, frequenting food carts and milling about a giant tailgate area abuzz with events, sponsor trucks, Jaguars cheerleaders and fans throwing footballs around. The pyrotechnics-loaded pre-game concert by Ne-Yo, jump from Wembley's roof by Jaxson DeVille, presentation of national anthems and trumped-up player introductions made this feel like a game of massive importance.

We know how the game itself went. There's nothing particularly interesting about an 0-7 team falling to 0-8, but the crowd was more intriguing to watch. It felt like the energy built up by introductions was sucked out of the stadium as soon as the game began, but I don't think that's a fair assessment. The crowd sat and watched, but there was little milling about or cross talk. They weren't disinterested; they were focused. They were trying to understand. The place would suddenly erupt with noise on certain third downs - for both teams - but not on others. By the end of the game, it seemed the place had decided third and longs were the ones worth making noise over, but not necessarily even critical third and shorts.

Appropriately, the big plays drew the biggest cheers. While there were a large number of 49ers fans there - no surprise given they've now played the most games in London of any NFL team - Mike Brown's touchdown for the Jaguars drew cheers just as large as those for any Niners touchdown.

Nothing I saw at the game conflicted with my thoughts from the events leading up to it: there's legitimate potential here, and legitimate fans. Overall, they simply need more exposure to better understand what being an NFL fan looks like and feels like. Right now, many are still at the stage where they're wearing a Titans hat with a Giants jersey because the colors are similar.

The NFL is bent on capturing the minds, eyes and wallets of fans in this gateway to the rest of the world. The Jaguars want to capture their hearts. To that end, the fireworks, the free flags given to every fan and the world's greatest mascot bungee jumping and streaking across the field easily overshadow the poor performance of the team. They don't know enough to feel the pain Jacksonville feels. They come with no particular expectations and therefore are not disappointed. They'll have the chance to grow in their knowledge and passion of this game as the Jaguars grow as a team, and that should be fun to watch.