Only the best: Jaguars secondary have a model

The Seattle Seahawks have what is arguably the best secondary in the NFL, and is something the Jaguars can build towards.

Share All sharing options for: Only the best: Jaguars secondary have a model

The Jacksonville Jaguars set out to completely rebuild their secondary during the offseason, one of the many steps into building the new look defense that Gus Bradley has brought from his time with the Seattle Seahawks to Jacksonville. We've explained the defense and what to look for quite a bit, but a big key to how the defense works is in the secondary.

All you have to do is look to the Seahawks, who boast arguably the best secondary in the NFL, to see what Bradley is looking for in the unit. With Kam Chancellor, Early Thomas, Brandon Browner and the lovable Richard Sherman, there is a clear model for the team to build towards. 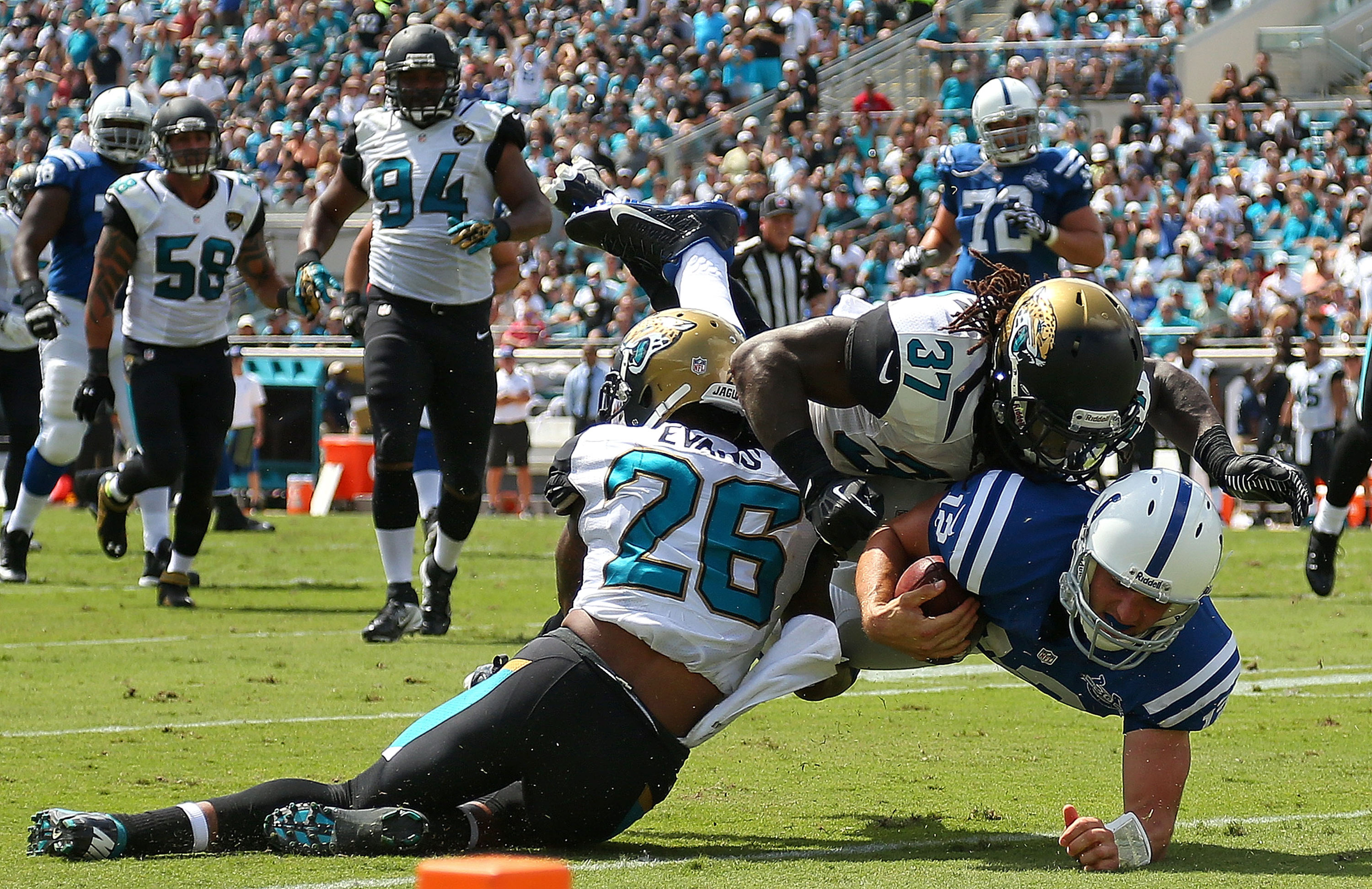 Unfortunately for the Jaguars, veteran safety Dwight Lowery suffered a concussion against the Seahawks and missed the game against the Indianapolis Colts and appears headed to miss Sunday's matchup with the St. Louis Rams. This forced sixth-round pick Josh Evans into the lineup earlier than the Jaguars expected, but he showed some of his potential on Sunday.

Evans and Cyprien as a pair didn't look overmatched on defense. While they for sure had some blown coverages and errors, they also prevented some big plays down the field. Eric Stoner is going to have something on the safeties in this week's Film Room installment, but one particular play I remember was when Evans came flying across in the endzone to break up what looked like a sure touchdown pass.

There aren't a ton of bright spots on the Jaguars right now, but you can clearly see they're trying to replicate what the Seahawks have in the secondary. While they may not wind up with the best secondary in the NFL, the Jaguars are clearly working towards it.