The Jaguars don't have a ton of bright spots so far in 2013, but one of them has been on the defense. Sen'Derrick Marks has been a lot to handle off the snap for opposing teams.

One of the bright sports on the Jacksonville Jaguars defense has been defensive tackle Sen'Derrick Marks. The Jaguars signed Marks in the offseason in free agency on a one-year "prove it" type deal, and so far through the first four games he leads the team in quarterback pressures from the three-technique position on the defensive line.

Marks quickly caught people's eye in training camp and the preseason because of just how fast he was able to get off the snap and into the backfield. Even the Jaguars defensive line coach, Todd Wash, made a note that it wasn't something they were expecting and didn't see when they watched the film on him before signing him.

What happens when you have an interior lineman who's quick off the snap and can get immediately in the backfield? 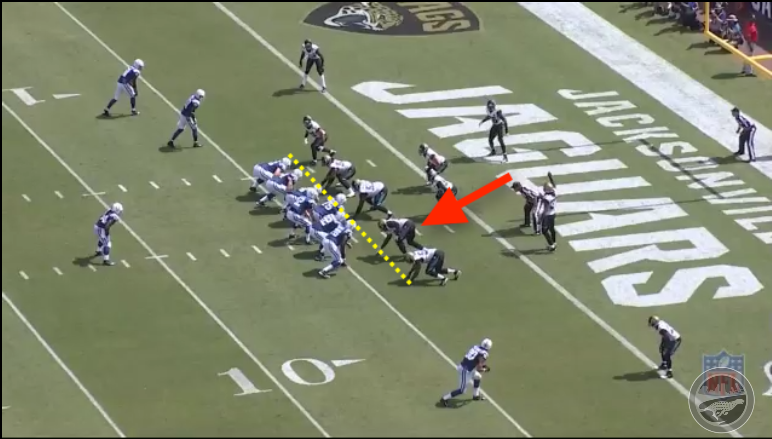 You can see on this play where Marks is lined up, at the three-technique between the right guard and right tackle and where the line of scrimmage is. Right off the snap, Marks is already in the backfield and disrupting the play. 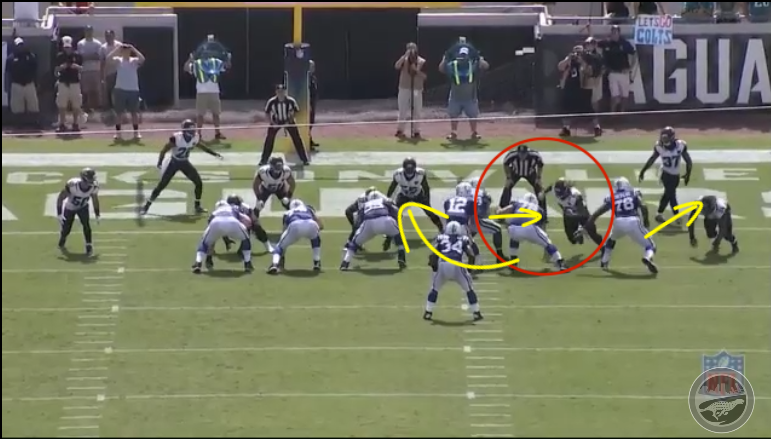 The Colts are attempting a play-action pass into the endzone with their right guard pulling and the center trying to trap Marks. Marks is so quick off the snap however, he goes right past the center and into the hole left by the pulling guard and blows up the threat of play-action by being on Trent Richardson immediately. 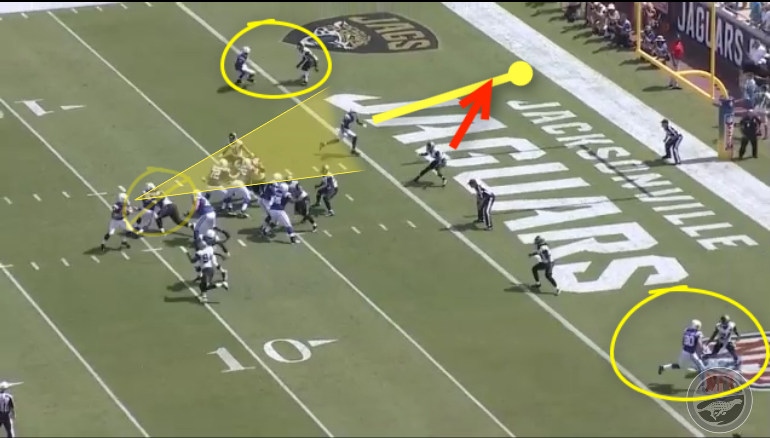 Typically on this play, it should be an easy touchdown to Reggie Wayne, all by himself in the back of the endzone. Since Marks was able to get in the backfield so quickly and on Richardson however, it gave rookie Josh Evans who had bit down on the fake, to recover and get in a spot to force Andre Luck to throw the ball away. 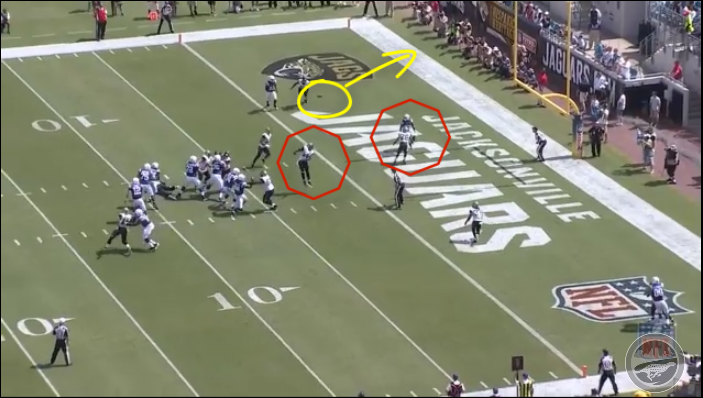 As you can see, with the play-action threat neutralized, the defenders the play would typically suck-in leave the throwing lane muddled and Luck has to just throw the ball away.

Going against the St. Louis Rams on Sunday, he'll be facing a pair of interior lineman who have struggled in pass protection and run blocking. Harvey Dahl has giving up five hits on the QB and five pressures, while Chris WIlliams is their worst graded pass blocker, giving up three sacks and nine hurries.

As mentioned before, Marks was signed to a one-year deal in the offseason as kind of a prove it deal and through four games so far, he's certainly warranted a second thought about another contract in my opinion. According to Pro Football Focus currently, Marks is the second highest graded defensive player overall and the best against the run. Marks also leads the team in quarterback pressures and is second in hits on the QB, despite having no sacks. He's clearly making life difficult pass rushing from the inside, even if the box score isn't show it.