Join the BCC community to discuss the second half of Sunday's game between the Rams and Jaguars.

Share All sharing options for: Jaguars vs. Rams 2013: Second half game thread

The Jacksonville Jaguars looked functional on offense at times and outgained the St. Louis Rams 198 to 188 in the first half, but two turnovers led to a 24-10 lead for the Rams at halftime. 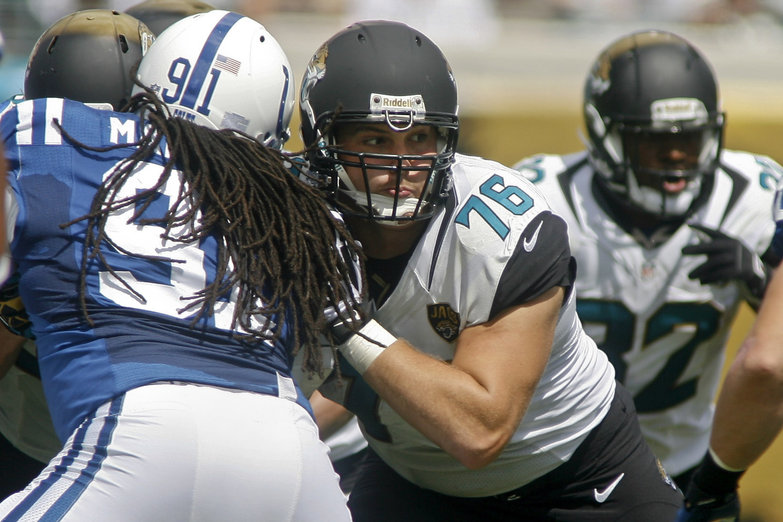 While it initially looked as though it may have been a knee injury for Jaguars OT Luke Joeckel, the team announced it as a right ankle injury.

While the team is down two scores, there are some reasons to be optimistic for Jaguars fans. Namely, the obvious impact that Justin Blackmon's presence in the lineup has, as the Jaguars were able to move the ball. Blackmon was also responsible for the first score of the day, as he broke free for a 67-yard touchdown.

Also making a noticeable impact in the first half was linebacker Russell Allen, who consistently made plays at the line of scrimmage for the Jaguars defense. Had it not been for a Blaine Gabbert interception that was returned for a touchdown and a Clay Harbor fumble that set up the Rams in the red zone, the Jaguars defense would have finished with a very solid first half.

Ultimately, the Jaguars haven't looked too bad in the first half, despite the score. Gabbert has continued to consistently give facepalm-worthy plays, but the young roster looks as though it is continuing to show growth.