The Jaguars earned a win in Week 10 and a precision play early in the game set the tone for the team.

Test how precise your football knowledge is by playing the Precision Play of The Week for a chance to win Super Bowl tickets – brought to you by Gillette Fusion ProGlide, precision comfort, even on sensitive skin.

The Jaguars won their first game of the season in Week 10, making the selection of a Gillette Precision Play of the Week much more pain-free. While the obvious selection is the strip sack by Will Blackmon that resulted in a fumble recovery touchdown that sealed a win for the Jaguars, I'm going a different route.

Instead, I'm choosing the play that set the tone right away for the Jaguars and put the team in position to get early momentum. On the first play from scrimmage, the Titans ran off the right tackle and looked to have a pretty wide crease as both Russell Allen and Jason Babin were flushed out of the play. Only middle linebacker Paul Posluszny could keep Johnson from breaking through for a decent gain. 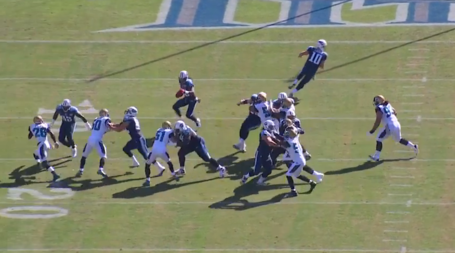 Rookie first round selection Chance Warmack beat Posluszny to the spot, but the veteran linebacker managed to dip around the rookie and get an arm on the football. 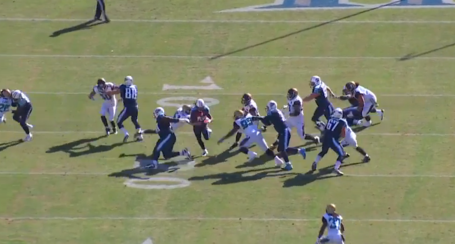 While a lucky play for Posluszny, he managed to do just enough to force a fumble. The loose ball also happened to bounce right into the waiting arms of Posluszny while he was on the ground.

The Jaguars scored a touchdown just a few plays later to take an early lead and the forced fumble was the principle reason why Posluszny was named the AFC Defensive Player of the Week.