Your soul has been battered and bruised much like the Jaguars roster. This week, Big Cat Country provides Chicken Soup for the JAGWRS fan's Soul. Drink up.

Share All sharing options for: Jaguars vs. Texans: The BCC PREVIEW EXTRAVAGANZA 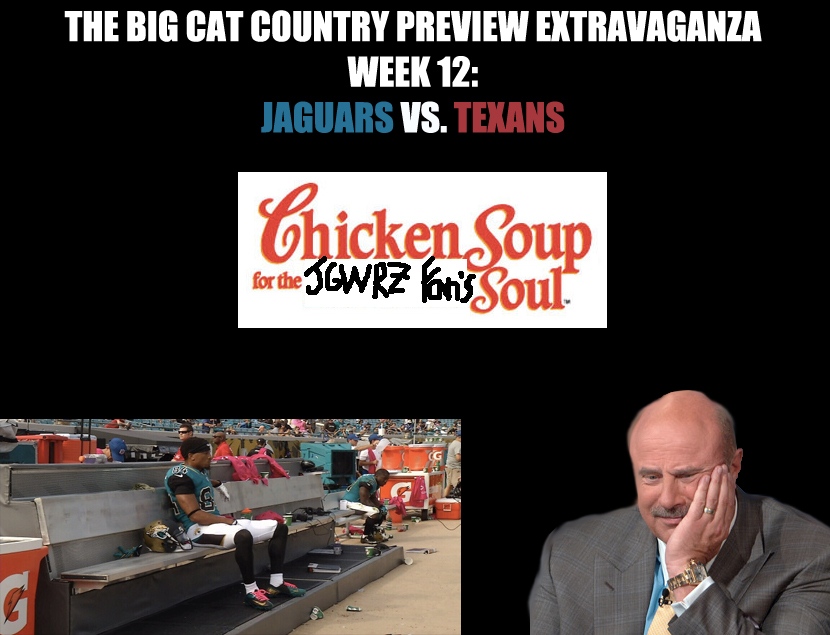 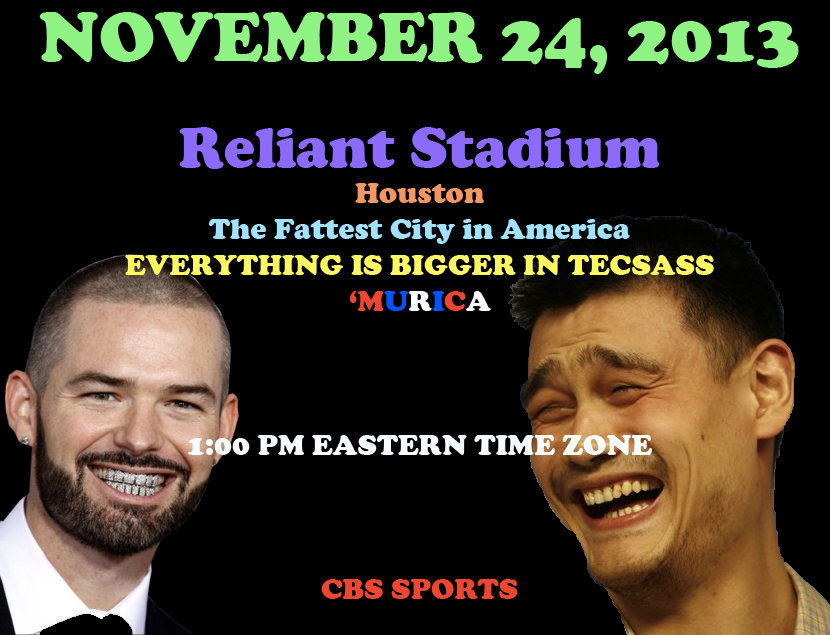 It was the late, great Bonnie Raitt that once said "Love is a battlefield, heart ache to arch we stand tall. Love in the bottom parts." The true means on this wonderful song will never be known.

The Houston Texans have, much like the entire state of Texas, clung on to Bonnie's musically collection as a sense of hope. How though? Impossible to tell. Let's look deeper.

Bonnie, a student on the game is a local high school hero. She was quarterback at Johny Manziel's highschool exactly 34 years before Johny was born. Johny's uncle had sex with Bonnie on multiple occasions, according to my made up sources.

Bonnie had wild red hair. She would come into the stadium and literally wave her hair around like it was a helicopter. Hair cot damn everywhere.

Citizens of Texas referred to this as "Battle Red. We are young."

When the Houston Browns moved to Baltimore in 1994, the new franchise wanted to a taste of home. That taste of home was Bonnie Raitt. This weekend, Bonnie will be throwing out the first pitch before the game and the local people are going to straight up lose their shit. Im talking about hooting and hollering like you wouldnt believe. Danger awaits.

Matt Schuab, because he wont be busy playing quarterback, will be preforming during the half time show. Bonnie's songs serve not only as a rallying cry for the Texans fan base but they also explain perfectly how Matt feels.

Matt has been through much. Fake fans almost showed up at his doorstep and told him that he sucked dick. Offensive to say the least.

I interviewed Matt this week. I didnt get a chance to ask any questions. He kept singing this song on repeat. Let's take a listen and think about how sad the term Battle Red really is.

Footprints in the Sand

In times of trouble, NOW

I sat alone at a park bench today. No merry-go-round going around, no fat child stuck in the slide. As I comtemplate my sense of self, I recall an old tome of yore, to comfort me, in my isolation.

One night I dreamed I was walking along the beach. Many scenes from my life flashed across the sky. I was on acid. And I freaked the fuck out.

As I began my dance I found that I was no longer alone. I can hear the distant shouts of what I believed were friendship. Alas! For the rest of my days I shall never be alone.

And in the end, there were 12 sets of footprints in the sand; one for every officer required to restrain me.

Stories like these remind me of those who helped our beloved Jaguars throughout the years. I can't help but to think the inspiration that Gene Smith provided to us as a franchise during his short tenure as GM. He, truly, raised us up.

Shad Khan's building pools and scoreboards, y'all. Keith Olbermann's hating, but he still can't do anything about the fact that there's gonna be world-class stuff going on in Jacksonville next year. The Jaguars are going to have big scoreboards and a case for the 2016 or 2017 BCS Championship.

Shad Khan is a 61-year-old boss, and his 31-year-old son, Tony Khan, ain't too bad either. He completely understands the direction the team is headed as, not only a franchise, but a fanbase as well.

I mean...anyone who is excited to give my Uncle a hug is cool with me.

We gather here to lay to rest the memory of Mark Brunell. The best quarterback in franchise history had the opportunity to be remembered as exactly that, but decided to take on the role of "worst Jaguars ambassador ever."

Rest easy #8, it's a shame that Whataburger wasn't where it ended. Eh...whatever, the team needed new best quarterback ever anyway.

A wise man once told me that 'a man that needs motivation isn't worth motivating'. Obviously he had never met a Jaguars fan.

Motivation is stupid to write about because nobody can do so without sounding insipid and saccharine. Don't know what 'saccharine' means? Congratulations, simpleton.

It is very easy to say that motivation comes from within, but I'm not a plumber. I'm not going into a cadaver with a shovel to find motivation.

The Vikings took mushrooms to build into a frenzy before going into battle. Sadly, Adrian Peterson is the only Viking to partake in this tradition.

Some people use posters for motivation. I use my fists.

Yelling obscenities can be a great motivational strategy. Whispering sweet nothings into your ear works also.

Some people listen to hype music to get themselves motivated to do something. I think 'Closing Time' by Semisonic is a good one.

Contrary to what Greg Schiano says, waterboarding is not a motivational technique.