It's Jacksonville or nothing

Wayne Weaver brought the Jaguars to town 20 years ago 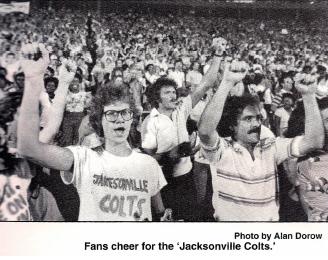 On November 30, 1993 the Jaguars were awarded to the city of Jacksonville, a massive surprise to most at the time, with St. Louis or Baltimore viewed as a shoe-in to be awarded the NFL's 30th franchise, after Charlotte had been awarded the Panthers a month prior.

Jacksonville started the quest for an NFL franchise before I was even born, back in 1980 with former mayor Jake Godbold. The year prior, then Baltimore Colts owner Bob Irsay saw a crowd of 50,000 fans fill the Gator bowl as he teased the city with the shot of an NFL franchise. 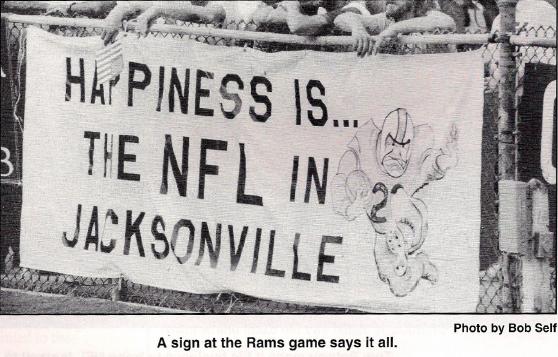 A long time tease city for NFL relocation, much like Los Angeles has been since both the Rams and Raiders fled to where they are currently, Jacksonville was always left wanting. There was no one in Jacksonville who had the ability, the gumption if you will, to secure an NFL franchise and bring one to north Florida.

J. Wayne Weaver, who was born in Columbus, GA and attended the University of Florida, was the man who had that ability. Weaver came up through, oddly enough, a St. Louis, MO based clothing company before starting his own shoe company. That company's sale is what catapulted him to the ability to buy-in to the National Football League. 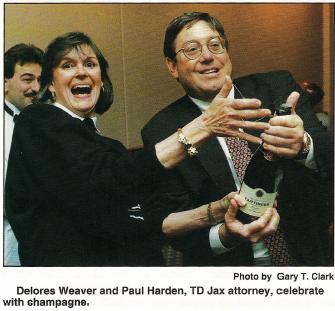 Weaver, along with local developer Tom Petway and future Florida governor Jeb Bush, organized the original Touchdown Jacksonville!, which was established to help bid for an NFL franchise in north Florida. Their bid was accepted and Jacksonville named a finalist, along with Charlotte, Memphis, St. Louis and Baltimore. As mentioned, not many believed Jacksonville would actually walk away with either of the two expansion teams the NFL was planning to hand out.

On November 30, 1993 in a shocking move, NFL owners voted 26-2 to award Jacksonville the NFL's 30th franchise. It was such a surprise that there are still fans in cities that now have franchises that are still bitter about Jacksonville getting a team, but that's another story for another day. 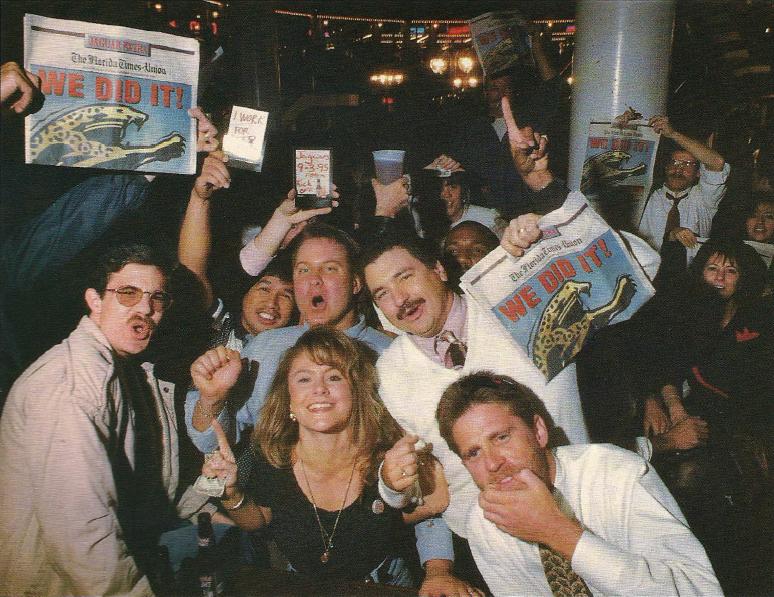 Wayne Weaver was successful. He was the king of Jacksonville. He gave us NFL football, something we desperately had wanted for decades.

Weaver sold the team nearly two years ago to current owner Shad Khan. Weaver had his downfalls as an owner, especially during the final four or five years of his ownership, but he was still the man who brought the NFL to Jacksonville.

Under Shad Khan, it kind of feels like it did in 1993, at least from what I remember. I was 11 years old at the time, so it's a little fuzzy. Jacksonville seems intoxicated with the Jaguars again. It's almost like we got a new expansion team, with the complete rebranding. A brand new front office and coaching staff, the new logo, the new uniforms and now new scoreboards in EverBank Field.

I remember riding the bus to school and every kid talking about having our own football team. It's like that again.

Happy Birthday Jaguars. You can legally drink next year. 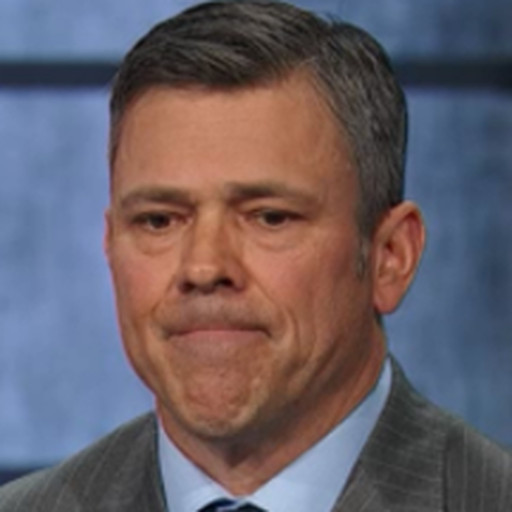