WATCHA GUNNA DOOOOOOOOO, WHEN THE JAGUARS COME FOR YOUUUUUUUUUUU, BROTHERRRRRRRRRR?

Share All sharing options for: Texans vs. Jaguars: THE BCC PREVIEW EXTRAVAGANZA 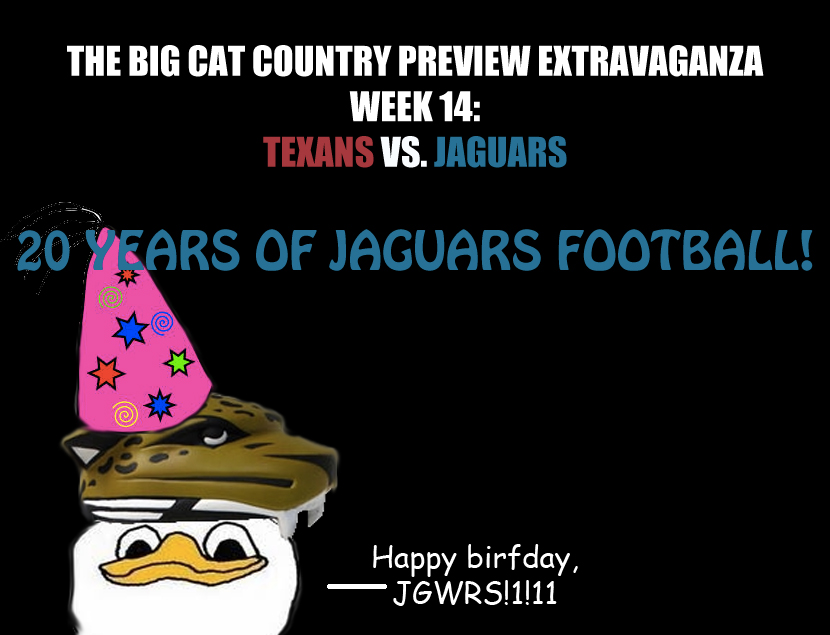 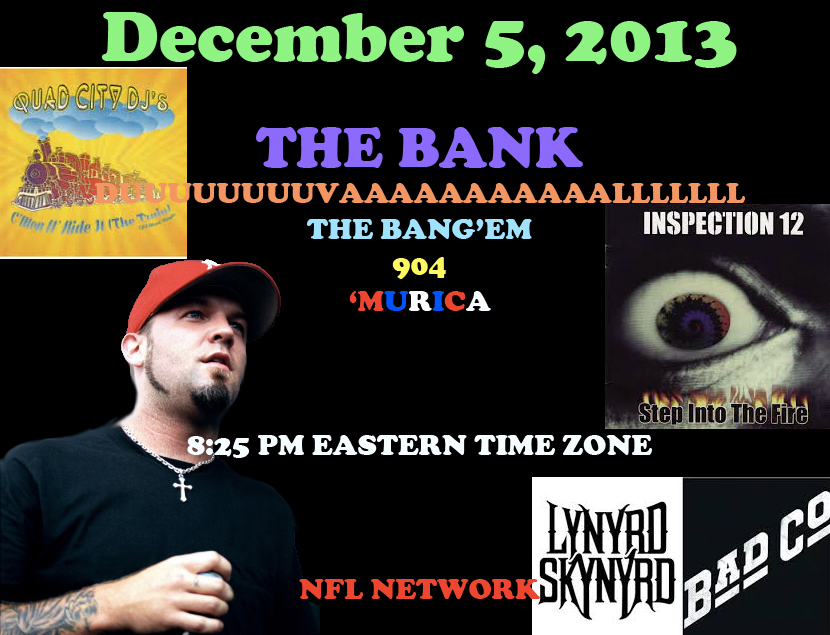 The Jaguars at 20 have accomplished more than your little whiney ass brother. Sure, they haven't exactly flown through the teenage year but this is the year that they woke up and decided to do something with themselves.

The teenage years doe. Man. Those were a bitch. The dad that was so thrilled with his club during the adolescent years went to the "gas station" to "pick up some things" and ultimately put us up for adoption. Diabolical.

The NFL has bullied us as we have grown from that good boy to troublesome teenager but our nuts are finally swinging low like a cot dam chariot.

Speaking of, can you imagine showering with Robert De Niro? Talk about a blessing.

As we get 20 candles on our teal cake, celebrate. Throw your Ds up and thank Shad from whom all blessings flow. 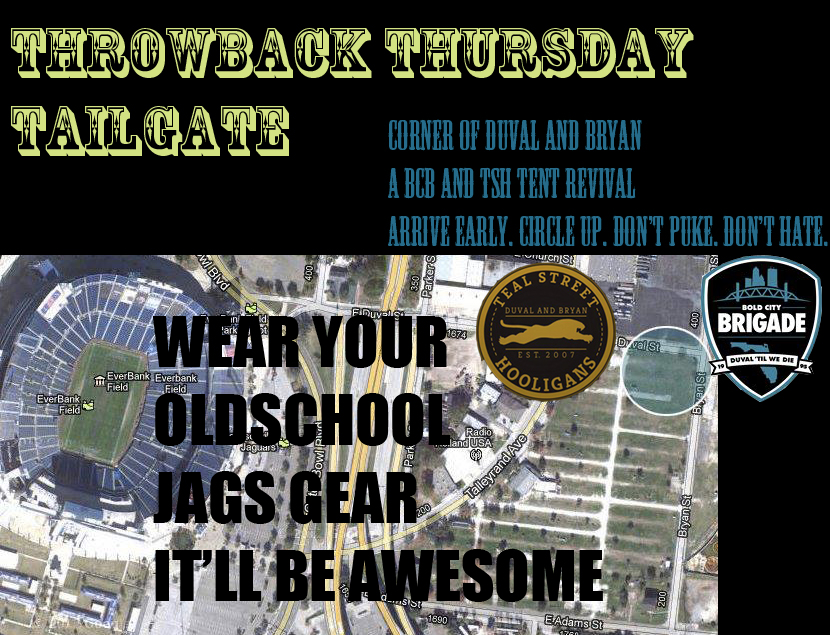 No Frisbee Dogs This Week

How you can have a HAPPY birthday without frisbee dogs is beyond me?

Happy Birthday Jaguars!!! Us here at Big Cat Country tried to scrounge up the $50 to give a proper birthday greeting on videoboard at the end of halftime, but our operating budget took a huge hit after a drunken night of Ebay. Needless to say I have way more Pogs now than I did in the 90s.

We loves you nonetheless, Jaguars, but apparently not as much as those elitist jerks who did pony up the cash.

(h/t to BCC's Daily Devotionalist @JohnOsment for videoing this shit).

Lol. I remember my first disappointing season. 2000 was pretty bad. The Jaguars made the playoffs four years in a row and suddenly weren't good anymore. How does a team go from 14-2 to 7-9 and outside the playoffs for five straight years just like that?

How do the Texans go from 12-4 and a Super Bowl favorite to the worst team in the NFL one year later?

I do know that it's much funnier when it's not happening to the Jaguars, though. It's especially funny when it happens to guys that wore letterman jackets and play in the AFC South. The Texans are 2-10.

That's just hilarious no matter what is happening in the rest of the league.

The Jaguars have had two winning eras in their 20 years. They went to the playoffs four years in a row in one span and earned postseason bids in two of three years in another.

Unless you have someone like Tom Brady or Peyton Manning, they come and go pretty quick.

Hey Texans, you don't have Brady or Manning. Until you do, get used to the disappointment.

What's not disappointing? Watching an 0-8 team...appoint? me. Why are the Jaguars winning games right now? I'm not really sure how to explain it.

They're still the NFL's least talented team...or at least I think they are. Hey maybe the Jaguars are closer to appointing us with some winning than we actually thought? I don't want to think that because then maybe I'll be disappointed. But right now it's hard not to at least be appointed.

Happy Gotdamn Birthday, gollllllllly, you're almost old enough to drink. Hell, I remember when the Jaguars were knee-high to a grasshopper. Started with a rag-tag group of individuals that included Eugene Chung and Long Ding and now we have... we have.... CECIL GOTDAMN SHORTS III.

It's been a long 20 years, Jaguars. Like Drake says, "A penny earned is a penny thrown into a fountain for a wish of a pony." The Jaguars started out like a precocious cub, becoming a regular fixture in the NFL playoffs. However, like many people during there late teens and early twenties, fell on hard times after experimenting with hard drugs, like Gene Smith, the heroin of NFL GMs. But now the Jaguars are off the junk, and now have a new front office that seems to have kicked the Jaguars in the butt and told it to get a goddamn job or he's getting kicked out of the house, thanks mom.

The Jaguars have spent the last few years of its life in Law School. Several years of doing absolutely nothing constructive and wasting untold sums and hours of everyone's time. Now that the Jaguars have finally wised up and realized the practice of law and law school in itself is for jabronis, the Jaguars are ready to get on with its life.

Several weeks ago it seemed that the Jaguars were tanking for a draft pick. However, like a majestic Humpback Whale, the Jaguars have come rushing from the deep to splash on the jabroni-asses of the rest of the NFL. We are no longer tanking. We are here to tell the rest of the country to kiss our asses.