Jarvis Jones has been a player that has been mocked to the Jacksonville Jaguars and a player that a lot of Jaguars fans would like to see the team pick. Jones was a productive pass rusher for the Bulldogs in their 3-4 defense, but he has a spinal stenosis in his neck which will scare a lot of teams in the upcoming 2013 NFL Draft.

"Most of the doctors checked me out and feel that I'm fine," Jones told the media at the NFL combine. "I don't have any contusion or anything like that in it. I only had one incident, a stinger at USC in 2009, my freshman year. I never had any symptoms after that...The doctors felt that I was healthy today. So I'm excited."

Alex Brown of Optimum Scouting did a thorough piece on Jones when he declared for the NFL Draft, including investigating his neck issue with a medical professional to kind of explain exactly what it means for Jones and teams thinking about drafting him.

As one might imagine, cervical spinal stenosis is the more frightening of the two, as cervical can cause paralysis from the neck down, while lumbar spinal stenosis would only cause paralysis from the waist down. Paralysis being the most extreme of results from the injury (and most rare), Dr. Chicoine did state that spinal stenosis is typically less progressive until the person affected by such injury is in mid-life. Moreover, Chicoine said it's almost impossible to predict how much of an effect the injury might have on Jarvis Jones' career, as that would require more knowledge about the extent of the stenosis present.

There have been reports of Jones being yanked off some team's draft boards because of his medical condition, but that shouldn't be much of a surprise given the potential severity of the issue. While the stenosis isn't going to take Jones off the field in the first 2-3 years of his career, it could very likely limit the length of his career like it did former left tackle Marcus McNeil, who was forced to retire after his sixth NFL season because of the issues with spinal stenosis. 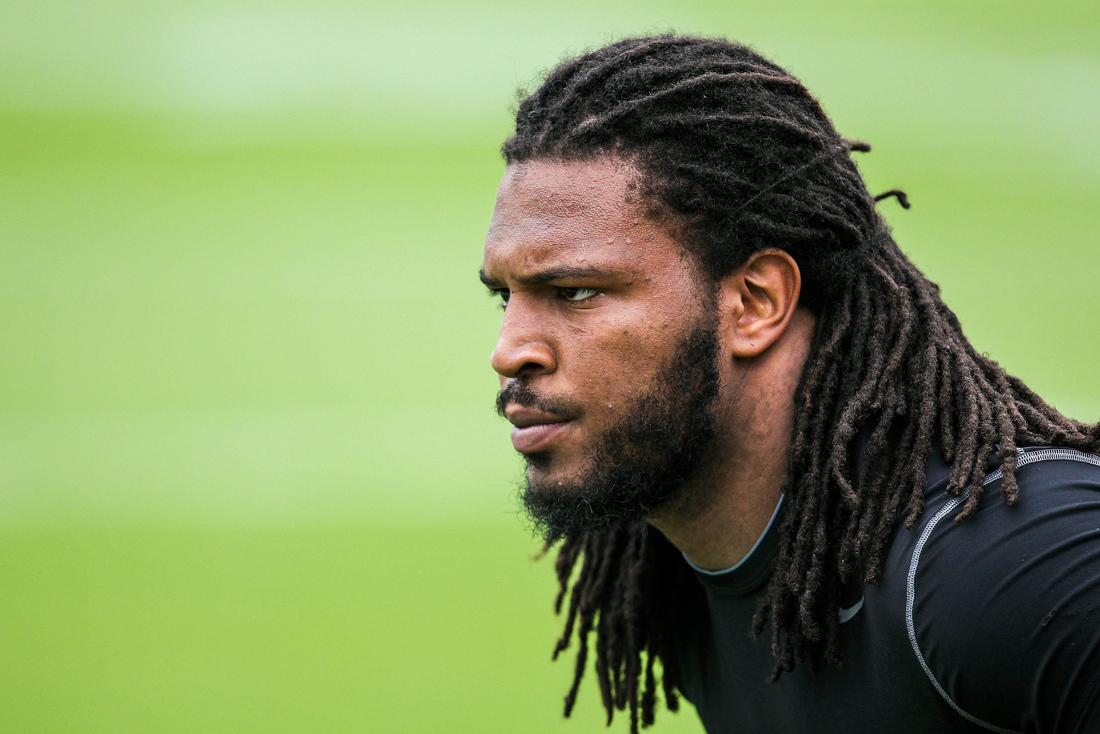 Jones, who originally played for USC, couldn't get medically cleared to get on the football field. Eventually Jones wound up transferring to Georgia and became their star pass rusher, finishing his final season at Georgia with 14.5 sacks and 24.5 tackles for loss, but those stats don't really tell the whole story on what he is as a pass rusher.

Jones has been mocked in the draft as high as No. 2 overall to the Jaguars, but after skipping workouts at the combine and some teams noting he didn't pass their rigorous physicals at the combine and teams are going to split on if he's worth the risk. Outside of his medical red flags however, Jones has legitimate questions about where he's going to play in the NFL.

"I don't have any contusion or anything like that in it. I only had one incident, a stinger at USC in 2009, my freshman year. I never had any symptoms after that...The doctors felt that I was healthy today. So I'm excited."

What is Jones' position?

A lot of people have tried to compare Jarvis Jones to Denver Bronco's linebacker Von Miller, who's doubled as a pass rusher on the line of scrimmage and as a strong side linebacker in a 4-3 defense, but Jones isn't really that type of guy. In my opinion, and in the opinion of some people I've spoken with and trust, he's a limited player on defense he's essentially a one-trick pony. Now, if you're one trick is rushing the passer that's fine, but the problem is Jones' isn't that speed rusher off the edge of the defense line someone like Miller. He's essentially just the "jack" linebacker in a 3-4 defense, where his job is to rush the passer off the edge. He could potentially fit as a 3-4 "SAM" linebacker as well, similar to an Anthony Spencer type of player.

That moves on to asking, does Jones fit in the Jaguars new hybrid front going forward? The answer to that is a bit complicated, depending on what you're looking for in a player. A lot of people seem to want to say Jones can be the LEO guy in the Jaguars new defensive front, which is kind of a hybrid defensive end linebacker player, but Jones doesn't seem to fit that at all. The big issue there is a LEO is often asked to play with his hand on the ground and has to at least somewhat be able to set the edge against the run. His primary concern is getting in the backfield, but Jones doesn't really play with his hand on the ground. He's more a straight up stand up pass rusher. Jones was steamrolled in the running game in college often, especially in the SEC Championship Game against Alabama, the Crimson Tide targeted him and just ran over him.

Bradley's defense is likely going to feature a stand up pass rusher in some situations and formations, such as when Seattle would use a double LEO front with Bruce Irvin and Chris Clemons, but unlike Irvin and Clemons we have no idea if Jones can hold up with his hand on the ground. I think this is where the biggest confusion with the LEO position comes from, the player has to be able to play with his hand on the ground, not just standing up.

If Jarvis Jones was available with the 33rd overall pick, I think he would require a long look for the Jaguars, but as far as fit and medical concerns, he shouldn't even be on the board for the Jaguars with the second overall pick. There are some players in this draft worth taking the risk on with medical concerns, but that's not something you should be doing in the Top 5 of the draft.