The Jacksonville Jaguars could be drafting a quarterback in the first three rounds of the 2013 NFL Draft, quite possibly could take Geno Smith with the second overall pick in the draft. It's tough to project how players are going to make the transition from college to the pro game however, but Football Outsiders has used something called the "Lewin System" to project quarterbacks to the next level with some considerable accuracy. 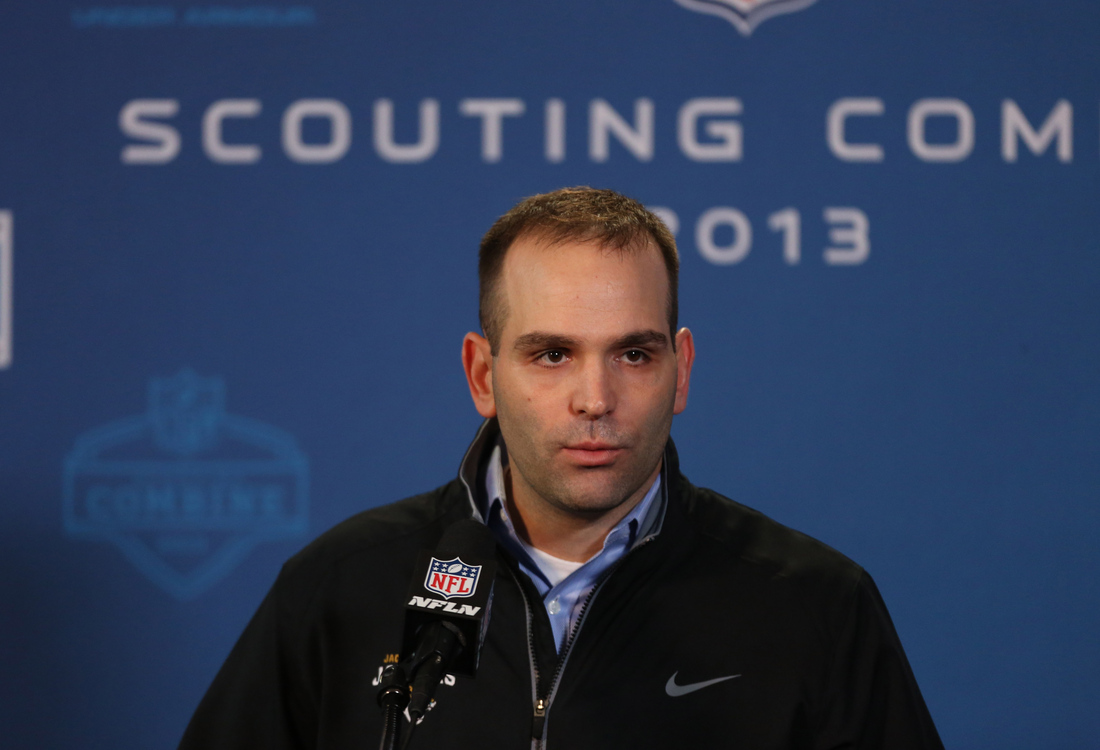 With the recent trade by the Chiefs, the 2013 NFL Draft is looking a lot like the 2008 draft, meaning the Jaguars might have a quarterback fall into their lap.

The Lewin Career Forecast, for the unfamiliar, is a system devised to project a college quarterback's pro performance based on some college stats: games started, completion percentage (a logarithmic variable), body size, difference in QB rating from junior to senior year (another variable for sophomore to junior season), run-pass ratio, a non-BCS conference penalty, and total rushing yards in the player's final season. The system is not perfect, but it's been surprisingly accurate the past few seasons. The system is also used solely to gauge quarterbacks drafted in the first three rounds, because if a quarterback falls beyond the third round there is generally a big reason for it, as in he's not viewed as an NFL quarterback by scouts.

All seven factors of the LCF are used to estimate what a quarterback's Defensive-Adjusted Yards Above Replacement (essentially, how much better a player will be than an average-level replacement at the same position) will be 3-5 years into his professional career. As you can see for Gabbert, his DYAR clocked in 656, putting him in the same range as Christian Ponder, Jake Locker, and Ryan Mallett. None of these quarterbacks have really done anything of merit in the NFL and most of these teams could be looking to replace those players in a year or two (Mallett is likely traded at some point).

For instance, in the 2012 Lewin Forecast, the two highest projected quarterbacks were Robert Griffin III and Andrew Luck. Both quarterbacks had great rookie seasons and led their teams to the NFL playoffs. Russell Wilson also scored absurdly high in the system, higher than both RG3 and Luck, but was considered a third-day prospect so he was an outlier. In the 2011 Lewin Forecast, it pegged Jaguars quarterback Blaine Gabbert as an average quarterback in the NFL:

Here is where maybe you get the sense that this isn't the best year for low-risk quarterback prospects. From Gabbert on down, every quarterback prospect for 2011 is lower than every quarterback prospect from 2009-2010 except for Mark Sanchez. Gabbert is a little low on games started, a little high in completion rate, and basically average on all the other variables in the system, so LCF v2.0 thinks he's going to be a very average quarterback. His projection is close to the average projection for all the players in the data set used to create LCF v2.0, which is 604. An average quarterback can be a very useful thing on the right team, but it is not something you want to get with a top ten pick.

As it stands right now, this is a frighteningly accurate of Gabbert.

Looking at the system for the 2013 NFL Draft the quarterback with the highest score is surprisingly Landry Jones of Oklahoma, but as mentioned before he's not considered a first round pick or a day two type of quarterback, so he's an "asterisk" player like Russell Wilson was in 2012. Excluding Jones, the highest graded quarterback is actually Geno Smith with a DYAR of 2,064.

Here is what the LFC had to say about Geno:

Smith is the kind of prospect that the LCF loves: He's a three-year starter with a high (67.4 percent) completion rate, and he's mobile but a passer first. The LCF also likes that his stats improved in his senior year, which suggests he's still learning and growing in the position. Unfortunately, the LCF isn't looking at Smith's game-by-game record in 2012, which was astoundingly inconsistent. West Virginia ranked 122nd out of 124 teams when it came to variance in Football Outsiders' Offensive FEI metric. He struggled against teams with strong pass defenses, like Kansas State and TCU, and those are the games teams need to look at before they decide if Geno Smith is worth a first-round pick.

We know the Jaguars are implementing some analytics into their evaluations of players going forward with Tony Khan and his department, but to what extent we do not yet know. If the Jaguars are fans of the Lewin Forecast however, it highly favors the thought of drafting Geno Smith with the second overall pick.

Until the Jaguars come out and say they're not interested, which they're likely not going to, the speculation on whether or not they will draft a quarterback will continue.