People always hate change, no matter what the change is. There's always going to be a big group of people who hate something that changes, especially immediately. When I immersed myself in the 2,598 comments on the new logo announcement on the Jaguars official Facebook page, I was pretty surprised that so many people were attached to the Jaguars old logo. Then I remembered something I learned about in school.

As defined by Wikipedia: The mere-exposure effect is a psychological phenomenon by which people tend to develop a preference for things merely because they are familiar with them. In social psychology, this effect is sometimes called the familiarity principle. The effect has been demonstrated with many kinds of things, including words, Chinese characters, paintings, pictures of faces, geometric figures, and sounds.[1] In studies of interpersonal attraction, the more often a person is seen by someone, the more pleasing and likeable that person appears to be.

In layman's terms, people love the old logo so much because they've seen it for nearly 20 years.

BREAKING: We've solved the mystery of the sex of the new Jaguars logo.

Dammit you people are detectives. ENHANCE. RT @longlivedixie:found the penistwitpic.com/c16wvw

Anyway, let's get to the fun part. Laughing at Facebook comments.

Boy, have I got some good news for you Tim. I checked and it turns out that 'a' arena team is in fact a pro team! The players on arena teams are paid professionals, so worry not!

Right on, Rodney. It's no different from the old one, except for the difference you listed. Also, have you ever seen a bobcat? Maybe you can find one at a colledge.

Well, considering there is virtually no difference between a jaguar and a panther aside from their coloring, that shouldn't be a surprise. Except for the part where it's not black, should be a dead give away it's not a panther.

So, it looks like a vicious predator that feels like you've just threatened it's young? Well, I hope she doesn't rip the life from your throat. That might be too macho for a lady.

I know, right? You would think they wouldn't tie up David Caldwell and Gus Bradley's time with drawing up a logo like that. They should probably hire another set of people who have nothing to do with football operations to worry about this kind of stuff.

Yeah, what's your 40-time Shad? You should be working on your bench reps for the owner combine.

Ugh. Remember when the United States had that socialist garbage after 9/11? "United We Stand" UGH. Get that pinko stuff outta here!

I'm pretty sure it doesn't look anything like a flying squirrel.

It's too intimidating. I don't even know if I'll even be able to buy a shirt. Babies might cry before I even get to the checkout counter.

It would be soooooo much better if they made the logo black, gold, and teal. Oh, wait what? 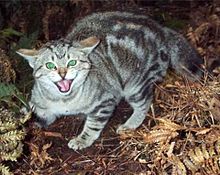 I'm sorry to report to Jaguars fans that they will not improve game play in the 2013 season. Shad Khan chose instead to re-design the logo in lieu of improving the football team. Maybe next year, you guys.

Oh man, the Packers cut Clay Matthews? We better go sign him. He'll be a hot item on the free agent market!

Why do you live in a zoo? What kind of kittens do you have, man?

Heather, are you sitting down? I have some great news. Beginning in March, the Jaguars can begin changing the team! SURPRISE!

How do you know the logo wasn't cursed by the Timicua?

I mean, you don't have to replace them. I'm sure (hope) you didn't recently just drop $500 on merch.

Did you ever see the old one? You didn't notice a difference?

I don't know, is it? I personally can't tell if an animal has a penis or vagina from just looking at it's head.

There were also plenty of exclamations of "THAT'S GAY" but I didn't really want to dive into why we still use a term describing homosexuals in a derogatory fashion as a society, but oh man were there a lot of homophobes in there.