The Jacksonville Jaguars have signed free agent defensive lineman Roy Miller, according to his agent. 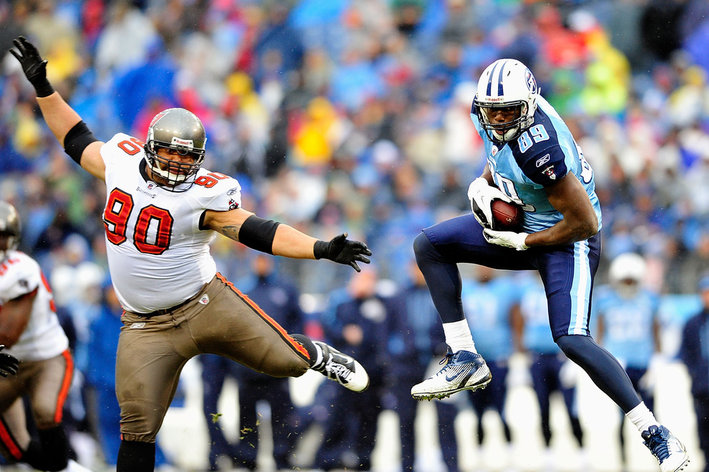 Roy Miller has struggled with injuries throughout most of his NFL career and was seen as a disappointment before 2012. That turned out to be his breakout season, though, as he turned into an outstanding run defender in the Buccaneers' 4-3 Under front as a tilted nose tackle. His value is limited because he brings literally nothing as a pass rusher, which is why the Bucs let him go, but he's great if you're looking for a run defending tilted nose tackle.

The Jaguars were looking for depth and potential starters on their defensive line as they start rebuilding towards a hybrid defensive front and Miller seems like a good fit.

Miller, 25, was originally a third round pick of the Tampa Bay Buccaneers in the 2009 NFL Draft. After playing in a rotational role as a rookie, Miller took over as a starter in 2010 for the Buccaneers before going back to a reserve role in 2011. In 2012, he returned to his role as a starter, taking over as the starter in 14 games.

As a rookie, Miller recorded two sacks as a promising 3-technique, but has developed into more of a run stopper since. In Bradley's defense, he will likely take on a similar role as a space-eater in the middle that can still play as a 3-tech.