Share All sharing options for: Justin Forsett signed by Jaguars, per report

The Jacksonville Jaguars have signed running back Justin Forsett, according to a report by John Oesher of Jaguars.com. Forsett announced on Twitter on Wednesday that he was making a visit with the team and now he's been signed to a deal. 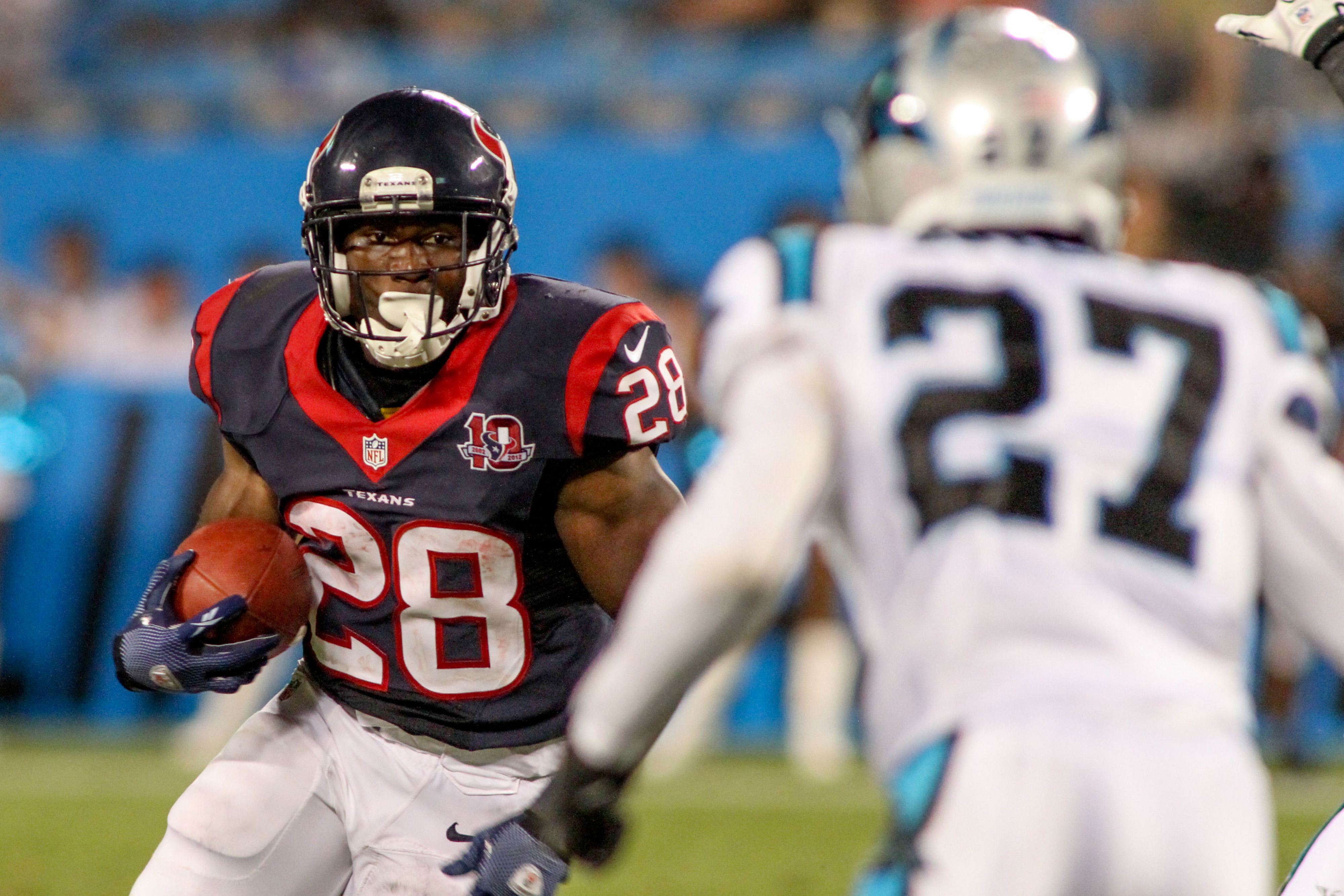 Instant fan-favorite in Seattle after he dazzled in the preseason his rookie year. However, much to the chagrin of many, he was released at roster cutdowns and for a short stint, spent time with the Colts. He was released by Indy though, and made his way back to Seattle where he, after cutting his teeth as a third-down back, for a short while became the Seahawks starting running back. He's explosive and tough- and for his size, can run between the tackles much better than you'd think. He's a good receiver out of the backfield, and his one-cut and go style makes him a good fit in zone blocking scheme, which he has a lot of experience with from his time in Seattle and Houston. He was known as a strong but quiet leader in Seattle, a really good guy, and I'm hoping he catches on somewhere this season and finds some playing time.

The former Cal running back was originally drafted by the Seattle Seahawks in the seventh round but was waived early in his rookie season.

After being waived, Forsett was claimed by the Indianapolis Colts and then waived again a few weeks later before being added to the Seahawks practice squad. Forsett spent the next few seasons with Seattle as a back up running back and kick returner before giving way to Leon Washington and leaving after his contract was up.

Forsett spent the 2012 season with the Houston Texans and should be able to add a dimension to the return game if he's signed by the Jaguars. He has played under both Gus Bradley and offensive coordinator Jedd Fisch. Forsett has played quite a bit in a zone blocking scheme and is only 27 with minimal wear and tear, so it's possible he could get a shot to be the guy if Jones-Drew doesn't return since he's been buried on depth charts in his career.

The terms of the deal have not yet been disclosed.