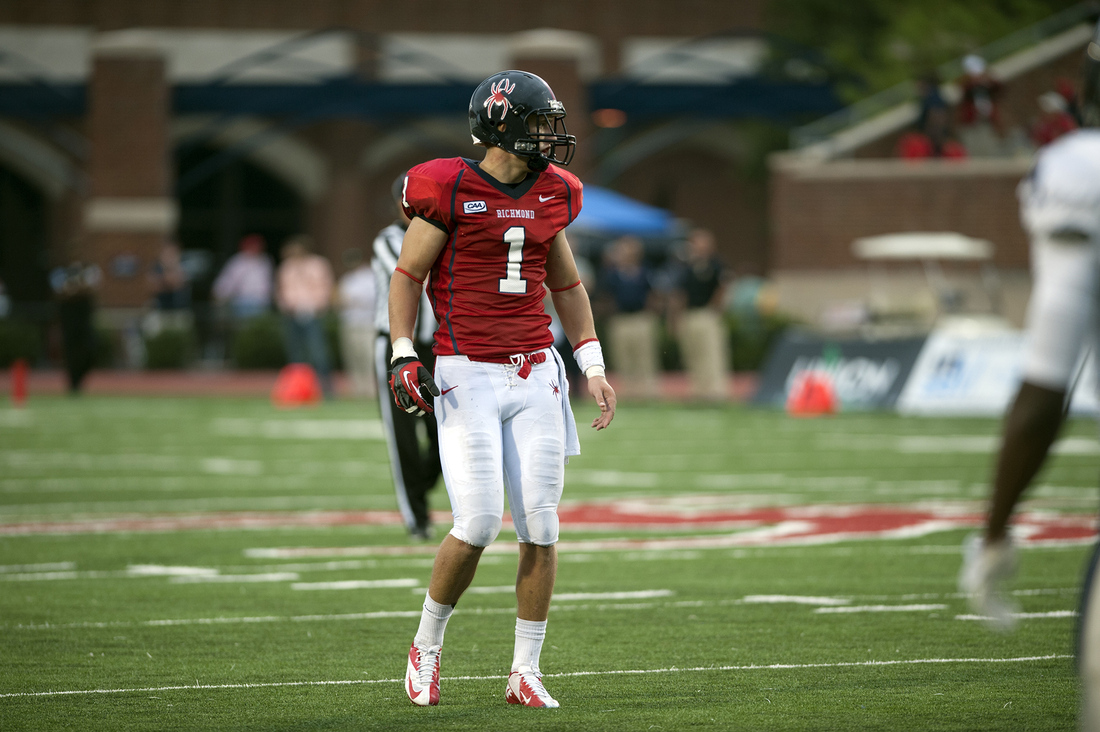 Taylor, who clocks in as one of the biggest safeties in the 2013 NFL Draft at 6'4" and 229 pounds, posted some impressive measurables at the Richmond Pro Day, posting what would be excellent numbers for a linebacker of his size. Taylor ran the 40-yard dash in times of 4.45 and 4.53, which is much faster than I expected him to run and put up 23 reps on the bench press.

Taylor also posted a 36.5" vertical jump as well as a 10'7" broad jump. In the agility drills, Taylor graded out excellent for his size with a 4.2 short shuttle and a 6.9 3-cone time which would have ranked him right at the same pace with some of the top safeties and corners in the draft.

In the Jaguars defense going forward, Taylor would be used as the "bandit" safety, similar to that of Kam Chancellor in Seattle where he operates as basically a fourth linebacker covering a shallow zone and the flat. When I was at the East-West Shrine Game practices and he surprised me with how fluid he was for his size and did a nice job picking up the backs and tight ends in coverage.