The first quarterback I charted was Mike Glennon of N.C. State, but I didn't really have anything to compare it to other than his own games, so I wasn't sure what to make of the data. I moved on to charting Zac Dysert however, who is one of my favorite quarterback prospects in the draft, and the data I'm getting is starting to get just a little clearer. 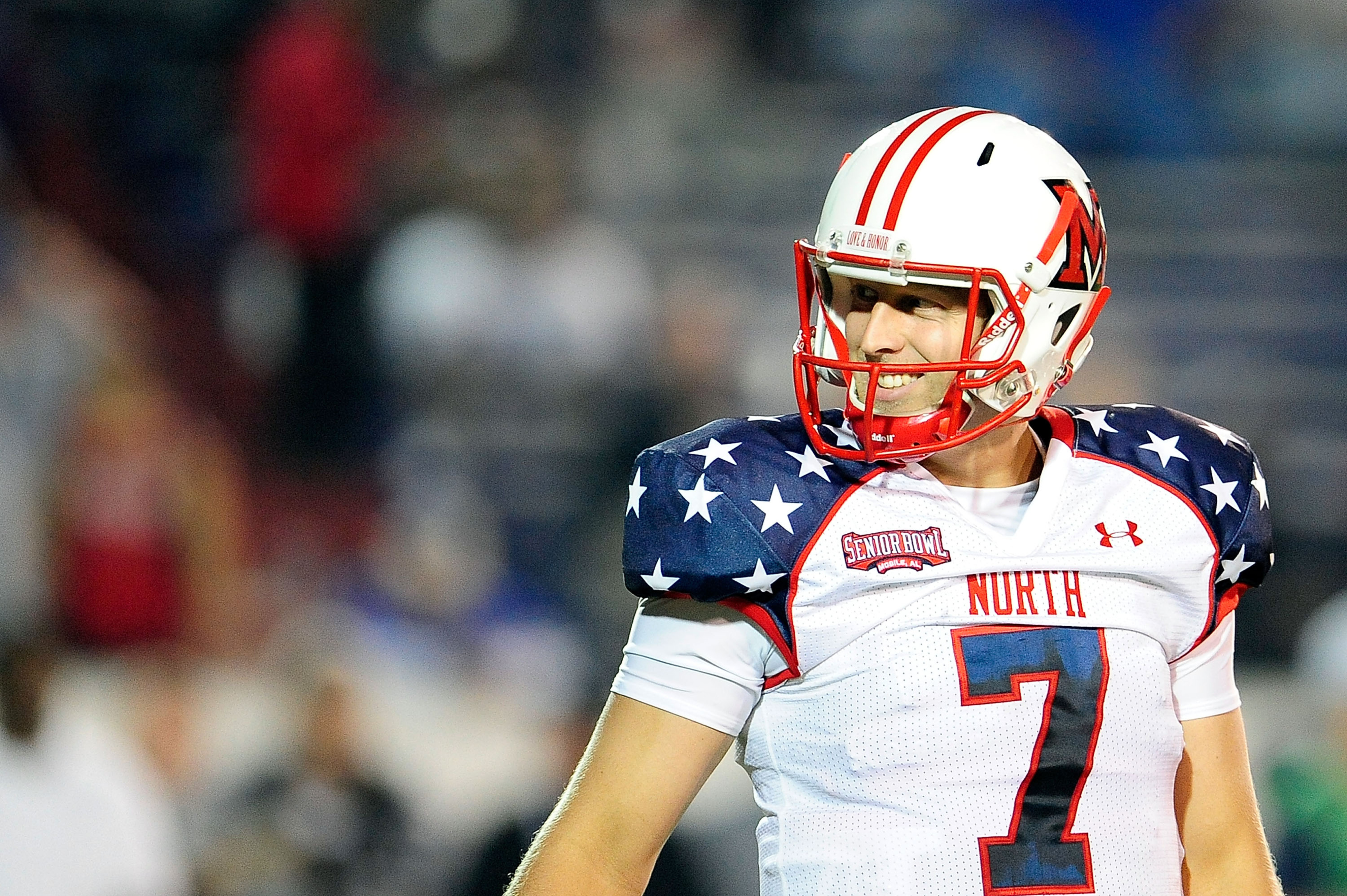 I chose Dysert's first game of his senior year against Ohio State. His stat line for the game doesn't look all that great, but if you put on the game film and watch him play, he's very impressive. Dysert is one of those MAC quarterbacks who doesn't jump out on the stat sheet, but a couple of times a game they'll make you say "Wow!" while watching them make a play. He seemed to be building some hype and momentum leading up to the Senior Bowl among the draft community, but a poor showing there seemed to have torpedoed a lot of that, but that doesn't change what he did on film during the season and I still have him as my No. 3 quarterback in the 2013 NFL Draft.

Dysert doesn't have the strongest arm, but it's plenty strong enough to make all the required NFL throws. His offense his final year at Miami (OH) was built around quick passing because of their inefficiencies on the offensive line, especially up the middle. This led the Redhawks to run more quick passes from the shot gun formation, though Dysert has played under center in the past, including some pistol formations. Dysert seems to love attacking the seam and the sidelines and has been noted before as saying he's a big fan of the "smash route" concept.

Dysert seems to put enough velocity when it's necessary and knows when to utilize touch as well. He seems to throw a catchable football, often placing it in spots where the receiver can make a catch. The best part of Dysert's game however tends to be how he reacts to pressure. He doesn't seem to panic when he has defenders bearing down on him and it doesn't seem to effect his reading the field, as he keeps his eyes down the field even when sliding the pocket or rolling out.

Dysert is mobile enough to be an effective passer on roll out plays and even threaten for a first down if the play breaks down and he takes off, but he's not going to be Colin Kaepernick running with the football. Think more Tony Romo, Ben Roethlisberger, or later Mark Brunell, where they can pick up some yards with their legs but they're not going to be running down the field 50 yards at a time. Dysert does a good job using this athleticism to keep plays alive in the passing game, but it can also lead him to him trying to force plays that aren't there.

The biggest questions for Dysert at the next level will be coming off his first read, which he didn't have to do a lot his senior season due to the offense. There are plays however where he does manipulate the safeties with his eyes and will go through his progressions to find the open man, but it's just not enough as you'd like. He also might have some bad habits of forcing plays, as mentioned before, due to playing on a team that was often out-manned and relied on Dysert to make things happen. His 2012 play also regressed a bit from 2011, which can be a concern.

The first game I charted for Dysert was the Ohio State game, which if you look at the box score doesn't look like a very good game from Dysert, but it was actually a very impressive game for him. Miami (OH) lost the game 51-10 ultimately, but the game was only 21-3 at halftime and it could have been tied if some things had gone right for Dysert and the Redhawks, including players actually catching the football.

As you can see on the chart, Dysert didn't go red in any area of the field and a lot of that was because he had so many drops. I counted 10 drops on the day for Dysert, including three passes over 15 yards in the air, one of which was a 50-yard bomb that Dysert threw on the run and off his back foot, perfectly placed for the receiver who ultimately dropped it.

As mentioned before, the game featured a lot of quick throws to the sideline and slants over the middle, but Dysert constantly put the ball where the receiver could catch the pass and make a play with it. He also recognized a few things Ohio State was doing pre-snap and attacked downfield picking up some big chunks of yardage.

For much of the game on the longer developing plays, Dysert was under duress and continuously kept plays alive by either rolling the pocket or sliding and evading rushers. He did throw two interceptions late, but the game was already in hand. One of the interceptions was a pass that sailed on Dysert, which is what tends to happen when he misses, and the other was him trying to force a play that wasn't there late and missing a read in the flat.

The next game I charted for Dysert was his 2011 matchup with Temple, mostly because it was when he was able to work from under center and utilize play action more than the quick passing game Miami (OH) used in 2012 to make up for their woes on the offensive line.

Personally, I would feel comfortable taking Dysert in the second round, especially if I didn't need to start him right away. He has some mechanical issues that will need to be worked on, which causes his passes to sail at times, but with coaching that's something that should be fixable. He's also accustomed to playing under-manned, so an injection of legitimate receiving options might lean to him being even better on the field.