As the Jacksonville Jaguars make the transition to a hybrid defensive front they'll be taking a hard look at some of the "tweener" players in the 2013 NFL Draft. One player in particular that is essentially the epitome of a tweener is Georgia linebacker/defensive end Cornelius Washington.

If all you had to go on was the 2013 NFL combine, Cornelius Washington might be listed in your Top 10 players because of his pure athleticism. Running a 4.55 in the 40-yard dash at 265 pounds, ranking in the Top 5 in the bench press, broad jump, vertical jump and possessing a long frame at 6'4" with 34" arms, Washington has what a lot of teams look for in a pass rusher.

The problem with Washington is it doesn't always show up in the tape and especially didn't show up on the stat sheet, as Washington finished his career with just 10.5 sacks in his four year career at Georgia, including just 0.5 sacks his senior season. A lot of that isn't necessarily on Washington however, a lot of it was how he was used on Georgia's defense, including his senior season.

"He has the frame, long arms and motor to contribute as a Sub rusher in his rookie season... ...He has the tools for a quality defensive line coach to develop very quickly."-Phil Savage

The 2013 Senior Bowl is where I really first took notice of Washington, as during pass rushing drills I repeatedly kept saying to myself "Wow, who is this Georgia guy?" because of how often he would beat the offensive lineman in drills. In fact, the executive director of the Senior Bowl and former NFL general manager Phil Savage kept record of the wins and losses during drills, tallying Washington with six wins and two losses in pass rushing drills. Washington also finished the game with a tackle, sack, tackle-for-loss, and a forced fumble in two quarters of play.

Washington was able to play with his hand on the ground as a 4-3 defensive end at the Senior Bowl and it played more to his strengths than playing the five-technique and outside linebacker like he did his senior season at Georgia. It allowed Washington to show off his get-off spend and ability to get around the edge, like he does in the very first play of the video above. It's part of the reason I used a 2011 video, because Georgia uses him more to his strengths rather than using him as another player to free up rushing space for linebacker Jarvis Jones. 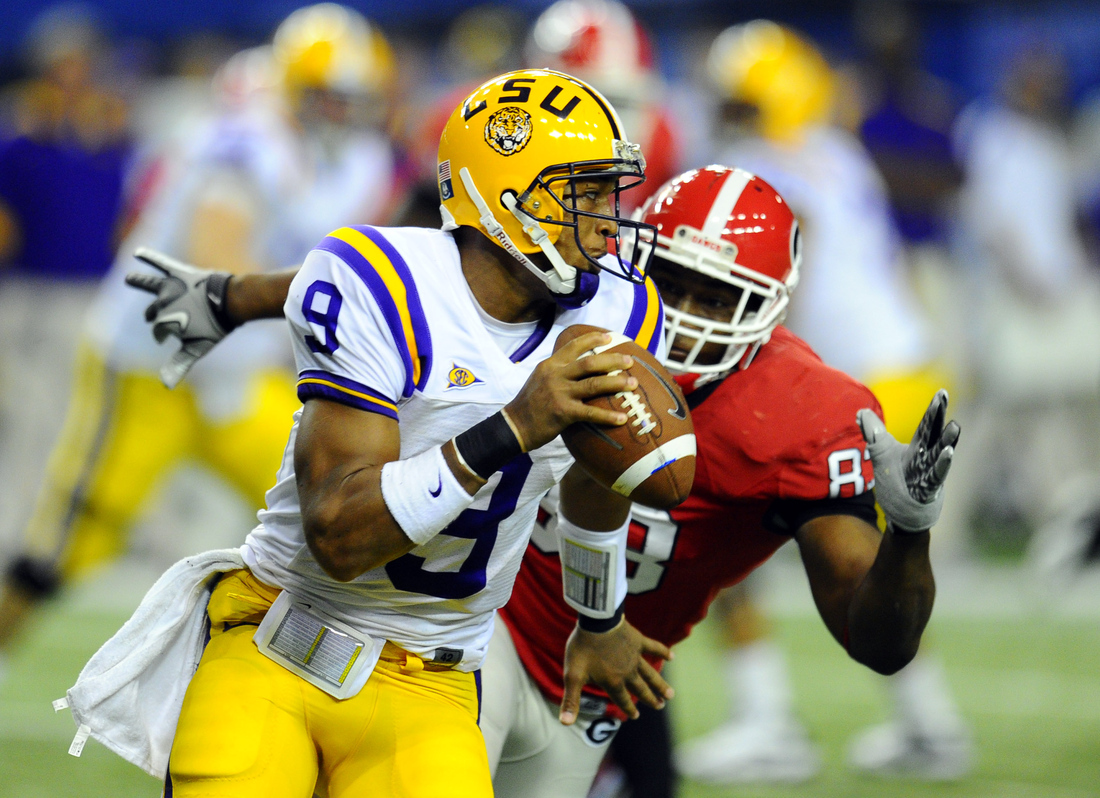 When Washington is lined up wide in a three-point stance, he can fire into the backfield like he was shot out of a cannon. He's also a strong and violent rusher who likes to get dirty and doesn't shy away from contact. He's a tall and long defender who's versatile enough to line up wide and rush the passer or stand up as a linebacker and come off the edge. He will show strong hands at times and can use his length to create space and clear a blocker, but it's something he'll need to get more consistent at with coaching.

The biggest issues for Washington are that his production at Georgia didn't match his raw physical ability, but he also wasn't a full time player on a defense stacked with talent and didn't really have a true position in the 3-4 front. His senior season Washington was used as both an outside linebacker and a down end in the 3-4, but at the NFL level would be best used as a 4-3 defensive end lined up wide, and I feel would make a good fit in the Jaguars defense as a LEO player, as Washington has the ability to rush of the edge standing up and drop back into coverage when needed.

At this point Washington doesn't really have a counter move and because of it can be neutralized by good pass blockers who get their hands on him, but that can be something that good coaching can correct if Washington works on his craft. He's not a natural bender around the edge, but he knows how to work and disrupt in the backfield.