There are plenty of starter quality offensive tackles in free agency.

Now that the NFL franchise tags have been handed down and we know which free agents will actually hit the open market, we can begin looking at the players who are going to be available. The offensive line is likely going to be one of the areas the Jaguars could address in free agency, especially at the right tackle position.

Branden Albert got hit with the franchise tag, but William Beatty signed a contract extension last week. Using Beatty's extension as a baseline, we can look at the tiers of the free agent offensive tackles and rank them as players who will likely be looking for/get more than Beatty and then more players that would seem to fit what the Jaguars are planning on going after. Beatty's contract was for five-years, $38.75 million with a $12.5 million signing bonus, and an average salary of $7.75 million per year. The Jaguars most likely will be looking to land a player making less than that. 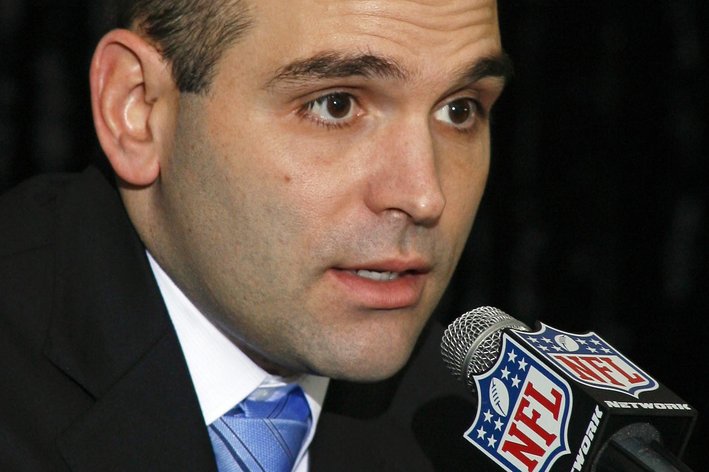 The Jaguars won't be active on high dollar players.

Andre Smith, RT - Smith has been fantastic for the Cincinnati Bengals the past two seasons on the right side after dealing with a foot injury that limited him his first two seasons in the NFL. Most remember Smith for his shirtless 40-yard dash time after he left the combine early, but the former sixth-overall pick is arguably the best overall offensive tackle on the open market and he wants to be paid like it, as reports indicate he's looking to get around $9 million per season on the open market. There are only a couple of teams with the cap room and the need at the position that could be in play for Smith and I don't expect the Jaguars to be in that conversation.

From Jason Garrison of Cincy Jungle on Smith:

The Bengals decided not to pay Smith a $4.75 million option bonus in the 2011 season that would have kept him in Cincinnati for another two years. In hindsight, I'm sure they wish they could have taken that move back, but, in their defense, Smith hadn't lived up to his paycheck at that point in his career.

Jake Long, OT - The former first overall pick in the 2008 NFL Draft appears he will now hit the open market and test the free agency waters. Long has been a good left tackle for the Miami Dolphins, but has dealt with some injury issues the past two seasons, including finishing the 2012 season on injured reserve. Long is a four-time Pro Bowler at left tackle, but there has been some talk that teams might feel he's a better fit at the right tackle position going forward. Right now, reports indicate Long is looking for $11 million annually, which is likely going to put the Jaguars out of the running for his services.

From Keith Beebe of The Phinsider:

However, he's finished the past two campaigns on injured reserve--a torn bicep in 2011, torn triceps last season--and will be considered a risky signing for any team looking to throw big money at the left tackle position. He also costs more than the rest of Miami's current offensive line, so there's that.

Phil Loadholt, RT - Loadholt is a mauling right tackle, especially in the running game, and has been part of the key to Adrian Peterson's success the past few seasons. Loadholt's coming off an excellent season in 2012 and the former second round pick was not franchised by the Minnesota Vikings. The Vikings have expressed interest in re-signing Loadholt before free agency starts, but that deadline is looming large as teams can begin negotiating with players on Saturday. Loadholt will likely be looking for good money on the open market, but again there are only a handful of teams who have the cap room to put big money on a right tackle. Loadholt would be a great signing for the Jaguars, but I'm not sure they're looking to spend that kind of money this offseason.

From Chris Gates of Daily Norseman:

While Loadholt is one of the league's better right tackles, giving him that amount of money. . .which would tie up nearly all of the Vikings' currently available salary cap space. . .would be insane. According to an article put together by 1500 ESPN's Tom Pelissero back in October, only four of the 20 highest-paid offensive tackles in the NFL are right tackles. Right tackles in the NFL just don't make the kind of money that the franchise player designation would entitle them to.

Tier 2, Won't be cheap, could be on the radar

Sam Baker, OT - Baker has a clear connection with Jaguars new general manager Dave Caldwell, so it makes sense that he could draw the teams interest. Baker has played left tackle the majority of his career with the Atlanta Falcons, but many feel the 27-year old can flip to the right side and settle in long term as a solution. Baker is another in the saturated market of free agent offensive tackles who will be looking for deals but there won't be a lot of teams looking to hand out contracts.

From Dave Choate of The Falcoholic:

I don't need to tell you that this complicates the market. The Falcons were always likely to be focused on bringing back Sam Baker, because he'll be reasonably affordable and he's familiar with the offense.

Sebastian Vollmer, RT - Vollmer has been the starting right tackle for the New England Patriots for the past few seasons, and has played at a relatively high level when healthy, but those words are going to be the issue with Vollmer. Vollmer missed 10 games in 2011 and one game in the 2012 season, dealing with back issues which usually is a big red flag with an offensive lineman. Vollmer had offseason surgery on his knee in February, which is going to likely drive down his price tag in free agency. If Vollmer medically checks out, the 28-year old could be a solid signing for a team like the Jaguars in free agency.

Gosder Cherilus, RT - Cherilus is coming off the best season of his career, which to some screams "contract year" warnings, but he has been a solid right tackle for the past few seasons. Cherilus also has experience in a zone blocking scheme, which the Jaguars will be utilizing this season. The Jaguars offensive line coach, George Yarno, also has experience working with Cherilus so it could give the team an inside track. The 28-year old and former first round pick likely won't be a highly sought after player on the market, but he's a solid starting caliber right tackle who could be just what the Jaguars are looking for.

From Sean Yullie of Pride of Detroit:

At right tackle, Cherilus is coming off of the best season of his career. Many analysts believe he was the Lions' best offensive lineman in 2012, which bodes well for him as he enters free agency. The tackle market is quite deep, so he may not be able to go out and get a monster contract, but I don't expect him to return to the Lions

Ryan Harris, RT - Harris spent the last season as a back up right tackle on the Houston Texans in their zone blocking scheme and spent the previous four seasons with the Denver Broncos as a starter in their zone blocking scheme. Playing primarily as a back up on the Texans, Harris is set to hit the open market and could be a fit in the Jaguars new zone scheme and shouldn't command too much on the open market. Some believe that the Washington Redskins under Mike Shanahan could be in play for the 27-year old as well.

He was only signed to fill an injury-vacated spot. I don't think Harris returns, especially if they want to add a better tackle to properly challenge Newton.

Jason Fox, RT (RFA) - The Lions are letting Gosder Cherilus walk in free agency it seems and part of that is because the team feels they can re-sign Jason Fox in free agency and he's ready to start. The 24-year old offensive tackle was active for just one game in 2012, but Lions general manager Martin Mayhew talked up Fox at the NFL combine. "We think he has starter type talent level. He has the size, he's a strong enough guy, he's a good technician, he's a hard worker," Mayhew told reporters. "We think he has the ability to start for us." If the Lions really feel that way, it's possible Jaguars offensive line coach George Yarno does too, being as he helped develop Fox.

From Sean Yullie of Pride of Detroit:

The fact that the Lions seem to think so highly of Fox suggests to me that they wouldn't be opposed to sliding Reiff inside if Backus returns and Cherilus departs. The left side of the line would remain unchanged in this scenario, and you could have Reiff at right guard and Fox at right tackle.