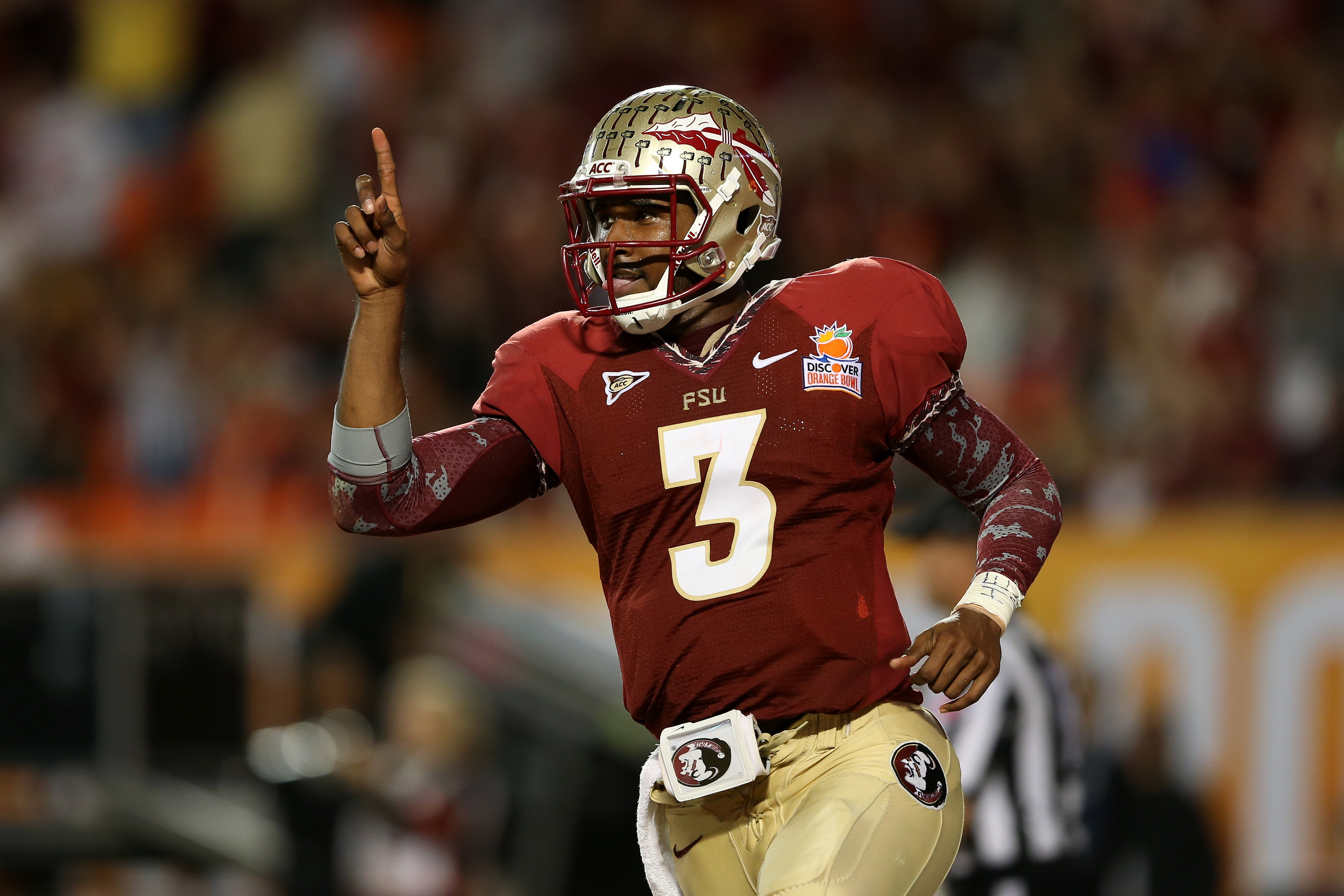 The next quarterback we're going to look at is another polarizing one who seems destined to be drafted a lot higher than most people expect. Florida State's E.J. Manuel is the definition of a "tools" guy, standing at 6'5" and nearly 240 pounds with the ability to run and throw the football down the field.

Manuel's arm isn't what you'd expect from quarterbacks typically his size, but it's more than enough than what's required in the NFL. He can put the velocity on deeper out patterns that teams want to see at the NFL level. He also knows when to utilize touch and put air under passes, but the big problem is still his overall accuracy.

Manuel is what scouts call "area code" accurate, which means that he puts the pass where a receiver can make the catch, but it's not typically easy for the receiver to make the catch. Manuel seems to make his receivers work harder than they should at times and that likely stems from Manuel not being a natural thrower. He seems robotic in his motion and movement. He also more often than not overshoots deeper passes, lacking the ability to gauge the air under the football needed, but he's willing to take shots down the field. Manuel also struggles with anticipation throws and often needs the receiver to already be open to make the throw if it's not a pre-defined read.

Manual has operated out of the shotgun and under center, but has experience turning his back to the defense on play action and needing to re-scan the defense after the snap, but his footwork overall and pocket presence are still big issues. Manuel can tend to get happy feet in the pocket when his first read isn't there and can often feel phantom pressure, which causes him to hesitate and then take off running. When Manuel commits to running he can pick up chunks of yards, but it's typically in a straight line or at an angle to the sideline rather than making guys miss, he's not necessarily an agile runner like Michael Vick or Robert Griffin III.

Manuel doesn't turn the ball over a lot, but he turns it over in inopportune times and doesn't always show up when he's under pressure. Most consider his career at Florida State underwhelming after the hype he had coming in, as his overall statistics weren't always gaudy or eye-popping like that of a Geno Smith or Matt Barkley. He also needs to do a much better job of stepping up in the pocket and using his athleticism to throw and buy time rather than just taking off.

Manuel can run read-option and pistol concepts however, which will be a big plus for teams looking to go into the "new wave" of offenses that teams were successful with in 2012. Manuel, by all accounts, is also a leader on the field, a hard worker, and a great teammate.

Clemson was actually one of the better games E.J. Manuel has had in his entire career, as far as displaying his full package as a quarterback. Manuel was up and down early on in the game, but in the second half really got into a rhythm when the FSU offense went to more of a quick passing game and Manuel was getting the ball out on the third step in his drop.

The offense incorporated more traditional option plays as well, which Manuel is much better than than running what's commonly referred to as "read option". In the game, Manuel took what the defense gave him, which included picking up yards with his legs when it called for it and attacking the sidelines in the short passing game.

Against Notre Dame during the 2011 season in the Seminoles bowl game, Manuel was much more erratic than he showed against Clemson, mind you this is his junior season and Clemson was his senior year. Manuel was under a lot of pressure in this game however, so I wanted to chart how he did under duress, and it wasn't very good.

Manuel continued to attack the intermediate routes, though he often sailed passes in the 15+ yard range because he constantly threw off his front foot and didn't stride into his throws. Manuel was injured in the game as he fractured his left fibula, which was the leg he kept throwing off of.

Manuel took a lot of sacks in the game as well, seemingly either panicing or looking confused under the pressure the Notre Dame defense brought consistently and instead of simply throwing the ball away would retreat backwards and lose massive yardage.

The bottom line on Manuel is to me he looks like a 3rd or 4th round high upside quarterback, but because of the trend in the NFL and his physical attributes alone he's likely going to go in the late first or early second round. I compared Manuel to Jaguars quarterback Blaine Gabbert, because I feel entering the draft they're very similar prospects. Both were big athletic guys who could pick up rushing yards if need be and run some option concepts, and both have more than enough arm to make all the throws. Both share the same negatives as well, in that they don't seem to do well under pressure in the pocket and often feel phantom pressure. When Manuel is under pressure his decision making and accuracy seem to go out the window, which is likely why most of his turnovers come at the most critical moments. Both also seem to sail a lot of their deeper passes, stemming from poor footwork and not driving their throws.